Start Your Whiskey Collection With These 10 Bottles

(Bloomberg) -- Want to live rich in the year ahead? Sign up here for our newsletter featuring the best of Bloomberg Pursuits, delivered weekly.

A proper sherried malt is a beautiful thing to behold. Burgundy liquid brimming with the richness of over-ripened stone fruit, it balances aromatic intensity against structural nuance. While a seasoned whisky enthusiast might count one as the ultimate dram, savvy investors see it as an ideal asset. The Macallan 25—a bottle exhibiting all of the aforementioned attributes—retailed for $900 in 2013. Today, you won’t find it for under $2,000.

Rare whisky has outperformed every other luxury asset, including fine wine, soaring some 564% in the last decade, according to the Knight Frank 2020 Wealth Report. Rising demand from Asian investors has led to marquee auctions—and even cyberattacks—regarding bottles that were expected to top $2 million.

The Scotch whisky market isn’t the only one susceptible to the surge. For the better part of the 21st century, the price of virtually all aged spirit has soared. As a result, even some wealth funds and indices comprising exclusively distilled liquid commodities promise average returns of 12% to 15% per annum.

Ultimately, all the juice is meant to be enjoyed. Whether you’re just getting into the whiskey game or are a veteran collector, it’s becoming increasingly difficult to decide whether the latest limited release at your local bottle shop is worth sipping now or saving for later.

The obvious answer is to do both. Sneaker heads refer to the behavior as buying “one to stock and one to rock.” For the boozehounds out there, I humbly offer: “Store it or pour it.”

The exceptional liquids below constitute some of the highest quality liquids to hit the market over the past several years. They encompass a wide range of regions—from unexpected bourbons to decades-old Scotch to new world Indian malt—a broad spectrum of spirit to create a collection with a story worth showing and with a value expected to keep growing. Prices listed are retail, although they can vary widely, especially for the more limited releases.

Assuming you can only procure a single example of each, let’s take a look at whether or not it’s best to keep a cork in ’em—for now.

This elegant bottling helped put Indian single malt on the map when it debuted in 2009. Today, it remains the gold standard of the style. The name derives from its production specs: a joining of Indian malt with peated malt from Scotland, forming a robust and smoky liquid that lingers on the palate well beyond each sip. It’s  great conversation piece on the back bar—and an even better value, at under $75. Verdict: Pour It

Although this distillery has been based in Lexington, Ky., since 2008, its giraffe-like copper pot stills came straight out of Scotland. The liquid held herein was among the first to hit the barrel—freshly decanted Oloroso Sherry casks—where it slumbered for 11 years. What emerged is characterized by decadent notes of dates and dark chocolate. With only 3,000 bottles in circulation, it’s likely to see a surge in value in the years ahead. Verdict: Store It

Whisky giant Mark Reynier—the man who helped revitalize Bruichladdich scotch—has set sight on the Emerald Isle. His efforts have resulted in a super terroir-driven single malt that showcases the superiority of the barley at its core, with all grain grown and harvested from a singular farm. It arrives on U.S. shores with this offering: an 100-proof butterscotch bomb. It’s a joy to drink, sure. But the first edition in any intended series typically appreciates best, particularly when said series takes off, as Waterford is poised to do in the months ahead. Verdict: Store It

Exceptionally complex, with hints of sandalwood and caramelized sugar in alternating turns, this age-statement single malt out of Denver is also exceptionally elusive. An initial release consisted of just 500 bottles, available in New York, California, and Colorado. More should soon be coming, as this is intended to become a permanent brand extension. So if you do manage to track it down, it’s worth more to savor than save. Verdict: Pour It

Macallan’s Double Cask range features liquids that have been matured in both American and European oak, each previously seasoned with sherry. The lineup consists of a 12-year, a 15-year, and this elder statesman, which is the most sophisticated of the bunch. This 86-proof liquid drinks exceptionally easily, unfurling a smidge of sultana and ginger spice from its auburn body. It’s also readily available as part of the brand’s core expressions. Verdict: Pour It

To celebrate its sesquicentennial birthday, this beloved Kentucky distillery unveiled three separate batches of limited-edition barrel-proof bourbon—each with its own nuances and exceptional in its own right. Although they won’t be bottled again, there’s no age statement here, which tends to temper investment potential. And since it’s such a joy to drink, it will do you far many more favors in the glass now than it ever will at some future affair. Verdict: Pour It

This Highland distillery has been overlooked by American drinkers for far too long. A recent rebranding looks to change that. Having formerly sold a series of vintage releases, it’s now pursuing the age-statement route, deploying sleek. stylish bottles to highlight the elegant, rounded liquid within. The most mature of the lineup is a medium-bodied malt aged for a quarter-century in ex-bourbon casks before finishing for several months in Spanish oak. Many of its scotch counterparts—of comparable age and quality—currently fetch more than double the cost cited here. Verdict: Store It

When it comes to collectibility, few American producers can claim the credentials of Michter’s. The Kentucky whiskey maker’s special editions routinely climb five times above retail price within a year or so of initial release. This one is a prime example: a velvety melange of burnt sugar and winter spice. It’s been three years since a barrel was last deemed  spectacular enough to sell, so pounce if you find one of  348 new bottles anywhere near the $1,000 retail price; they’re already seven times that on the secondary market. Verdict: Store It

Bourbon does not age the way scotch does. Because it rests in virgin cooperage and endures wide climactic shifts between seasons, the whiskey of Kentucky tends to be over-oaked by the time its Scottish cousin is just getting warmed up (around the 10-to-12-year mark). O.F.C. exists as a stunning exception to this rule. Buffalo Trace’s little-known second luxury label makes Pappy Van Winkle seem like Bud Light. And although this bottle was laid down during Bill Clinton’s first term as U.S. president, it remains entirely unimpeachable: tobacco, leather, and candied cherry on the palate, with a slight tinge of smoke tapering the finish. With such a high starting price, there’s not much room to roar as an appreciating asset, so if you’re willing to lay down $2,500 on a bourbon at retail, chances are you can afford to enjoy it, too. Verdict: Pour It

Here’s something you won’t readily find: an impeccably stewarded scotch malt holding a half-century’s worth of maturity. Bottled at a cask strength of 51.3% ABV, its noses evokes the fresh floral bloom of Scotland in spring. On the tongue hums marzipan, with the slightest intimation of toasted coconut along the edge. (That’s the least it should do, considering the price.) But here’s the thing: This liquid is almost criminally undervalued. While it comes by way of an independent bottler who hunts down rare casks, the Speyside distillery from which it was sourced just released its own 50-year-old counterpart … for $35,000! This one is essentially the exact same liquid for less than 1/6th the cost. Plus, the Last Drop mercifully accompanies all of its ultra-luxe releases with a 50 ml miniature. So you can pour and store. Everyone loves a happy ending. Verdict: Store It 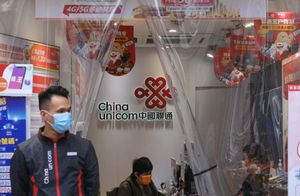 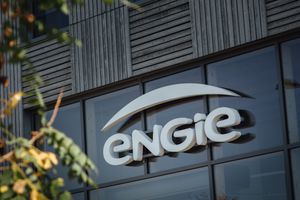