By Cameron Woodhead and Fiona Capp

Our book critics Cameron Woodhead and Fiona Capp cast their eyes over new fiction and non-fiction releases. Here are their reviews. 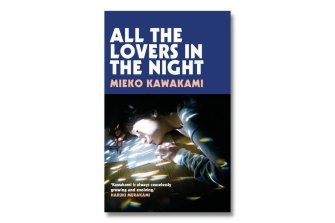 All the Lovers in the Night by Mieko Kawakami.Credit:

FICTION PICK OF THE WEEK
All the Lovers in the Night
Mieko Kawakami
Picador, $32.99

Fuyuko is a moth-like 34-year-old copy editor leading an isolated life. With no partner, no vices, and no close friends, the recluse has become a creature of routine, interacting sporadically only with her vivacious supervisor Hijiri, who introduces her to sake and beer. The novel then pitches from ghostly dissociation into drunken underworld, reeling through a darkly futuristic nightscape, while a beam of light emerges through geek romance. The physicist love-object, Mutsutsuka, may or may not be a fantasy, but he delays, for a time, Fuyuko’s confrontation with the trauma that has hollowed out her life. Mieko Kawakami is a visceral force in modern Japanese fiction, and she handles this unravelling with bold vitality, her psychological insight as scalpel-like as her descriptive powers (which she turns, among other things, to superb evocations of 21st century Tokyo at night). 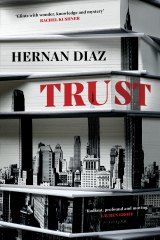 If postmodern literature has a reputation for disappearing up itself, metafictional technique is brilliantly deployed in Hernan Diaz’s Trust. Truth lies buried in a trail of money in this puzzle-like tale. It begins as Bonds, a novel-within-a-novel set in 1920s New York. We first follow a Wall Street tycoon and his arts patron wife as they scale opulent heights of wealth and celebrity. Traces of F. Scott and Zelda Fitzgerald peak out from behind the glamour; yet economic disaster looms, and with it a fearful reckoning. Next come notes on the story we’ve just read and the dismantling continues as we switch to a Brooklyn secretary during the Depression. She’s employed by a mogul upon whose life Bonds was based – a narcissist incensed by liberties taken and determined to tell the story his way. It’s a wrong-footing literary labyrinth that pulls the reader deeply into questions of how extreme wealth can bend reality, how easily truth can be manipulated by the powerful. 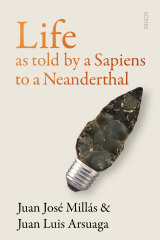 Life as told by a Sapiens to a Neanderthal by Juan Jose Millas & Juan Luis ArsuagaCredit:

Life as told by a Sapiens to a Neanderthal
Juan Jose Millas & Juan Luis Arsuaga
Scribe, $29.99

Human prehistory may confound any hard boundary between fiction and non-fiction. The evidence tantalises the imagination, and the subject has drawn literary interest – one thinks of William Golding’s obsession with the Neanderthals in The Inheritors – for what the crucible of evolution might tell us about human nature. Life as told by a Sapiens to a Neanderthal unites one of Spain’s most prolific and popular contemporary novelists, Juan Jose Millas, with a professor of palaeontology, and the result is a musing, wise and impeccably crafted unearthing of European prehistory as it pokes through the veneer of the contemporary world. It’s the kind of essayistic literary work that draws story from stone in the way W.G. Sebald does, and will probably appeal, too, to readers who lean more heavily towards the non-fiction side of the border, such as fans of the late Stephen Jay Gould. 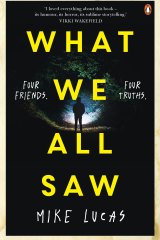 What We All Saw by Mike LucasCredit:

A decent introduction to Stephen King-style horror for early secondary readers, Mike Lucas’ What We All Saw focuses on four friends – Shell, Gray, Charlie and the narrator – who, we are told from the outset, cover up a child’s death. They have all heard the rumours about Hag’s Drop, an imposing cliff from which, it is said, witches were thrown to their deaths long ago. They say the place is still haunted by the spirit of a vengeful witch, and when the children tempt fate by investigating, things take a deadly turn as a nightmare comes alive. I particularly enjoyed the character of Shell, a lively vision-impaired girl who seems the most vulnerable to danger but who is also the wisest, the one who sees what others don’t. The novel remains age-appropriate – there’s nothing too eye-meltingly horrific – and is essentially a well-turned buddy story clothed in the tension of psychological and supernatural horror. 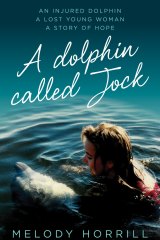 Melody Horrill grew up holding her breath, fearfully waiting for the next violent eruption between her parents. It was a childhood that left her disconnected from the world and the people around her. Serendipity in the form of an encounter with a damaged dolphin called Jock opened her “to the possibility of belonging, of love in its raw, unfiltered form”. Woven into the dark story of her background is the light that Jock brought to her life when she started working as a volunteer, monitoring river dolphins in the waters of Port Adelaide. The trust that the solitary dolphin showed her, his unbridled expressions of joy in her company and his hunger for connection transformed her. The poignant arc of their story has the satisfying quality of a contemporary fairytale with an urgent message about the fragile yet profound bond between humans and the natural world. 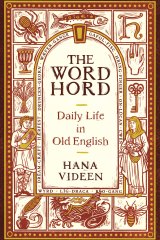 The Word Hord by Hana VideenCredit:

When the term “wordhord” appears in Old English literature, it is usually paired with “unlock” – which is exactly what this delightful book does. It unlocks the 1000-year-old treasure trove of Old English words that inflect our language and understanding of the world. While some Old English words such as “bliss”, “cild” (child), “wis” (wise), “craeft” (craft) and “englisc” (English) live on almost unchanged, others seep into our consciousness surreptitiously. “Dom” has been replaced by ‘judgment’ – from the French after the Norman invasion – but persists in “doom”. The earthiness of much Old English makes it ripe for revival. Take “end-woerc” for “pain in the buttocks” or “torn word” for a word that causes grief or distress. And what a shame we can’t give COVID the more inspired name of “Oelf-siden” (elf-enchantment): an unknown affliction accompanied by fever. 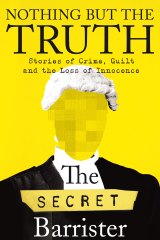 Nothing but the Truth by The Secret BarristerCredit:

Nothing but the Truth
The Secret Barrister
Picador, $34.99

When this anonymous British barrister started out, they held strong convictions that “bleeding-heart sob stories do not absolve you of your part in the social contract”. Exposure to the world of criminal law changed them utterly. The Secret Barrister opens with law school and the hyper-competitive “brown-nosing race to the bottom” to get pupillage with an experienced barrister, building to the moment when it dawned on them that people caught up in the criminal justice system could be genuinely innocent. As the years pass, there are the hazards of exposure to harrowing cases and gruesome images, and how this can leave one veering between flippancy and paranoia. While it may sound grim, this journey through the underworld of the criminal courts is written with a knowing lightness of touch, a seasoned wit and a honed appreciation of the messy complexity of human affairs. 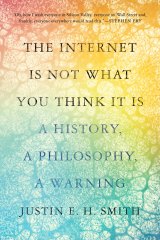 The Internet is Not What You Think It Is by Justin E. H. SmithCredit:

The Internet is Not What You Think It Is
Justin E. H. Smith
Princeton University Press, $34.99

Early on, as he grapples with where the internet has landed us, philosopher Justin Smith charges it with being “anti-human”. Yet, just as the internet is not what you think it is, neither is this book. While Smith addresses what is wrong with the web – especially compelling is his exploration of how it affects our attention and how it encourages us to trade our sense of self for “an algorithmically plottable profile” – he is also offering a big picture vision of this machine-assisted communication as an extension of all forms of communication in nature. In terms of human history, he argues, the internet’s evolution “is only the latest twist in a much longer history of reflection on the connectedness and unity of all things”. So, even as he shows how the web is warping us, he remains alert to the weft of the whole fabric and to the positive potential it holds. This is a demanding read but well worth the effort.