All the things I never got around to actually doing in iso...

Two months ago, facing a COVID catastrophe and the looming expectation of staying at home for weeks, I brainstormed activities to get my family through. I thought if I went into lockdown prepared it might help to cope with the idea of all this empty time. 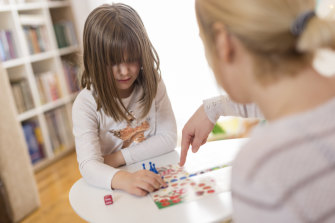 Board games seemed like a good idea at the time...Credit:iStock

As we emerge from the most intense part of isolation, but with home schooling and home working still happening, I’ve reflected back on my (quaintly naive) ideas and realise most lie buried under the piles of Lego, paper and general household debris that is iso-life with children.

How did my aspirations for learning a new language go? Well, for starters, my children had decided on the extremely lyrical, yet highly impractical Gaelic. So after one clunky attempt at curling our tongues around the vowels, coupled with the arguments about who was using the iPad first, quite frankly I totally lost the will to continue. I’ll try again in a decade. The only language I’ve become semi-fluent in is Minecraft.

I intended on making phone calls to friends and family. This was me thinking I’d have glorious stretches of blank time to lie around and just … chat. I now look back at this aspiration and laugh – if I thought I had no spare time before COVID-19, it vanished completely after. Screen time has gone through the roof, and I’m working evenings and weekends to fit my own job around home schooling and general childcare. When I have managed to chat to another mum it’s been great, but sometimes talking to those who aren’t juggling children actually makes me feel slightly worse – it serves to underline that the isolation experience is very different depending on your life circumstances.

I wanted to embrace cooking, browse cookbooks to escape the humdrum of our usual repertoire. Well I’ve certainly baked, as have my children with various levels of success and mess. In fact, I baked more than normal as the kids seem to think they are hungry every half hour. The elaborate dinners idea was scraped into the compost.

Binge watching TV died a death because the last thing I felt like doing was looking at another screen at night. Plus the moment I lie horizontal I tend to nod off, which is not overly conducive to following a plot line.

Reading has been the only thing we have totally nailed. It is the default "subject" for my most reluctant home-schooling child when I grow weary of cajoling him through maths or writing.

I was genuinely looking forward to sorting through my digital photos, but this hasn’t happened either. Again, the idea of staring at a screen or even finding the time to do this has become the punchline of a lame joke.

I planned to do some major cleaning; all the areas you never quite get to. This has felt like a Sisyphean task – fighting a tsunami of Lego that cascades from bedrooms, sorting piles of paper and books, washing mounds of clothes (how are they getting more dirty not leaving the house?!). However, I did get to cleaning under the washing machine in an attempt at some alone time and, just quietly, I may have discovered where COVID-19 originated.

I planned on doing a wardrobe clean out. Nope. Although if you saw the floor of my children’s rooms, you’d be forgiven for assuming they were in the process of sorting clothes. They’re not.

Do a puzzle, I said, all light and airy. If I hear one more thing about all those people apparently having a blast doing jigsaws I think I’ll scream. It’s even become an icon of Australia’s COVID-19 response, thanks to our PM. I haven’t the mojo or the space - home-schooling detritus takes up nearly every flat surface of our house.

Board games also seemed like a good idea. One of my children likes to play, the others either run and hide when they sense I’m about to suggest it or play with the enthusiasm of a deflated football. One good discovery, though, is Monopoly Deal – best card game in years.

We still have a number of weeks to go with this high intensity togetherness. The one thing I did get right, though, was the notion that this event would give new appreciation for the freedoms we had before. We are so lucky – let’s not stuff this up.

Nicola Philp is a regular contributor.

In Moscow, they will only allow running in a mask. This is harmful, it is better not to run at all
That little guy with the beard of a jihadist does not deserve to stay in the Real world. Spanish journalist about ISCO
Arsenal-2003/04, Manchester City-2017/18 and Atletico-2013/14 are among the best teams that did not win the Champions League (Football365)
Merson on the crisis because of a virus: Now the coaches will have to train. Clubs will no longer be able to pay 70-80 million for players
Inter Sports Director: We are not going to sell Lautaro. Barcelona knows our intentions very well
Manchester United continue to monitor Werner. The club believes that he will choose Liverpool
🦅 We study the flights of goalkeepers: it does not hurt to fall even on the asphalt, they lose up to 4 kg during training, and the technique of Ter Stegen is beyond the limit (we can do this with pesyakov)
Source https://www.smh.com.au/lifestyle/life-and-relationships/all-the-things-i-never-got-around-to-actually-doing-in-iso-20200520-p54ure.html?ref=rss&utm_medium=rss&utm_source=rss_lifestyle

The one person Latrell Mitchell must listen to

Your Daily Horoscope for Friday, May 29

Time for a new social contract

Start it up: industry unites with universities to innovate in pandemic

Target and superquiz, Friday, May 29

From the Archives, 1973: Dr Mead's tour of social housing

To fix our housing industry, governments need skin in the game

Has HR forgotten about employees?

Freezing the pay of vital workers smacks of hypocrisy

'From typesetter to tea lady': end of a Murdoch newspaper era in Sydney

'The Cat' refused to play and scratched Murdoch's plan A

Thanks for the memories, council turns back on Morrison money to save Memorial Pool

Guildenstern is wearing a worried look...

Skills gap is the nation's chasm

No silver bullet, but we still need faster rail

This is the one thing I'm really waiting for

Australia's $4b aid program refocused to deal with COVID-19 recovery

WHO and United Nations ‘now lecturing’ over ‘screwed-up lockdown generation’

Attenborough to set out vision for future

‘THE BATTLE IS ON’: China warns it will no longer be ‘intimidated’

‘The battle is on’: China’s warning

‘We would like to see China back onside’: US Ambassador Culvahouse

Having a butcher's at sausage metrics

Cool it, Andrews urges feds as Victorians surge back to work

COVID rules eased in NSW: 20 people at weddings, 50 at funerals

Leaders must heed the bushfire experts and act

‘Flames for a Mile’: Building Burns as Riots Erupt in Minneapolis

Goulburn tips: Throwing the form out the window

No regrets, but print closures will hurt News Corp's Miller - and Australian media

Storm warning: Parts of WA urged to prepare as another cold front closes in

Paper cuts a wake-up call for a nation of locals

Victorians dobbing each other in led to more fines, says police chief

Cricket Australia's cash crisis claims to be put to the test