Austrian world No.8 Dominic Thiem was full of praise for Alex de Minaur after being given the fright of his life by the Australian teenager in their Davis Cup reverse singles rubber.

Thiem beat the 19-year-old 6-4 6-2 3-6 6-4 in an absorbing match that lasted almost three hours on outdoor clay at the Messe Congress complex in Graz on Sunday. 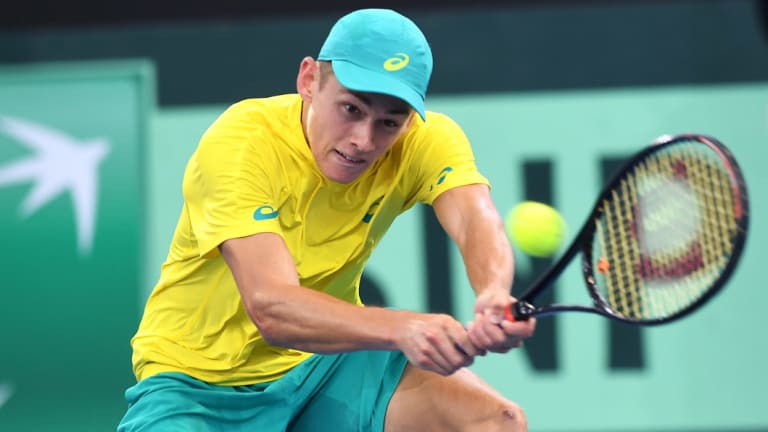 The 25-year-old French Open finalist, who also ended Rafael Nadal's 51-week unbeaten run on clay at the Madrid Open in May, delivered his nation an unassailable 3-1 lead to ensure they'll be seeded in February's qualifying round for the new-look competition.

Despite the defeat, De Minaur's performance against one of the best players in the world on home soil and on his favoured surface is another positive sign in what's been a magnificent 12 months for the world No.38 from Sydney.

Having raced into a two-set lead, Thiem looked on course to wrap up a routine victory similar to his dismantling of Jordan Thompson in Friday's opening rubber.

But the resilient de Minaur took the third set and then had two glorious opportunities to force the match to a decider after twice breaking Thiem's serve.

However, the Austrian broke back immediately on both occasions then saved his third break point of the set before holding his nerve to close out the win.

"I think I was really close," de Minaur said.

"Being up a break in the fourth, I played not my greatest game and then I still had another break point at 4-4 so I really thought I was points away from going to the fifth and then anything could have happened.

"At the end of the day, I've just got to learn from these things. 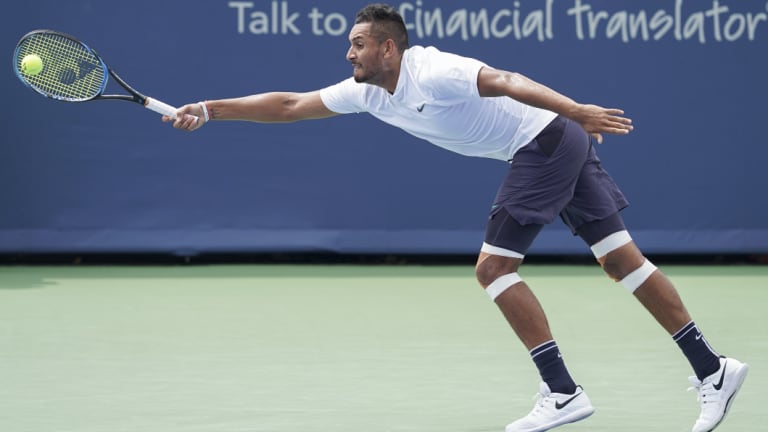 Absent: Lleyton Hewitt was pleased with the effort of a team missing spearhead Nick Kyrgios.

"They do sting a lot but it's a learning process for me and hopefully next time I'm in the same situation I don't make the same mistake."

Australian captain Lleyton Hewitt said he was proud of how his undermanned team performed in the absence of Nick Kyrgios.

"Everyone came here, they prepared, they did absolutely everything that we asked them to and they left it all out there."

Lampard on 3-0 with Watford: a dry Win at home, three goals scored-Chelsea played very well
Pulisic on 3-0 with Watford: Chelsea needed this win. We are confident that we can get into the top 4
Rebic scored 9 goals for Milan in 11 Serie A matches
Mikel Arteta: getting Arsenal into the Champions League seemed impossible a few weeks ago
Бав Bayern won the gold double in Germany for the 13th time
Neuer provided an assist in the German Cup final with Bayer
Sarri about 4:1 with Torino: Juve had a false sense of security after a couple of goals
Source https://www.smh.com.au/sport/tennis/austrian-hero-impressed-by-world-class-de-minaur-20180917-p5045y.html?ref=rss&utm_medium=rss&utm_source=rss_feed

Relax and unwind in a home at one with its surrounds

COVIDSafe app helps stop the spread - our research proves it

'Up and over she goes': Premier's Powerhouse backflip worthy of Nadia Comaneci

System is cooked when a 'sexual harasser' is promoted, not punished

'Beautiful to have a pint': England's pubs, restaurants and hairdressers reopen

For once, the right decision has been made for the future of our wonderful city

Will curriculum reform take students back to basics, or prepare them for the future?

Barilaro approved $4 million in council grants for his own electorate

'We don't see ourselves as a cold country': Why is it so hard to stay warm in Sydney?

Faith is key to our lives, even for atheists

Byron Bay flooded with A, B and C listers

Berejiklian's Powerhouse backflip a crowd-pleaser for east and west

More than 1000 foreign citizens allowed into Australia on compassionate grounds

Australian man in diamond investigation in the Congo

'A slap in the face': Couples separated by Australian border closure

Daughter refuses to back down as mum battles rare cancer

Ju jitsu kicks back into business with new-look venue

The man behind the $20 million bid to buy Manly

A rare insight into what is everyday life for others

From car park to affordable housing: partnership to give shelter to battlers

And just like that, Daniel Andrews is fighting on several fronts

Lessons for today's politicians from 75 years ago