Crime writer Jane Harper's new novel The Survivors has come out of the starting gates strong in the race between some of Australia's most-loved authors for summer sales.

But while readers have been busy turning pages, the Australian publishing industry has warned they could be left empty-handed if they don't do their book shopping ahead of the Christmas rush, due to printing backlogs and freight delays.

Harper's fourth novel, Trent Dalton's All Our Shimmering Skies, Richard Flanagan's The Living Sea of Waking Dreams and Craig Silvey's Honeybee have led the new swarm of Australian novels fighting for shelf space in the lead-up to the festive season. 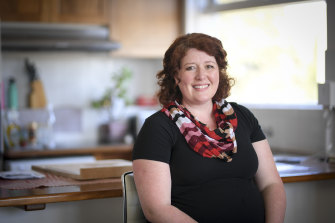 Jane Harper sold 46,490 copies in the first three weeks of publication of her new novel The Survivors.Credit:Eddie Jim

Harper came out ahead with her novel selling a staggering 46,490 copies in its first three weeks, according to Nielsen BookScan. The hunger for Harper's noir has only intensified over time – her sales are up nearly 90 per cent compared to the same period for her third novel, The Lost Man, published in 2018.

Pan Macmillan's gambit to publish Harper's novel a week ahead of the other three in September looks to have paid off, while the title The Survivors perhaps attracted readers in a coronavirus state of mind.

While many bookworms will read all four novels, the early figures suggest which titles they are making a priority. They also show just how many fans Dalton and Silvey won with their breakthrough novels – Dalton's sales are up 770 per cent compared to the first three weeks of Boy Swallows Universe and Silvey's are up 885 per cent compared to the same period for Jasper Jones.

The numbers are positive news for the Australian publishing industry. The final three months of the year are the most important when it comes to book sales, and are even more pivotal this year in the wake of the disruption caused by COVID-19. Other big Australian fiction titles for the period include Chris Hammer's Trust and Sofie Laguna's Infinite Splendours.

But it's not all smooth sailing ahead, with supply issues a lingering storm cloud. Delays in postage, sea and air freight and industrial action at Sydney's Port Botany have all caused delays in bringing books in from overseas, and made doing so more expensive.

Australian presses are also either at or nearing capacity as international and local publishers seek to print locally to avoid the challenges of freight.

The Australian Booksellers Association (ABA) and Australia Publishers Association (APA) have launched a campaign encouraging readers to buy, order and pre-order in October and November to ensure book supplies don't run out.

While previously publishers could print or order more books relatively quickly, this holiday season it will be difficult – if not impossible – to get more in time for Christmas once they sell out.

Affirm Press sales and marketing director Keiran Rogers said it was also proving hard to forecast reader demand as "this year doesn't follow any patterns". Affirm, a small independent publisher, prints many books offshore so it is pivotal for them to get orders right as they won't be able to quickly import more.

"You don't want to print too much stock, but too few books is a missed opportunity. That's the game this year. We really have to try to get it right," Rogers said.

Anna Low, who owns Potts Point Bookshop, said she had run out of space in her store rooms for the big book orders she had placed. As well as considering stock, bookshops will also have to cope with social distancing restrictions which will limit how many people are allowed in shops at once. 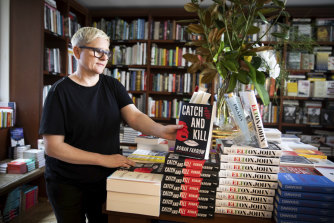 "We really will have to limit the number of people in the shop. Managing what won't be anything like a normal Christmas will be really hard," Low said. "Everything is going to take longer. You need to allow time and if you know what you want, get it now."

Real started with Alaves: stupid hand Nacho and wild pass Courtois-again defeat
20 shells of times of the Second world war found on the basis of the Roma
Zidane Ob 1:2 with Alaves: the Start of the match is the worst for Real Madrid in the season. We lack stability
A clear penalty! Oh, my God. Ramos and Carvajal on the fall of Hazard in the match with Alaves
Ex-referee Andujar Oliver: Marcelo was pulled by the hair, it was necessary to put an 11-meter shot. There was no penalty on Hazard
Favre Pro 1:2 with Cologne: They were sitting in defence and Borussia were in too much of a hurry. There were few chances
Real Madrid conceded after a mistake by Courtois on a pass. Forward Alaves scored in an empty net
Source https://www.smh.com.au/culture/books/christmas-rush-readers-urged-to-buy-books-early-to-avoid-shortages-20201023-p567y5.html?ref=rss&utm_medium=rss&utm_source=rss_culture

What are the rules for the Tyson fight

What time is the Mike Tyson fight

Man bashed, kidnapped from hotel in random attack before being dumped on street

Public transport could get more expensive, as app set to track capacity

Independent umpire 'the next step': Australia set to take China to the WTO over barley dispute

'We want you': After shutting tourists out, Qld is now luring them back in

From the Archives, 1983: ASIS botches training drill at the Sheraton Hotel

Beachfront beauty with its own helipad

'They don't care about the juniors': Insiders blow the whistle on kids' soccer

How to stream the Mike Tyson fight

America loses it over historic moment

‘YOU HAVE TO FIND THE TRUTH’: Nurse’s baffling diary before brutal death

‘Naughty and nice’: Brunch bar to shake up cafe scene