Three months ago, Colin Johnstone was living on the streets. He was among the 4500 homeless Victorians offered emergency accommodation in motels in March amid fears of a COVID-19 outbreak in the vulnerable rough-sleeping population.

Just before stage three restrictions were again imposed on Melbourne, Mr Johnstone signed a 12-month rental agreement for a bedsit in Flinders Street.

Homelessness organisation Launch Housing, which found Mr Johnstone searching for a place to sleep behind Federation Square in March, paid the bond and the first two months of his rent.

"It’s definitely a relief … this gives me a chance to get back on my feet,” Mr Johnstone said.

While Mr Johnstone is relieved to finally have secure housing, homelessness groups are worried about the long-term fate of hundreds of other homeless people temporarily being put up in hotels.

New data released by the Council to Homeless Persons reveals almost 2000 people – including more than 220 children – are still in hotels across metropolitan Melbourne without any certainty about long-term housing.

Funding for the hotel accommodation was due to expire at the end of this month, although homeless organisations believe the government will extend it until at least August 19, when the six-week period of stage three restrictions will be reviewed.

A Victorian government spokesperson said the government had invested nearly $25 million to protect people experiencing homelessness during the coronavirus pandemic.

"We’re continuing to work closely with the housing and homelessness sectors to ensure people continue to receive the support they need during and after the pandemic," the spokesperson said.

But the acting chief executive of the Council to Homeless Persons, Kate Colvin, said while the priority had been to get people off the streets and into safe accommodation during the pandemic, this was always only a temporary solution.

“Right now, there is no certainty for people in hotels about where they will live when funding for hotel accommodation ends, because there isn’t enough social housing and most can’t afford private rental,” she said.

The Department of Health and Human Services has confirmed a "small number" of homeless people living in hotels have tested positive to COVID-19.

They were moved to separate isolation and recovery facilities funded by the Victorian government.

"The facility has experienced low demand with less than a handful of cases admitted to date," the DHHS spokesperson said.

Ms Colvin said the lack of certainty, combined with the risks of coronavirus in a hotel environment, was creating a perfect storm of anxiety and distress for an already vulnerable group.

She said more than 60 per cent of those in hotels had high support needs – including mental health and other chronic health issues and disabilities – but because support was so stretched only one in three of the 1477 households in hotels had any regular support. 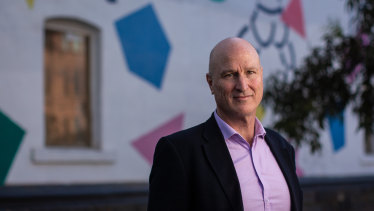 “We are trying to end homelessness one person at a time but what we really need is a big shift to more social housing,” he said.

Social housing makes up only about 3.2 per cent of all housing in the state, well below the national average of 4.5 per cent. An estimated 80,000 people are waiting for public housing in Victoria.

In May the Victorian government announced a $500 million package to build 168 new social housing units and upgrade 23,000 rundown units.

Homelessness groups welcomed the package, but said 6000 units would need to be built every year for a decade to get Victoria to the national average of 4.5 per cent social housing.

Frankie de Jong: Barca have a lot of problems, the match with Bayern showed that. A lot of things need to change
Philippe Coutinho: it was unusual to Play against Barca, but I have a contract with Bayern
Bartomeu does not intend to retire after 2:8 from Bayern
Bayern punished Barcelona for an 8-man defense. In this match, Messi was the problem, not the solution
L'equipe put Setien one for 2:8 with Bayern. For the first time, such an assessment was received by a coach
Pozornik! Barca fans met the team at the hotel after 2:8 from Bayern
Bayer's CEO confirmed that Havertz wants to leave the club
Source https://www.smh.com.au/national/victoria/colin-johnstone-finds-a-home-but-fears-remain-for-2000-hotel-homeless-20200713-p55bk6.html?ref=rss&utm_medium=rss&utm_source=rss_feed