It may be another four years before a Palmwoods shopping centre gets off the ground as its developer blames COVID-19 for making the project “less viable”.

The company behind the bid, Burnett Street Nominees Pty Ltd, wants to build a 3610sq m shopping centre and 20-unit residential complex at Main, Hill and Church streets in Palmwoods.

It was approved in 2014 after being downgraded from 30 units.

A development permit extension request letter prepared on behalf of the developer has asked Sunshine Coast Council to consider community benefit of the project, the current economic climate and that lapsing of the application “would contribute to site disrepair”. 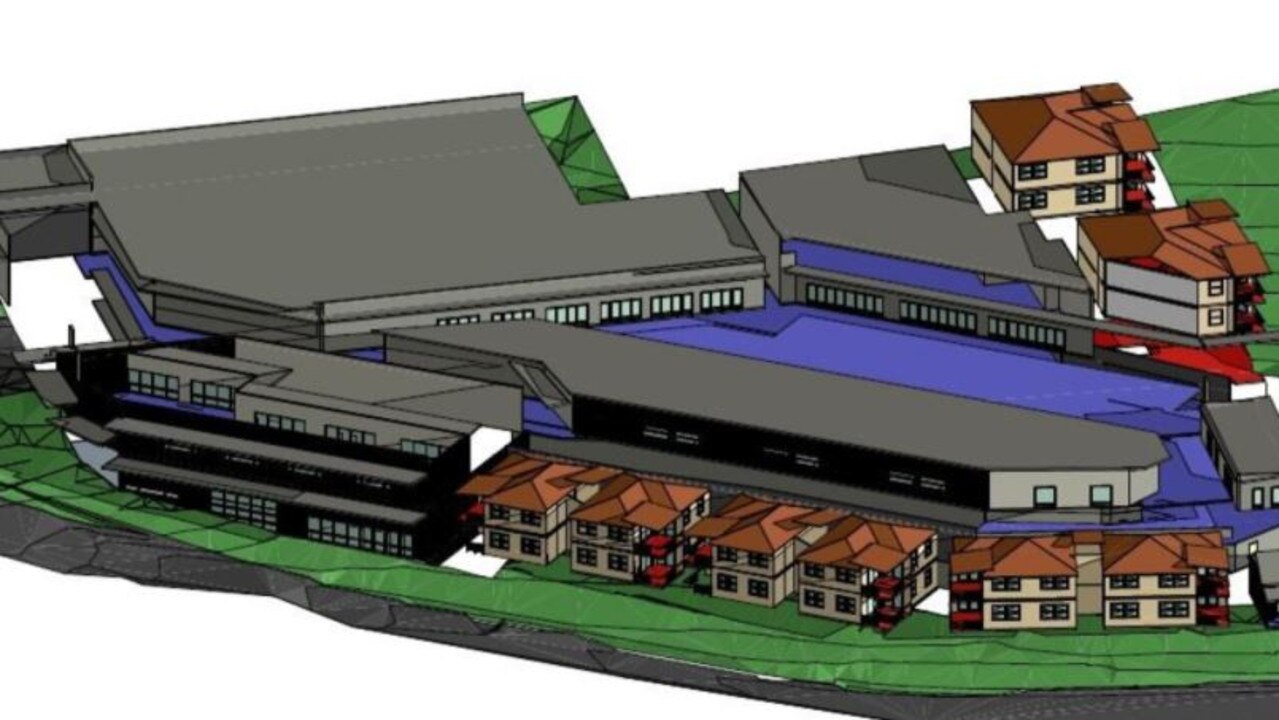 This artist impression is of the original plans for the 3610sq m shopping centre and 20 two-bedroom units at Palmwoods. Picture: Supplied

“The Palmwoods area has undergone substantial growth in recent years and there is a growing community need which is expected to continue into the future,” it read.

“The delivery of an integrated shopping complex would provide services and conveniences to residents that would otherwise not be readily available to them.”

It said the proposal was not immune to financial pressures arising from the coronavirus pandemic.

“ … and the prospects of developing the site recently and into the near future have therefore become less viable.”

Further argument proposed that extending the period for the approval would provide greater certainty to development in the area “at a time when development is to be encouraged”. 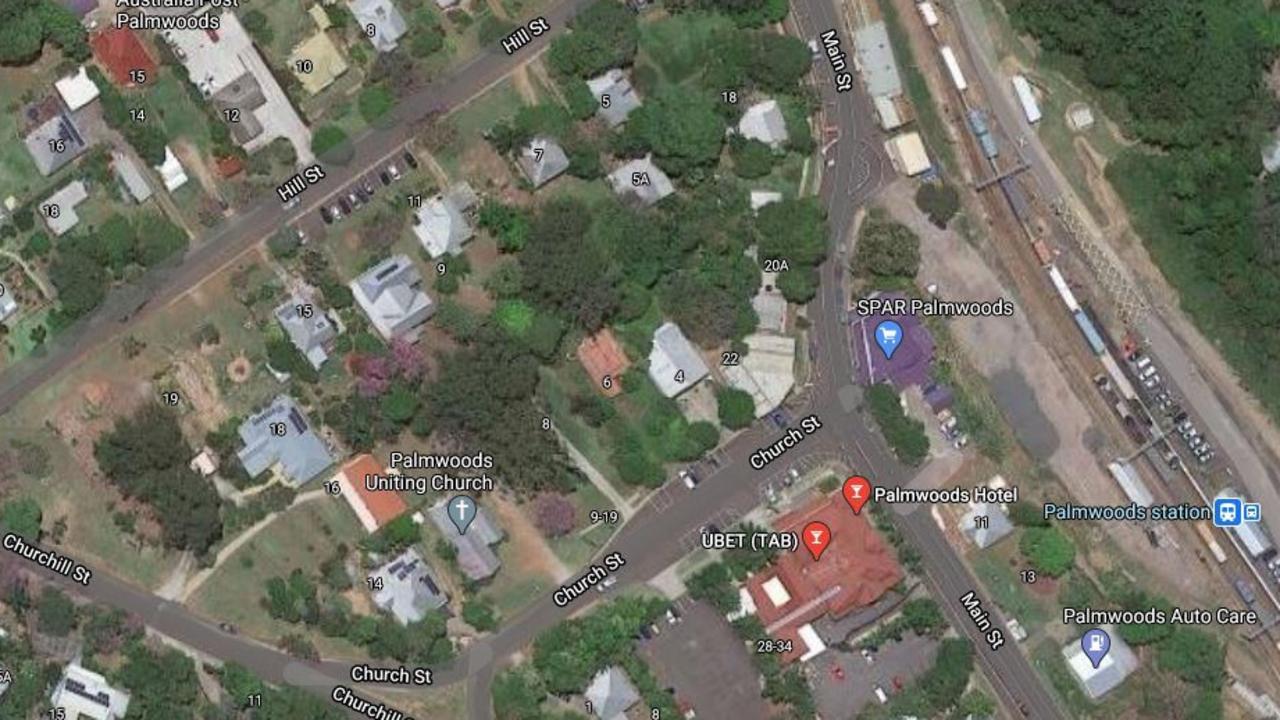 The development is to be built at Main, Hill and Church streets in Palmwoods, near the Palmwoods Hotel and train station. Picture: Supplied

The site currently hosts “dilapidated” buildings which the applicant said wouldn’t get the opportunity to be fixed or removed if the application lapsed.

That includes the station master’s house which is planned for relocation and repurposing.

“The building’s current substantially degraded uninhabitable state would largely benefit from the proposed development as it would have a new prominent location within the site and would be revitalised for potential future re-use as a cafe or coffee shop,” the application said.

The applicant’s previous extension request in 2018 is due to expire this week.

Should Burnett Street Nominees’ newest four-year extension be granted, it would mean a total of 10 years was given for the development to begin. 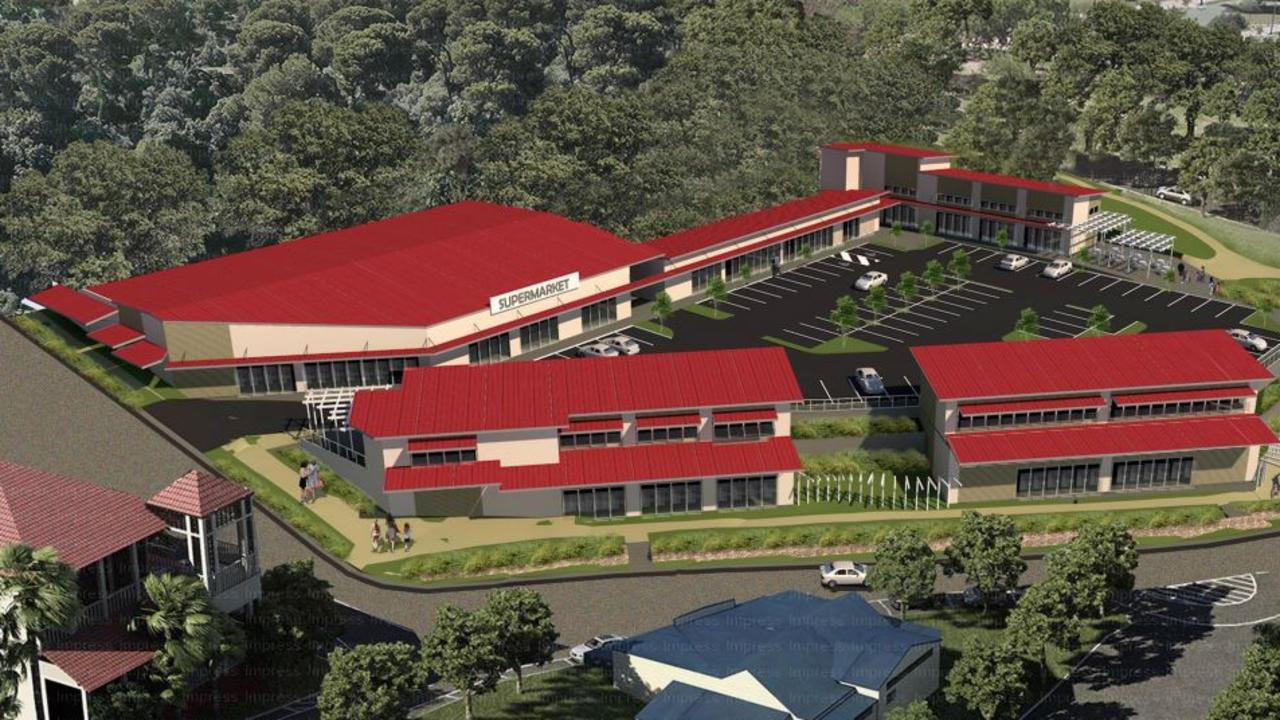 These artist impressions are of the new application the developer submitted without the units in April 2020. Picture: Supplied

The request comes after a Planning and Environment Court rejection to build the retail element before the units, and a second separate development application ditching the units.

That application was lodged in April and is still under the council’s consideration.

A Sunshine Coast Council spokeswoman previously told the Daily it was possible to have two development approvals over the same site.

Everton and Liverpool in the top 2 at the end of the round in the Premier League for the first time in 27 years
Arteta about 0:1 with Leicester: I Don't know why the hell our goal was canceled. It is difficult to create space when 10 people are sitting behind the ball line
Rodgers on 1-0 with Arsenal: Leicester deserved to win. Vardy is a world-class player
Juve without Ronaldo could not beat Verona and Crotone in Serie A
Vardy has scored 11 goals in 12 games against Arsenal in the Premier League. Only Rooney has more
15,000 Teddy bears were planted at the Heerenveen match as part of a campaign to fight cancer. Toys sold for 230 thousand euros
Adidas and Pharrell Williams have reinvented the old forms of Real Madrid, Arsenal, Manchester United, Bayern Munich and Juve. The design is hand-made and celebrates imperfection
Source https://www.sunshinecoastdaily.com.au/news/developer-blames-covid-in-bid-for-more-time/4102064/

How you can get free rent at Coast uni housing