Yaya Toure has accused Pep Guardiola, his former manager at Manchester City and Barcelona, of spoiling his farewell party from the Etihad and claimed the Catalan has "problems with Africans".

Ivorian midfielder Toure, 35, has left City after eight successful seasons, the last of which he spent reunited with a boss from his Nou Camp days as the Manchester club swept to Premier League glory. 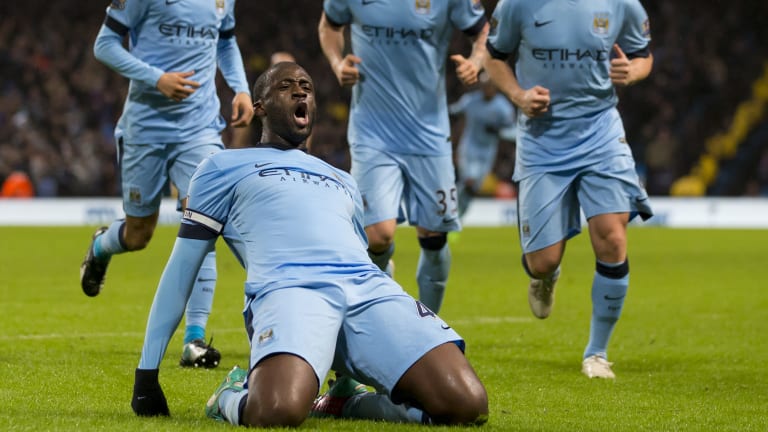 But Toure barely featured under Guardiola, who allowed him to leave Barca back in 2010, and he was handed only one start across the whole league campaign as City won 100 points and scored 106 goals.

Guardiola's handling of Toure's send-off has also disappointed the player, who compared his exit to those of Andres Iniesta and Gianluigi Buffon, who have departed Barca and Juventus to much fanfare.

In an interview with France Football, Toure suggested the City head coach might have treated him less favourably because he is African.

He said of Guardiola: "He was cruel with me. Do you believe that Barcelona could have done that with (Andres) Iniesta?

"I even started wondering to myself whether it was about my colour.

"I'm not the first person to talk about his different ways of treating people. I know some other people at Barca who have also wondered about that.

"Maybe it's the case that we Africans aren't always treated by certain people in the same way that they treat others.

"When you see that he's had problems with Africans wherever he's been in the past, you wonder.

"When the day comes that he picks a team featuring five Africans - and not naturalised Africans - I promise I will send him a cake!"

Manchester City were not available for comment when contacted by Press Association Sport on Monday.

Toure, who won three Premier League titles, the FA Cup and two League Cups with City, added of the 47-year-old former Bayern Munich manager: "Pep likes to dominate and wants to have his obedient players kissing his hands. I don't like that kind of relationship. I respect my coach but that's not for me.

"He took away my chance to say goodbye to City, a club with wonderful fans. I would have liked to leave in the same way that Iniesta and (Gianluigi) Buffon did, but Pep stopped that."

Toure is now a free agent and has been linked to ambitious French club Marseille.

Cadiz, who retired, will sign Negredo
Zaa from crystal Palace showed racist threats from the instagram account. The police detained a 12-year-old (!) schoolboy
Ole Gunnar Solskjaer: no One wins alone, unless you're Maradona
Ocampos on Messi: you Look at him as a God, but he is real. Leo helps the players
Solskjaer on the martial-Rashford-Greenwood trio: Nothing new for Manchester United. Remember Ronaldo, Rooney and Tevez?
Josep Bartomeu: Barcelona have won La Liga 8 times in 11 years. Historic achievement
Lineker on the CAS decision on Manchester City: it's Hard to know what will happen to the FFP rules after this
Source https://www.theage.com.au/sport/soccer/guardiola-has-problems-with-africans-says-yaya-toure-20180605-p4zjgw.html?utm_medium=rss&utm_source=rss_feed