If police can't protect a woman from her threatening ex, who can?

I first knew something was wrong was when I heard scuffling in the landing outside my apartment. Then came the knocking on the door of the apartment next to mine and voices, angry murmurs at first, that quickly escalated into shouting. 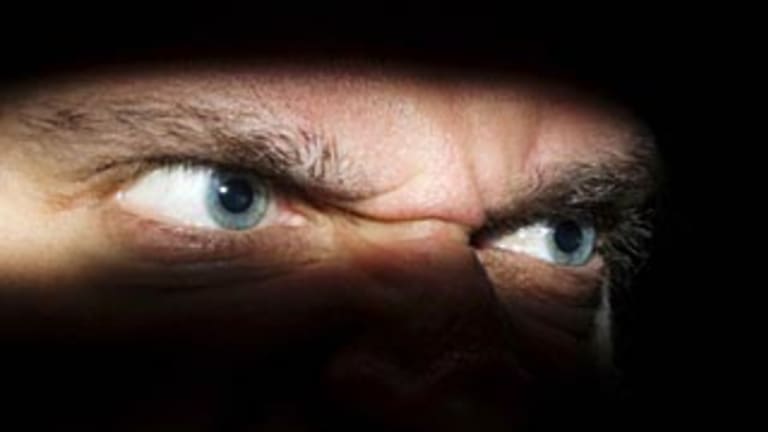 Police told Kasey Edwards that unless they caught the man who turned up at her neighbor's front door threatening to kill her in the act, there was nothing they could do to protect her.

Pretty soon a drunk and angry man was knocking repeatedly, swearing and hurling abuse. The young woman on the other side of the door, my neighbour’s new flatmate, was trying to placate him and asking for him to leave her alone.

Things went quiet for a bit. The man remained in the stairwell, a couple of levels down.

Next there were footsteps racing up the stairs and more raised voices, this time from my neighbour. Spying though the peephole, I saw my neighbour’s flatmate fling open their door and my neighbour rush inside.

The two women were able to slam the door shut before the man could enter their apartment. But that didn’t deter him. He started kicking the door, all the while keeping up the abuse.

It wasn’t the first time this man had shown up drunk and aggressive at my neighbour’s door, demanding to be let in. But it was the first time, to my knowledge, that he threatened to kill her.

After the death threat, and the man showing no signs of leaving, my husband went out to intervene, yelling at our neighbour’s harasser and demanding he leave.

My husband’s actions were brave and noble, yes, but a large part of me thinks they were also stupid.

While, on this occasion, the harasser felt empowered enough to threaten to kill a smaller, defenceless woman, he fortunately wasn’t about to take on my husband. With a few choice words, he went away.

The reality is that next time this happens, and there will be a next time, if my husband isn’t home I won’t go out to help my neighbour.

I absolutely would want to help her, or any woman in her situation; I am well aware of the statistics and know that, on average, one man a week makes good on his treat to kill a woman. But I would be too scared to open my door to a drunken, violent man, especially if I have my two little girls inside with me.

So where does that leave my neighbour and women like her? The obvious answer is to turn to the police.

That’s what we thought until we tried it.

After the man had left and the two women emerged from their apartment, pale, trembling, and holding back tears, we phoned our local police to report the incident. We had assumed that since we could identify the harasser and there were witnesses to his threats to kill a woman, they would act. 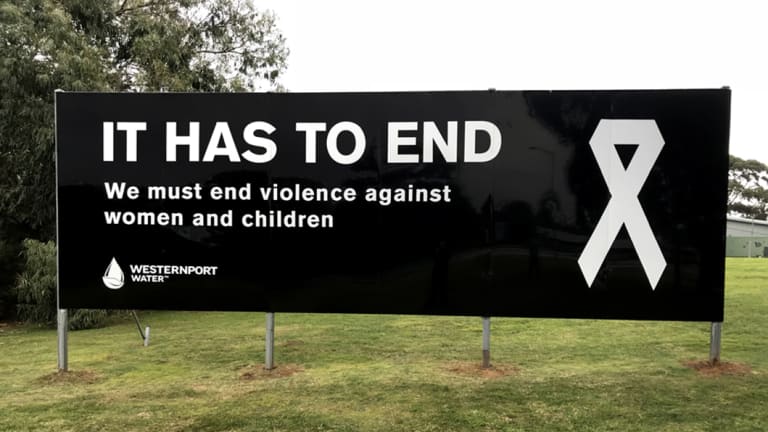 The sign was erected on August 6 at Western Port in the Cowes municipality in response to Samantha Fraser's death in Cowes.

At the very least, I had assumed they would visit they guy to tell him not to do it again. But no.

The police officer at the local station was very sympathetic but said often visiting the harasser makes things even worse for the victims. Unless they catch the guy in the act, there isn’t much they can do.

Which is what we will do, but that’s cold comfort to my neighbour. Because she now has to live in fear. Next time there may not be anyone around to help her or scare the guy away. And the police might take too long to respond.

This isn’t a criticism of the police. After the incident, we filed a report at the police station and the police officer suggested my neighbour apply for an intervention order.

But the statistics show that intervention orders are often not worth the paper they’re printed on. In the case of domestic violence, for example, research by the Australian Domestic and Family Violence Death Review Network found that one quarter of men who murder their partners were already under domestic violence orders.

The impression we walked away with is that police did everything they were permitted to do under the circumstances and with the resources available. But the fact remains, a man threatened to kill a woman and all the police offered us was paperwork. It’s not enough. Because next time my neighbour might be dead before the police are able to act.

If you or someone you know needs support with family violence issues call 1800 RESPECT.

Kike Of Setian: I understand less and less VAR
MATIC has extended his contract with Manchester United until 2023
With the death of Morricone, part of the world's cinema goes. De Laurentiis on the composer
Josep Bartomeu: Setien is doing a great job. We have full confidence in him
Pique on La Liga: Barca do not like to fall behind, but we have made every effort to change the situation
Pep Pro 0:1 with Southampton: city liked the Game, but it's not enough to win
Mandzukic is Interesting to Fenerbahce and Galatasaray. It is also claimed by Loco and Milan
Source https://www.smh.com.au/lifestyle/life-and-relationships/if-police-can-t-protect-a-woman-from-her-threatening-ex-who-can-20180917-p5047v.html?ref=rss&utm_medium=rss&utm_source=rss_feed