Prominent academic Marcia Langton says Black Lives Matter protests must continue to agitate for changes to reduce Indigenous incarceration and deaths in custody in a criminal justice system that is structurally racist.

The Aboriginal rights activist will today deliver a scathing speech on the “many failings” of the justice system, in her Thea Astley keynote address at the Byron Writers Festival. 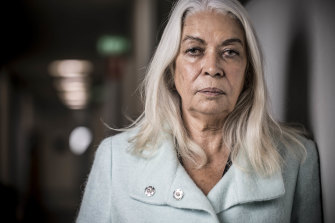 “The denial of rights of, and natural justice to, the victims in the Aboriginal and Torres Strait Islander deaths in custody saga, the arrest and incarceration [rates] of Aboriginal adults and children, have reached the level of a national crisis,” she says.

The proportion of Indigenous prisoners has doubled in the 30-odd years since a landmark inquiry provided a road map to reduce Aboriginal over representation in prisons and stop deaths in custody.

Indigenous people make up around 3 per cent of the population, but more than a quarter of the prison population.

Professor Langton worked on the Royal Commission into Aboriginal Deaths in Custody from 1989 to 1990, and says its chief recommendation was to ensure prison was a last resort for Indigenous people.

“The tragedy of this situation is that hundreds of people have died because those recommendations were not implemented fully.”

Instead, she says even the most reasonable reforms have been rejected, pointing to a meeting of Attorneys-General who last month voted to delay a decision on raising the age of criminal responsibility from 10 to 14.

More than 400 Aboriginal people have died in custody in the years since the royal commission. No one has been convicted over the deaths.

“There has been no justice ... just a cold silence from the authorities,” Professor Langton says. 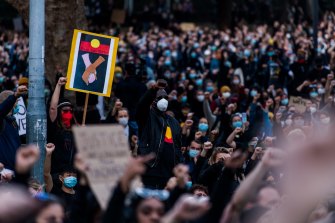 Aboriginal people are also more likely to die in custody because they are arrested at disproportionate rates.

The leading cause of deaths in custody for both Indigenous and non-Indigenous people is medical issues.

But Professor Langton says there are “stark differences” in the way Aboriginal people have been treated, citing examples of prisoners who were denied pain medication or whose symptoms were overlooked. In a particularly harrowing case in 2008, a coroner found a man had effectively “cooked” to death in a prison transport van in Western Australia.

“Are the police and correctional services racist? Is there structural or systemic racism in the Australian criminal justice system? The answer to these questions that emerge from the thousands of pages of evidence is a resounding yes,” Professor Langton says.

The Yiman and Bidjara woman says Australia’s Black Lives Matter movement should be a catalyst for all governments to implement the 339 recommendations of the royal commission.

She says the most urgent reforms should include thorough medical assessments for all Aboriginal prisoners entering jail, proper training for authorities outlining their duty of care to inmates and enhanced protocols for dealing with vulnerable people and providing adequate medical care.

“Governments need to recognise that Aboriginal and Torres Strait Islander people are particularly at risk of losing their lives when they go into detention. It is now too late for all of those people who’ve died in custody at the hands of careless and negligent officers, but it is not too late for the generations to come.”

The keynote address at the Byron Writers Festival is named in honour of acclaimed Australian novelist Thea Astley, who died in 2004. This year’s festival is being delivered virtually, through podcasts and video presentations.

Totti visited a Lazio player who came out of a coma after 9 months
Carlo Ancelotti: Seamus Coleman is on a par with Ramos, Terry and Maldini
Mainz have sacked coach Baerlocher. The players went on strike because of the removal of the forward Salai
PSV for 9 million euros signed the defensive midfielder of Toulouse sanghar. They were Interested in Spartak
In the Premier League now give a penalty for almost any hit of the ball in the hand in the penalty area. Neither the players, nor the coaches, nor, it seems, the referees themselves like this
Granada's sponsor posted a picture of Joao Felix's heat map in the form of a penis after 1-6 with Atletico. Andalusians demand an apology
Safonov, Chalov and Magkeev were called up to the Russian U21 team for the matches against Estonia and Latvia
Source https://www.smh.com.au/national/indigenous-arrest-rates-are-a-national-crisis-says-marcia-langton-20200804-p55ihu.html?ref=rss&utm_medium=rss&utm_source=rss_national