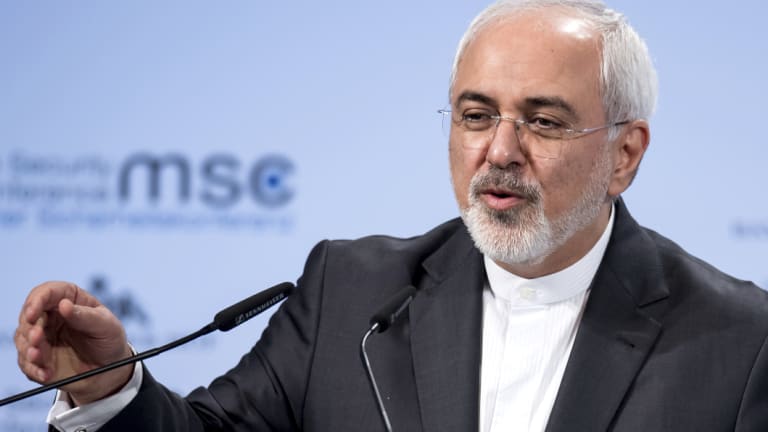 "How about looking at actual bots in (the Albanian capital of) Tirana used to prop up 'regime change' propaganda spewed out of (Washington) DC? #YouAreBots," Zarif said.

Iranian media have accused Israel, Saudi Arabia, and exiled opposition groups, including the Mujahideen Khalq which has some members based in Albania, of being behind social media campaigns calling for the overthrow of the Islamic government

Iranian Supreme Leader Ayatollah Ali Khamenei accused the United States and Israel this month of waging a media war to discourage Iranians, as the country faces economic hardship after the reimposition of US sanctions.

Legia won the Polish championship for the 4th time in five years. It repeated the League record for titles (14)
Lazio has lost 3 matches in a row and can concede 2nd place in Serie A if Atalanta wins against Juve
A Parma employee has a coronavirus. The team is isolated on the base, but will continue to play in the championship
Kalidou Coulibaly: Napoli is not going to Barcelona as tourists. We are able to give battle
PSG have extended their contract with Kimpembe until 2024
Suarez is not in the start for the match with Valladolid. He has scored 4 goals in the last 4 games for Barca
Dyche Pro 1:1 with Liverpool: top team Scored. Talking about three points is too much
Source https://www.canberratimes.com.au/world/asia/iran-says-twitter-shut-legitimate-accounts-in-tackling-influence-op-20180917-p5045r.html?ref=rss&utm_medium=rss&utm_source=rss_feed