‘Nothing else sounds like it’: How Kate Bush keeps finding new fans, across the generations

But recently Kate Bush has snuck back into the pop culture mainstream, confirming that she remains one of the most influential musicians of all time. 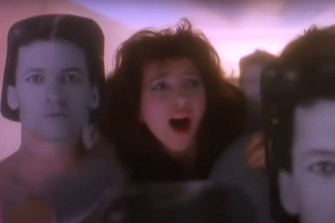 Kate Bush in the Running Up That Hill film clip.Credit:

Thirty-seven years after she first stormed the charts with her song Running Up That Hill, it’s resurging on streaming lists around the world after being heavily featured in the most recent season of Netflix’s Stranger Things.

Across 34 separate countries, including the United States (where the song originally peaked at number 30), Britain, Belgium, Latvia, Ireland and New Zealand, Running Up That Hill has entered the top 10 list of most streamed songs.

And, like the character Max who uses the song to save herself (literally and metaphorically) in Stranger Things, these new listeners, driving the song’s meteoric success, are being exposed to someone whose music is the very definition of other worldly.

Stranger Things is built upon its 1980s setting. One of its stars (and Kate Bush fan), Winona Ryder, started her career in the 1980s. The show is as eighties as M*A*S*H re-runs, Aussie pub rock, acid wash jeans and shoulder pads. Music from the decade features heavily in all four seasons of the series but none have catapulted a song into the public consciousness like Running Up That Hill.

So how exactly does a song about a woman wanting to exchange positions with her male partner so they can understand each other better capture the attention of the TikTok generation?

In a BBC documentary to mark Bush’s return to live shows in 2014, comedian and actor Steve Coogan got closest to identifying what sets Bush apart from almost all popular musicians. 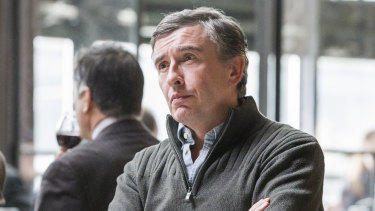 “Byron once said of Keats, Keats writes about he imagines, I write about what I live,” Coogan noted.

“Most rock and roll people write about their lives in someway and Kate Bush is more like Keats in that she writes about what she imagines.”

That Coogan put Bush in the context of two of the world’s greatest poets should not be a surprise. Bush has been borrowing from literature since she emerged as a 19-year-old with her take on Emily Bronte’s 175-year-old novel, Wuthering Heights.

Running Up That Hill also fits snugly into that description. It’s one of the reasons that the makers of Stranger Things wanted to use the song as a key part of the season’s arc.

In fact, plenty of Bush’s songs fit into this kind of ethereal framework, including Breathing (about an unborn child facing a nuclear winter), the whole second side of the Hounds of Love album (where she sings as a woman fighting for survival in an ocean) to Heads We’re Dancing (about a woman who dances with a man who turns out to be Adolf Hitler).

While many contemporary pop stars lean heavily into their real-world experiences and relationships (think Taylor Swift), Kate Bush sings about a woman whose son has been killed in a battle (Army Dreamers) or as a man unable to help his partner going through a dangerous childbirth (This Woman’s Work).

Bush is also not afraid of sex. And she sings about it in a way that defies any trend of the past five decades.

On her first album she featured a song that included the line “that feeling of sticky love inside”. In her last album of new material, over a 13-minute song she documents a relationship involving a snowman.

But nothing surpasses Flower of the Mountain. 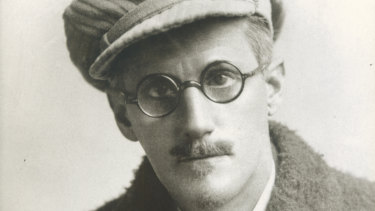 James Joyce’s Ulysses ends with Molly Bloom’s soliloquy - which Bush used for her song, Flower of the Mountain.

The song is Bush’s version of Molly Bloom’s Soliloquy from James Joyce’s Ulysses. It traces her racing mind to the point of her orgasm, ending with the words “yes, I said yes, I will yes, ooo yes”.

Bush had wanted to use Joyce’s original words but was turned down by his estate. By the early 2010s, the estate changed its mind and Bush used the great Irishman’s own words of Molly Bloom.

There are plenty of songs about female sexuality that have charted over the years – Cyndi Lauper’s all-knowing She Bop and Chrissy Amphlett’s I Touch Myself – but none have gone quite where Molly Bloom finishes in Flower of the Mountain. 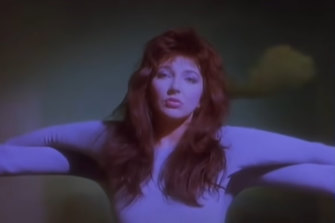 Bush she sings about sex in a way that defies any trend of the past five decades.Credit:

He said the renewed interest in Bush confirmed something about the musician and the song.

“Nothing else really sounds like Running Up That Hill. Nothing before it does and really nothing after it,” he said.

Her influence is everywhere in popular music today. At a concert at the weekend, Norwegian artist Aurora played a show in New York’s Central Park standing in front of a backlit circle – just like Bush had used through her live shows in the 1970s.

She wore a flowing dress that could have been from Bush’s early 1980s videos while she charged across the stage as Bush did when singing as a bride whose groom is murdered on their wedding day (The Wedding List).

And her pre-show mixtape featured the original Wuthering Heights, which prompted new Kate Bush fans in the crowd to dance like they were a ghost on an English moor. 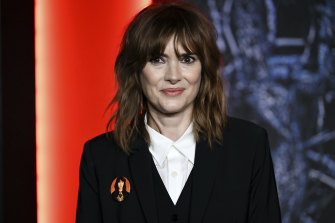 Life as a Kate Bush fan is not easy. After a 12-year gap between albums The Red Shoes and Aerial, she then took another six to release the next.

Bush fans are a little like those who believe the thylacine survives in Tasmania’s wilderness or there is a monster swimming about Loch Ness.

Her only post on her website, until last week, was from Christmas 2021 when she noted she had recently sighted a rare type of bird near her home.

But on Friday she broke her silence by writing about the resurgence of Running Up That Hill.

“You might’ve heard that the first part of the fantastic, gripping new series of Stranger Things has recently been released on Netflix. It features the song Running Up That Hill which is being given a whole new lease of life by the young fans who love the show. I love it too.”

Maybe we should consider ourselves lucky younger fans discovered Bush through Running Up That Hill. What would have happened if they first found her song Get Out of My House (inspired by Stephen King’s The Shining) in which she brays like a donkey?