The Australian technology sector has sailed through the COVID-19 pandemic relatively unscathed, with global player Sequoia and local heavyweight Blackbird leading the pack of venture capital firms pumping billions into the sector.

With $6.9 billion flowing into the sector, funding levels in the 2020 financial year were slightly ahead of 2019, which recorded $6.8 billion in funding. It was also almost double that of 2018, according to startup data compiler Techboard.

Sydney-based Blackbird Ventures has been the most active Australian venture capital firm during 2020, involved in 14 investments totalling $490 million. However, it was US heavyweight venture capital firm Sequoia Capital that invested in the highest value of deals in Australia with six deals totalling $643 million, including in startups Canva, Airwallex, CultureAmp and Q-Ctrl. 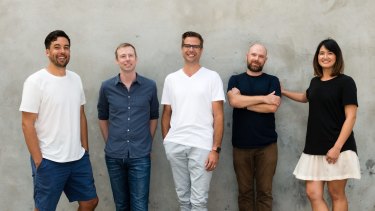 "We have been seeing foreign investment for a while but it does seem to be accelerating as the deals get bigger as generally big funds only write big cheques so you need to have a company of sufficiently late stage to be able to take that money," he said.

"They only get involved in more mature deals and we are getting more of those in Australia than we have before. We have seen quite a tremendous growth in $50 million and $100 million deals."

Mr van Bruchem said Blackbird was ahead of its local compatriots, including Paul Bassat's Square Peg Capital, in terms of the scale of the deals it was involved in.

"Blackbird has had a really big year with their latest $500 million fund announced in August and they don't seem to be slowing down," he said.

While the early days of the economic contraction triggered by COVID-19 global resulted
in significant slowdowns in venture funding, with falls in venture capital funding across China, Europe and the United States, Techboard's data does not show the same contraction in Australia.

The number of recorded funding events locally dropped during the third quarter of the financial year, however, total funding appeared to plateau and then increase in the last quarter to its highest level ever recorded.

Almost $2.4 billion in funds flowed into the sector in the three months to June 2020. Overall 895 transactions were recorded for the 2020 financial year, a 7 per cent increase on 2019.

Notwithstanding the pandemic, the levels of public funding in 2020 grew from 2019 levels with the number of deals struck rising 42 per cent to 153 and the total amount of funds raised up 20 per cent to $1.62 billion.

"While overall funding levels remain healthy and growing, the deal size under greatest stress is sub $1m investments that tend to be less serviced by the venture capital funds," he said.

"I am a little concerned about early stage startups getting funding in the current environment."

The top technology stories and reviews delivered weekly. Sign up to The Age's newsletter here and The Sydney Morning Herald's here.

Pirlo is the 3rd coach in the history of Juve to win a debut away match in the Champions League, after Capello and Lippi
Georginho Wijnaldum: Pickford went for an idiotic tackle. In matches with Everton, this often happens
Cech is included in Chelsea's Premier League bid. He ended his career as a player in the summer of 2019
Chiellini is in 3rd place for Juventus in the Champions League. Only Buffon and Del Piero played more
Eric ten hag: Liverpool is the best team in the world. But the game with Aston Villa showed that they are not perfect
Wenger on Ozil: Creative players need to be Supported. Mesut - outstanding player, champion
Nyom wouldn't jump on Suarez or Ramos like he did on Fati. Ex-Alaves player ELA about Getafe defender
Source https://www.theage.com.au/business/small-business/sequoia-blackbird-rule-the-roost-as-tech-funding-grows-despite-covid-fears-20201001-p560x1.html?ref=rss&utm_medium=rss&utm_source=rss_business