The normally staid council elections turned into a thrilling chase on the streets of Prahan when the mayor of Stonnington and two councillors caught a former colleague distributing brochures criticising the mayor.

Mayor Steve Stefanopoulos was tipped off about the leaflets by a Prahan resident who had spotted a black jacket-clad figure with a black cap pulled low and a black Nike face mask letterboxing the area. 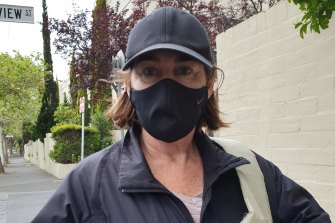 The mayor quickly arrived on the scene, near Williams and High streets, with councillors Jami Klisaris and Melina Sehr. They confronted the pamphleteer, who made off on foot, with the three investigators in pursuit.

Unfortunately for the pamphleteer, a lack of local knowledge led her to a cul-de-sac, where the councillors identified her as community activist and former councillor Denise Wallish.

"She was completely caught out. She was very surprised. She was freaked out," Mayor Stefanopoulos said.

CBD has viewed CCTV footage of Wallish putting flyers in local letterboxes. The former councillor has been campaigning with other residents against a $47 million redevelopment of Percy Treyvaud Memorial Park in Malvern East, which includes a new netball stadium.

"She can have views against the stadium, this belongs in the gutter. One thousand girls can't play netball in their own city," Sehr told CBD.

Previous anonymous flyers have targeted councillor Matthew Koce and outgoing deputy mayor John Chandler, who was the subject of a portrait donated to council by local developer Bill McNee. The painting is in the process of being returned to McNee. There is no suggestion that Wallish was responsible for those flyers.

Wallish did not return CBD’s calls. But a friend speaking on her behalf clarified that the activist was not distributing election material.

It will be some time before we get the full picture of the vast amount of money that federal and state governments have thrown at the pandemic.

But it’s unlikely many find themselves on a wicket as generous as Michele Morrison, the Department of Health and Human Services' new COVID-19 chief development officer. DHHS is led by secretary Kym Peake, one of the star witnesses in the ongoing inquiry into the government’s hotel quarantine program. 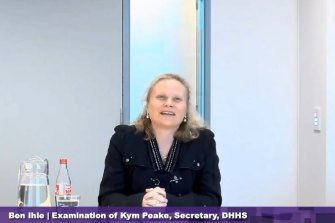 Peake took on Morrison midway through the public health meltdown, paying her some serious danger money.

What will the development tsar’s duties be?

“The chief development officer will play a key role in the delivery of the government's social housing program and will report to the deputy secretary housing at DHHS,” a departmental spokesman told CBD.

Morrison was contracted "following a procurement process" that was "undertaken in accordance with all Victorian public sector requirements".

The department didn’t comment directly on the enormous salary but is excited about her track record.

"Michele is a recognised expert in large scale, complex infrastructure delivery, most recently at Capella Capital where she led the team responsible for constructing the Bendigo Hospital."

Another source (Morrison’s LinkedIn page) was even more flattering: "Michele is whom you choose when you must have certainty of outcome on your projects."

Canadian alt-right YouTuber Lauren Southern has been punted from the speakers list at next month's Conservative Political Action Conference.

The event – regarded as Woodstock for the Sky After Dark crowd – kicks off in Sydney on November 4, US election day. 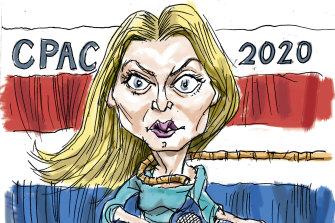 The Institute of Public Affairs, who sponsor the event, raised concerns about Southern's inclusion, as did a number of federal MPs scheduled to appear.

"A lot of people that support CPAC and want the event to succeed thought it was inappropriate for her to be there," one source close to the event told CBD.

Southern, who has moved to Sydney, appeared in a widely-circulated photo making a "white power" hand gesture to white supremacists including members of the neo-Nazi group Antipodean Resistance. Others understandably regard Southern's views on the "Great Replacement" conspiracy theory that warns of white genocide to be abhorrent.

Australian Jewish Association president David Adler said he had been reviewing his position on the conference but space restraints and Southern's removal from the line-up meant it became a "non-issue".

Cooper said he had been made aware of some attendees' concerns.

"Some questions were asked [about Southern's inclusion], but it wasn't just about her," Cooper said. "Space meant we dropped about half a dozen."

Did anyone else who received complaints get the chop? “Maybe not,” Cooper said.

Attorney General Christian Porter had a win of sorts on Thursday when the Maritime Union of Australia agreed to press pause on industrial action against port operator Patrick.

But an appeal sent out to industry shows just how prepped the Attorney-General was to escalate the battle if the impasse over the port operator's enterprise bargaining agreement continued with the MUA. 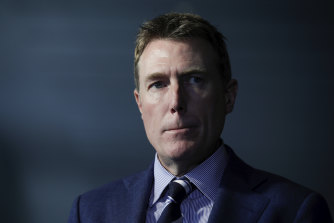 On Wednesday, International Forwarding and Brokers Association of Australia chief executive Paul Damkjaer appealed to members with a call to arms - of the bureaucratic variety.

"Today I have been contacted by the office of the Attorney-General requesting information on the impact the Sydney ports issue is having," Damkjaer wrote. "The Attorney-General's office would appreciate a letter or an email from your clients which/who are being impacted or who are concerned about the effects of the ongoing industrial action."

Letters sent needed to include specifics regarding costs incurred, delays and knock-on effects the industrial action has caused to members' clients, Damkjaer said. He also included the reminder: "Your client would need to be comfortable with the letter potentially being submitted as evidence to the Fair Work Commission in the event the Attorney decides to intervene in support of terminating industrial action."

Porter, luckily, didn’t need to take the nuclear option of relying on the Fair Work Commission to terminate the MUA's proposed action. But it's nice to know the A-G's department now has its ducks in a row if it needs to take the FWC route in a month's time.

Either way, government moves to work so closely with shipping bosses over the wharfies heads can't come as a pleasant surprise to his "BFF" ACTU secretary Sally McManus, who Porter has been relying on to help salvage broader industrial reform talks, which so far have stalled. Another union official said they were happy to finally witness the government's industrial relations sausage-factory in action.

"We’d never seen one of these letters get out, we assumed [the minister's office] always just called the bosses," one union leader said.

Messi scored in the 16th consecutive Champions League season and repeated Giggs' record
Bruno did not score a PSG penalty at the first attempt, but the referee asked for an Interruption due to Navas' exit from the goal line
Koeman is the fifth coach to manage 6 teams in the Champions League
Messi is playing his 17th season in the Champions League for Barcelona. This is a club record
Pirlo is the 3rd coach in the history of Juve to win a debut away match in the Champions League, after Capello and Lippi
Georginho Wijnaldum: Pickford went for an idiotic tackle. In matches with Everton, this often happens
Cech is included in Chelsea's Premier League bid. He ended his career as a player in the summer of 2019
Source https://www.theage.com.au/national/stonnington-council-detectives-surprise-mystery-pamphleteer-20201001-p5616u.html?ref=rss&utm_medium=rss&utm_source=rss_feed