You wouldn't guess it from the outside, but on the ground floor of Chifley Tower in the heart of the city some of Sydney's biggest players are getting into shape. 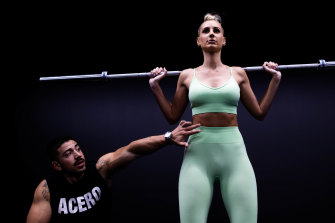 With its dark timbers, bronze accents, linen drapes and mood lighting, Soma looks more like a trendy hotel than a place where bodies are transformed – which is precisely the goal of head trainers and co-founders Franco Atashi and Simon Anderson. 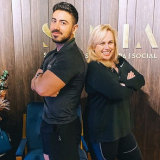 "We both have always liked the finer things in life and that's exactly what our clients are accustomed to, so it was important to mimic that at Soma Collection," Atashi says.

"The two of us specialise in training executives – your CEOs, COOs and CFOs – these guys are tired, stressed and often time-poor," explains Anderson. "We wanted to create an oasis that takes them away from their fast-paced lives."

The exclusive wellness club offers ballet barre, reformer pilates, a booty builder machine for those hoping to build their, err booty, health spa and infrared saunas. It has a strict cap on memberships.

"Our gym isn't for everyone. We don't get your typical bulky guys in here with T-back singlets throwing weights around, and we don't want that either," says Anderson, adding that they have turned away clients they consider unsuitable.

"Our clients trust they can come here and not get bothered with photos and autographs, it's a safe space for them to train and meet their fitness goals." 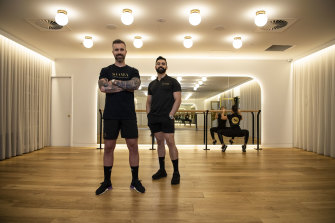 Former Soma trainer Jono Castano has made a name for himself as the go-to personal trainer to the stars after helping Rebel Wilson lose 18 kilos.

"People want to train with me because they know they get the result," Castano says. "No two celebrities have the same health and fitness goals."

Like Soma, anyone can train at Acero and take advantage of the gym's infrared sauna, juice bar, onsite flexoligist with a boxing ring, and basketball court. And for those who are going straight from the gym to the red carpet blowdries and a barber are available once a week.

King downplays her celebrity following. "While I am lucky to have some notable people train with me, the majority of my 500 clients are normal people who love the results they get from my program," she says.

Sandro Tonali: Milan on the crest of a wave. The Rossoneri shirt is pressing, but I'm getting in shape
Kadyrov's adviser hit the judge in the groin, and his son was dismissed from Akhmat and banned for three years. At first they all denied
AEK Carrera lost both matches in the Europa League with a total score of 1:5
Stefano Pioli: Milan have not achieved anything yet. The season is long, we will face difficulties
Mourinho 0:1 with Antwerp: the Best team won and the worst team lost
Bale did not make a performance in his first three games for Tottenham. He hasn't scored since January
Father Courtois: Keylor Navas was not a good teammate. When he left for PSG, everything became easier
Source https://www.smh.com.au/culture/celebrity/the-personal-trainers-getting-sydney-a-listers-red-carpet-ready-20200911-p55upa.html?ref=rss&utm_medium=rss&utm_source=rss_culture