Track soft 5 and rail out 2m from 1000m to 300m, then true the remainder so pattern just off the speed for much of the day before a late trend wider.

Wide open sprint with plenty of chances to get us under way. Gunnedah 6YO mare 3. Astrobaby from the under-rated Sally Torrens stables resumes with no public trial, but has been working well and normally comes to hand quickly. Will likely settle back and finish hard, and has placed nine times from 17 starts.

Dangers: Capable colt 8. Tools Down can strike at third run back for talented home-track trainer Melanie O'Gorman. Draws the inside and has superior early speed. Big watch on local filly and first starter 9. Bobby's Gift (Delago Deluxe x She's a Pretender by Danehill) who steps out off a useful trial for leading country stable.

Out we go in distance, and that augurs well for progressive Wyong 4YO 8. Sapphires Son from the Tracey Bartley yard who has more than enough ability to break through third-up. Hasn't had a lot of luck so far but found the line well in a deeper maiden here last start.

Dangers: Improving Scone mare 2. Inducement will find this easier than three career runs so far, and only missed by a whisker here a fortnight ago; while Wyong filly 12. Yamba's Star ran on okay second-up at Dubbo when well specked at a big price, and top country rider has been booked.

How to play it: Sapphires Son to win.

Odds and Evens: Evens a special. 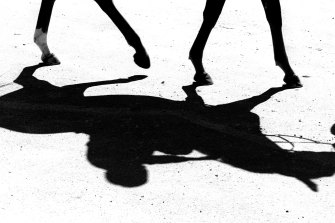 Plenty of chances in this one, but the best value is home track 3YO gelding 8. Hurn Court trained by Sue Grills. Was backed from $4.80 into $3.50 on debut, and stuck on well in a handy maiden behind Crackerjack Kenny. Improved again and better off drawn more outside horses. Sire had only one start in a Group 3, narrowly beaten by subsequent 2015 Golden Slipper winner Vancouver.

Dangers: Impressed by the first-up effort of Scone mare 7. Spirinac in a deeper maiden at home and gets in well after the rider's 2kg claim. Scone mare and former Victorian 6. Peroxide Blonde stuck on okay in that same race as the top selection. That was her first run for a year, and she's drawn to either lead or park right behind the speed. Local 4YO 1. Another Arli did his best work late resuming in a handy maiden at Grafton and was competitive second-up here last prep.

Home track 5YO gelding 4. Blazing Tycoon from the Cody Morgan stable was good first-up at Muswellbrook when looming to win but peaked on the run late before found the pressure in a Highway on a heavy track at Rosehill way too much. Won two straight in autumn and back to the right trip on preferred drier ground are big pluses.

Dangers: Stablemate US-bred 5YO and former Victorian 10. Yulong Base was impressive sweeping home to win his maiden second-up under a big weight at Grafton, and while taking on more seasoned and tougher ones here, has plenty of upside and could find himself in a Highway very soon. Rival local 6YO 5. Akecheta is a smart sprinter, and drawn to either lead or sit right behind the speed. Run down late in a CL3 at Grafton two runs back before a little flat in a BM 79 at Moree, but capable of hitting back. Newcastle 4YO 3. Two Up got lost back in the field here last start before working home fairly. Previous CL2 win at Scone from the back was smart, and with a little weight relief he can reproduce his best.

How to play it: Blazing Tycoon to win.

Now the stayers' turn, and it's a tricky and wide affair. Locally trained 5YO gelding 4. Tavion Prince from the Craig Martin yard likes to roll forward and has fought on well in his last couple. Bit tougher here but couldn't be any fitter and suited both up in distance, and with more senior and stronger rider aboard.

Dangers: Tough Gosford 5YO and perennial front-runner 3. Arabolini has won two of his last three, dominating all the way in a similar contest at Taree. Bigger challenge here drawn further out under more weight, but has a leading country to steer him across and again he'll be hard to run down. Forgiving about home-track 5YO 7. Kacper Boy who settled way too far back in that race won by Araboloni yet still worked home okay late; while include Gulgong 5YO 9. Clever Missile who didn't fire a shot at Wellington over further but gets back to the track and trip where he won the start before.

Another very even and tactical battle over the mile. Now that talented mare 4. Stratacheva from the David Atkins stable at Newcastle has roared back into the winner's circle, she can go right on with it. Had hit the line hard in two successive runs before powering home to beat a good CL1 field at this track, and pushed out to the mile at an ideal time.

Dangers: Improving Wyong 5YO 1. High Court comes through some impressive formlines, having charged home to just miss over the Grafton carnival before beaten under 2.5 lengths in a strong BM 64 at Wyong where the first two horses have since scored dominant wins. Only real concern is getting back from the inside draw. Consistent Scone 4YO 7. Shame Warned doesn't know how to run a bad race. Fough on like a caged lion to win a BM 58 here last start, and carries 1kg less.

How to play it: Stratacheva to win.

Keen here on promising 4YO Scone mare 10. Stunning Mosa from the Mark Schmetzer yard who can make it two from her last three getting out in distance. Charged over the top of a good-quality maiden field at home two runs back before doing her best work late in a CL2 at Taree on heavy ground. Draws to run this out very strongly, and stable has a high opinion.

Dangers: Local 6YO 2. Schappose hasn't won for a while but has consistently been banging on the door in deeper fields. Charged home to just miss at Scone three runs back and was fair to the line in a stronger race there last start when ridden further forward. Wauchope 7YO 8. Mosh Vain is drawn out but has early tactical speed and desperate for this longer trip well into the prep.

Good-quality sprint to finish. Lightly raced Wyong 4YO 3. Henschel from the Allan Denham stable resumes with no public trial, but is a smart customer. Careered away to bolt in his maiden second-up at Bathurst in summer and progressed quickly to CL2 grade before being spelled. Draws to get a charmed run behind the speed.

Dangers: Scone mare 5. Skara Brae put two wins together before finishing hard in consecutive Highways, the latest behind Tallis a huge run in heavy ground coming from so far back when the leaders were hotly advantaged all day. Newcastle mare 2. Xiaoli's Ying resumes off two controlled trials and was never out of a place, including two wins, through last spring and early summer. Another one from the O'Gorman yard, talented 4YO 1. I'm On Break has been freshened since failing on the heavy in a Highway at Randwick when slow to begin. Showed terrific speed to win two straight here last prep, and as long as he gets across from a wide draw, will be around the finish. Blinkers come off.

Leeds United have offered Bayern 20 million euros for Nuisance. Clubs in final stages of negotiations
Pep has already spent under 480 million on city's defence, and this week broke the club record for spending on a defender
The APL referees will be asked to soften the hand play. But the League cannot deviate from the rules
Lyon values Aouar over 40 million euros. Arsenal offered 35
Tottenham are not selling Mourinho's merch - because Chelsea still own the trademark rights. But it didn't stop Manchester United
Shomurodov is close to moving from Rostov to Genoa for 8 million euros (Sport Italia)
Pobegalov about 12 cases of covid in Shinnik: I hope we can start training by October 4
Source https://www.theage.com.au/sport/racing/tips-and-race-by-race-guide-for-tamworth-on-friday-20200806-p55j6v.html?ref=rss&utm_medium=rss&utm_source=rss_feed