Too ‘blokey’ and cliched? Why Tim Winton has become one of our most divisive authors

It was thirty years ago that Tim Winton’s novel Cloudstreet won the Miles Franklin Award, but the years haven’t dulled the furious arguments over the merits of the book, and the author. Despite being canonised in the high school curriculum and selling more than two million copies across 29 different novels – several of which have been adapted into film – Winton’s writing remains hotly divisive. 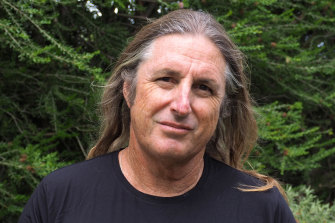 Tim Winton is an Australian author well-known for his exploration of masculinity.Credit:Denise Fitch

The criticisms of Winton’s work range from his books being sexist and preachy, to his writing style being too pretentious and focused on particular aspects of Australian culture, while fans flock to his defence claiming he interrogates masculinity and empathises with the suffering of the country’s most marginalised.

Winton has even inspired a Twitter account, @timmwinto, where the anonymous poster impersonates and lampoons the author’s Aussie-masc cliches.

Deakin University literature professor Lyn McCredden has some theories as to why Winton seems to rub people up the wrong way.

But for others, that’s exactly what they’re looking for.

“People who love our Australian language, the bush and the place of Australian landscapes and oceans ... I think they really appreciate seeing themselves represented,” McCredden says.

“A lot of Tim Winton’s literary reputation is founded on his ability to elevate Australian ‘ordinariness’ to stylised and poetic heights,” Best says. “Ironically, though, this doesn’t sit well with the cultural cringe felt by many domestic readers.

“Anyone who feels Australia’s cultural staples – the beach, the larrikin, the bush – are already a bit hokey and contrived isn’t going to love Winton’s serious and sometimes romantic treatment of those same topics.”

Whether the distinct sense of kinship with Country that Winton establishes is genuine can be polarising for readers, too.

“It’s often quasi-Aboriginal, the way [the kinship] is expressed,” Hughes-d’Aeth says. “It can either come off as authentic or appropriative – [adapting the style] without acknowledgement.”

McCredden says Winton’s values are yet another source of division. 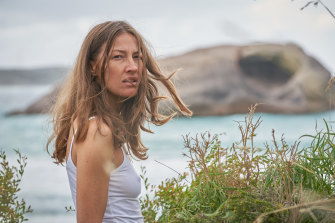 Tim Winton’s novel Dirt Music was adapted into a film and shot in Western Australia in 2019.Credit:

For the record, McCredden “absolutely disagree[s]” with that assertion. Instead, she sees Winton’s work as simply aligning with Christian values such as compassion for the marginalised. “There’s a real sense of defence of those who haven’t got a voice themselves,” she says.

Hughes-d’Aeth agrees there’s an “unashamedly metaphysical” focus in Winton’s writing that doesn’t sit well with some readers, where religion is used to explore and tease out philosophical questions about our existence. But Hughes-d’Aeth, like McCredden, doesn’t see it as “Bible-bashing”.

There’s also the claim that Winton’s work is sexist, with Hughes-d’Aeth pointing out some readers, especially women, may find Winton’s writing “too blokey” and his interest in masculinity off-putting.

“There’s a real sense of defence of those who haven’t got a voice themselves.”

Novels such as Dirt Music are especially controversial, with some critics saying Winton refuses to give women a proper role in his stories, although McCredden questions that view.

“I actually think there are a lot of women in his fiction, and that they can be very strong,” she says. “He has a dialogue about gender relations and what men and women lose in terms of their relations.”

Caitlin, 22, who works at a bookshop in Melbourne, says her relationship with Winton’s work has shifted through the years – and the focus on masculinity has become too much.

Caitlin says she loved Winton’s novels during her high school years but isn’t a fan anymore. 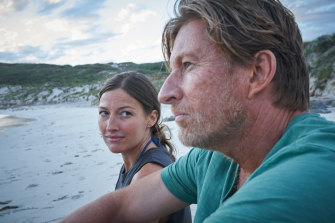 “[Winton] captured the Western Australian lifestyle in a way that I hadn’t seen before,” Caitlin says. “The setting was so alive and a character of its own. It wasn’t beautiful, but it was real enough that I lived in it.”

But reading his work now, Caitlin says Winton’s “preoccupation with hypermasculine perspectives feels a little overbearing”. Or, she muses, she has “a lot less patience for it than I did as a teenager.”

Winton declined to be interviewed for this story, but has previously spoken about his focus on masculinity, seemingly aware of the criticism but unapologetic about it. “Nobody needs to hear me mansplaining on the subject of the patriarchy,” he said in a speech about his most recent book The Shepherd’s Hut in 2018.

In an interview with The Guardian the same year, in response to accusations that his work is sexist, Winton said, “A lot of the time, I wonder if I’m just being convicted of insufficient valorisation of the women characters.”

“[Women writers] don’t have quotas in their fiction about making sure they get enough men characters.”

Winton emphasised that to provide better modelling for their behaviour, boys need to be attended to, including in literature. “Yes, boys need their unexamined privilege curtailed,” he said. “But the first step is to notice them. To find them worthy of our interest.”

And as someone who is often at the beach, Winton said he has come to “know a bit about boys,” determined to put his observations on paper as a starting point to shutting down harmful elements of masculinity.

While some readers find Winton’s books uplifting or cathartic, McCredden says others simply find his writing unpleasant to read. “There’s a range of readers who find his work depressing, violent or unhappy,” she says. “And they don’t want to read that sort of literature.”

Those people, especially if they work in emotionally demanding fields, might be looking for an escape from their daily lives when reading. “Some of my friends who are medicos say they don’t want to read stuff that’s really depressing because they have so much of that in their work,” McCredden says.

But McCredden adds reading stories that challenge us can be important. “If something’s not from your world, or it’s too violent for you to contemplate, you can actually learn out of that circumstance,” she says.

And for her, Winton’s work helps to address the suffering felt by people. “I think there’s a real sense of value and the dignity of human beings, no matter how low they find themselves in life,” she says. “[Winton] is lifting that up and asking what we can do to ameliorate some of that [suffering].”