A new row over the republic is set to ignite as secret letters reveal the role of Buckingham Palace in the dismissal of the Whitlam government in 1975, with a key historian expecting the papers to expose decades of false claims.

Monash University professor Jenny Hocking said the papers would highlight the "problematic" claim that the Palace had no part in the dismissal despite hundreds of letters to and from former governor-general Sir John Kerr. 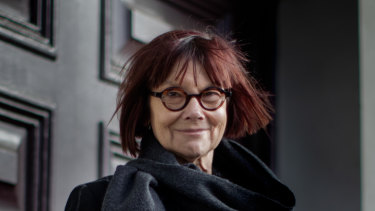 Historian Jenny Hocking: "There was pretty strong institutional force that the letters not be released."Credit:Simon Schluter

The High Court ruled in May by six judges to one that Australians should see the letters over the objection of Buckingham Palace, Government House, the federal government and the National Archives of Australia.

"There was pretty strong institutional force that the letters not be released," Professor Hocking said in an interview.

"But it's our history and it's about our knowledge of that history. It has been a distorted history, one for which the true details have emerged crab-like over decades after strong research work to unravel what really happened.

"So the release of these letters is in itself momentous but also typical of the way the history of the dismissal has come to light – gradually, after great effort, and with quite volcanic repercussions."

While the initial focus will be on the contested events of November 1975, Professor Hocking said the details in the letters would raise questions over "royal secrecy" claims for the Queen and whether Australia should become a republic.

"Inevitably it will reflect upon how we feel having, as our head of state, a queen who is resident elsewhere and is not an Australian citizen," she said.

"If we see that the system that we are told is not broken actually was broken in 1975, then I think people will think about whether we can do it better – without that murky, quasi-imperial notion of royal secrecy.

"That's what the High Court has overturned: royal secrecy, which was presumed and then applied without any question really, even in our own archives. I think it's a wonderful thing that that's now in the past."

Professor Hocking first uncovered a mention of the letters in Sir John's papers at the National Archives of Australia a decade ago.

The former governor-general's personal notes made clear the likely contents of a file titled "personal papers", but the file itself was not open to the public. Only later, when Professor Hocking sought access through the courts, did it emerge that the Palace had acted in the weeks after Sir John's death in 1991 to stipulate that the papers be kept secret until at least 2027 and royal approval would be needed before they were released.

"It was a very important change, following the Queen's instructions. So how could they be Kerr's personal papers if the Queen – or anybody – could come in and change the terms that Kerr had set quite clearly," she said.

Sir Martin wrote to the speaker of the House of Representatives, Gordon Scholes, in the days after the dismissal to insist the Queen "has no part in the decisions which the Governor-General must take" in accordance with the constitution.

Professor Hocking said what was already known of the letters, including from the agreed facts in the High Court case, showed Sir Martin's claim was "problematic" because the Palace appeared to have a part in Sir John's decisions.

Other claims around the dismissal have been proved false over time. While Malcolm Fraser initially claimed it was "complete nonsense" to say he had advance knowledge of Sir John's plan before he was made caretaker prime minister on November 11 that year, witnesses later revealed he and Sir John had conferred.

Another secret, kept for 37 years, was that High Court judge Sir Anthony Mason had advised Sir John to the point of drafting a letter to be used to dismiss Mr Whitlam, although Sir John replaced this with a letter of his own.

'The release of these letters is in itself momentous but also typical of the way the history of the dismissal has come to light – gradually, after great effort, and with quite volcanic repercussions.'

"This is a shocking travesty of history, that the people involved, the key protagonists, manipulated the history," Professor Hocking said. "That's been a really distressing thing for me, to come to that realisation as I did this research."

But Sir John appeared to hope the letters would be released one day, just as he appeared to want Sir Anthony's role to be revealed to add to the public knowledge of the advice from the High Court chief justice, Sir Garfield Barwick.

"He felt this would have bolstered the actions that he took," she said of the release of the letters.

One document, which the National Archives released to Professor Hocking eight years after she applied for it, showed Sir John consulted the Palace when writing his memoir, Matters for Judgment, and removed some passages to satisfy Sir Martin. The letter from the Palace about the book was not released.

Professor Hocking said the court dispute over the letters raised questions about the National Archives when submissions to a review of the organisation last year, conducted by former public servant David Tune, revealed dissatisfaction with the way it was run and its shortage of funds.

"I'm not alone in waiting years for documents," she said.

"If you look at the submissions to the Tune review, they're damning. The archives have had their resources slashed, as many public sector organisations have, and that puts a question over their decision to contest this all the way to the High Court.

"That has cost them more than $2 million because all costs were awarded against the archives. I think there's a pressing question about their financial priorities at such a critical time."

Lopetegi about éver Banega: When he plays well, the whole of Seville plays well
Sanchez received 7.5 million pounds from Manchester United for terminating his contract
Javi Martinez is Interesting to Renn. The club will play in the Champions League
Fonseca Pro 0:2 with Sevilla: Roma deserved to lose
Manchester United are ready to sell Lingard. He has scored in the last two matches
Dzeko Pro 0:2 with Sevilla: Roma never got into the game
Sergio Region: Sevilla are determined to win the Europa League. We want to win everything we can
Source https://www.smh.com.au/politics/federal/volcanic-repercussions-palace-letters-set-to-ignite-new-republic-debate-20200713-p55blg.html?ref=rss&utm_medium=rss&utm_source=rss_feed