London: Julia Gillard says the coronavirus crisis should encourage voters to think more carefully about whom they support at the ballot box, while criticising "macho strongmen" like Brazilian President Jair Bolsonaro for failing to provide the empathy offered by women leaders.

The former Australian prime minister predicted the mixed handling of the pandemic by world leaders might "shock" people out of complacency about politics. 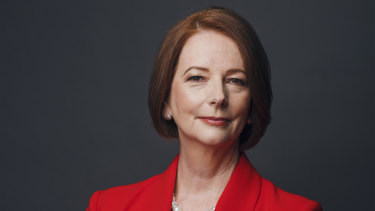 "I'm not saying people shouldn't have a laugh or a joke but selecting who is going to represent you in Parliament is a serious thing," Gillard told a British audience via videolink on Thursday.

"It's been so serious in 2020 that the capacity of people [whom] voters have selected right around the world has increased or decreased people's chances of living or dying. That's how serious this decision is."

The capacity of people [whom] voters have selected right around the world has increased or decreased people's chances of living or dying.

Gillard - who will next year become chair of Wellcome Trust, Britain's largest charitable investor in medical science and research - told the Guardian online event that too many voters did not appreciate the ramifications of their choices on election day.

"We as the community, and as voters, need to make our democratic selections with the level of thoughtfulness that we would put into other big lifetime decisions - like whether to change jobs or buy a house or move country or get married or have a child."

Her criticism appeared to be directed internationally, as she praised Prime Minister Scott Morrison, Opposition Leader Anthony Albanese and state and territory leaders for their response to the global outbreak.

"I think it has been quite easy for people to say to themselves before this crisis, 'Oh, government doesn't really matter to me, it doesn't do much, it doesn't make a big difference to my life, one idiot or another will run it so do I really have to worry too much about which idiot it is'," Gillard said.

"We've all spent months hanging off the words of chief medical officers and people like that, listening to the science. And I hope we take that sense with us, that expertise matters, evidence matters, government matters."

Asked whether there was a direct link between some countries which have managed the virus well also being led by women, Gillard replied: "I suspect a statistician would tell you we don't have a big enough sample size to make grand pronouncements about women leaders."

However Gillard said New Zealand Prime Minister Jacinda Ardern and Norway's Prime Minister Erna Solberg had demonstrated the warmth and reassurance she believed the public craved during a national trauma.

"People have liked to see that," the former Labor leader said. "And the converse - and probably Brazil is the standout here - is the absolute macho strongmen [approach of] 'Oh, a virus, it's not going to get me'.

"Well guess what? This is nature. It's science. And it's not going to respond to confident posturing or blustering. That's not how this works. So that pure strongman model I think has had adverse consequences and people have looked for the warmth and empathy." 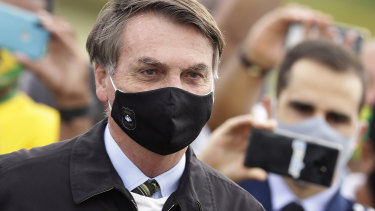 Brazil's President Jair Bolsonaro contracted the virus after initially dismissing the pandemic as a "little flu".Credit:AP

Bolsonaro tested positive for the virus this week after playing down the disease and ignoring medical experts for months. Journalists have now filed a criminal complaint against him for removing a mask at a briefing while infected.

In two more downbeat assessments, Gillard suggested action on climate change and a new appreciation of frontline workers risked being lost as the global recession deepened.

"I am concerned that because economies right around the world ... are going to be under such pressure that actually this emotional wave could be lost before it's translated into action."

Asked whether she was pessimistic or optimistic about climate change, Gillard told The Guardian columnist Zoe Williams she wants to be an optimist.

"If it's right that expertise has come to the fore in this pandemic and we remember that beyond the pandemic, then I think that's good for the debate on climate change and what needs to be done," she said.

"But in my less optimistic moments I would be concerned that the economic shock will take all of people's attention ... and that will distract from the political energy needed to go into climate change, reducing carbon and making a profound difference to the climate."

Tonali will move to Inter after the end of the Europa League
Gasperini worked at Juventus (only with youth) and Inter (sacked after 5 matches), but Atalanta became the grandee for him
Parejo and Coquelin has gone from Valencia to Villarreal
Coca: The win over Liverpool had a good impact on us. It is not easy to beat the European champion and the Premier League twice
Giovane Elber: Lewandowski is better than Messi now. Lionel is a genius, but this year Robert is unattainable
The head of the Belarusian Tribune was detained in Minsk. Max, we're with you
Karl-Heinz Rummenigge: FIFA is seriously thinking about awarding the Golden ball. I want Lewandowski to win
Source https://www.smh.com.au/world/europe/whom-you-vote-for-is-a-matter-of-life-or-death-julia-gillard-20200709-p55apw.html?ref=rss&utm_medium=rss&utm_source=rss_feed