'You can't be what you can't see': ACT's first Aboriginal magistrate

Louise Taylor remembers sitting in the ACT Magistrates Court as a nervous young lawyer, questioning her sanity as she rehearsed the phrase "may it please the court" over and over again in her head.

On Monday morning, after more than 15 years working in prosecution and defence roles across various courts, she returned to the court to take her new seat on the bench. 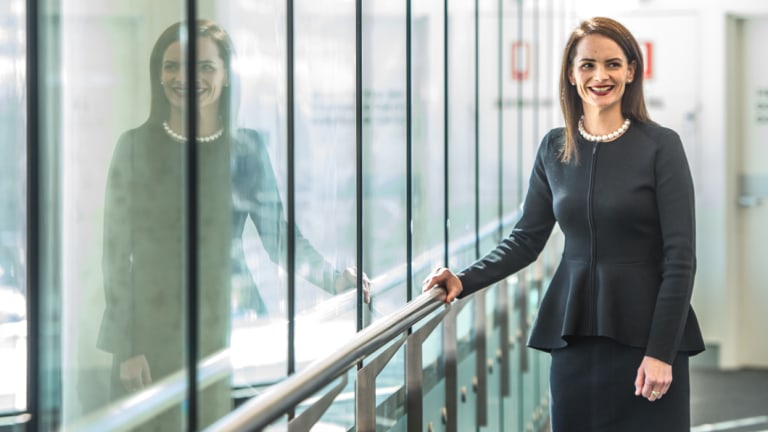 Ms Taylor was sworn in as a magistrate during a ceremonial sitting that made her the ACT's first Aboriginal judicial officer.

In her speech, Ms Taylor said she had been overwhelmed by the legal fraternity's reaction to her appointment, and humbled by suggestions she would be a trailblazer for Aboriginal members of the profession.

She said there was a belief that "you can't be what you can't see", and that it was important for people to be able to see Aboriginal people as leaders.

"My Aboriginality, to steal a phrase, is not everything, but it's not nothing," Ms Taylor said.

Ms Taylor described the Magistrates Court as the engine room of the administration of justice in the ACT, and the place people were most likely to come into contact with the justice system. 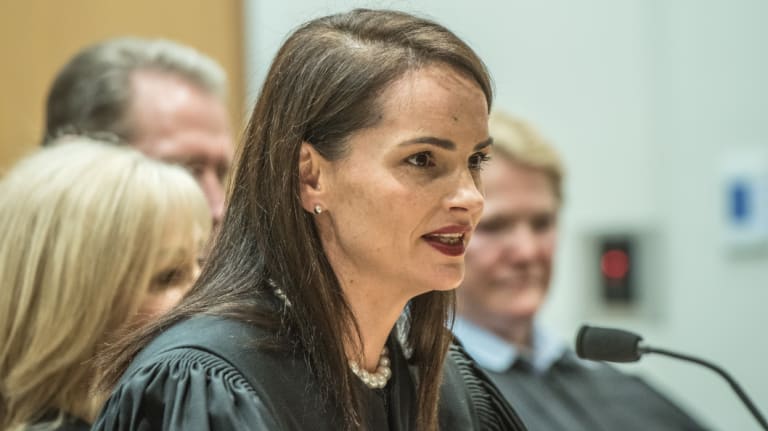 Magistrate Louise Taylor, who was sworn in at the ACT Magistrates Court on Monday morning.

"This appointment feels a weighty responsibility, as it should," the former Legal Aid ACT deputy chief executive said.

"I won't ever forget how hard it can be to be an advocate, the courage it can require and the toll it can take."

Ms Taylor's appointment means the ACT now has eight full-time magistrates, bringing some relief to a court that has long struggled to keep up with the volume of criminal, civil and coronial matters.

People who come through the ACT Magistrates Court criminal lists can wait months for a hearing date, while coronial matters are sometimes not resolved for years. 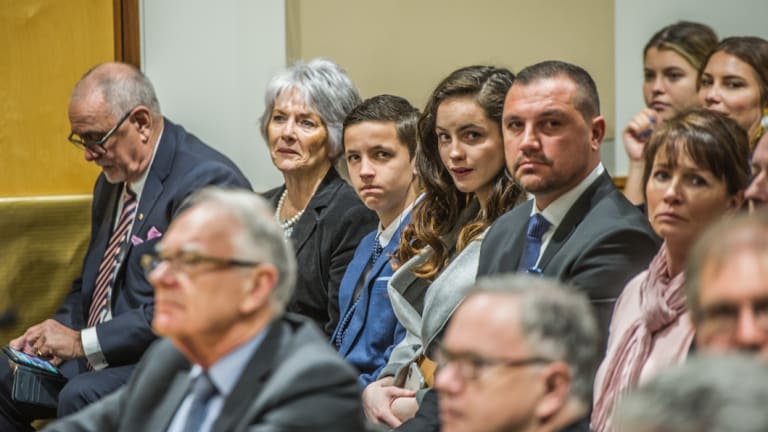 ACT Bar Association president Ken Archer said of the many welcoming speeches he had given at swearing-in ceremonies, none had given him greater pleasure.

Mr Archer, who recruited Ms Taylor to her first role with the Office of ACT Director of Public Prosecutions, said she had too many achievements to list.

He singled out her efforts in improving access to justice for Aboriginal women for praise, and described Ms Taylor as "worldly, smart, frank and enormously straight-forward".

"You are respected because of your preparedness to walk the talk," Mr Archer said.

In his speech, Attorney-General Gordon Ramsay lauded Ms Taylor's work prosecuting cases as part of the ACT Family Violence Intervention Program, saying it was perhaps the role that best defined her career.

Mr Ramsay said Ms Taylor's experience made him confident she would help keep the justice system fair and accessible for Canberrans.

"The Canberra legal community has not only welcomed, but celebrated your appointment," he said.

Lampard on 3-0 with Watford: a dry Win at home, three goals scored-Chelsea played very well
Pulisic on 3-0 with Watford: Chelsea needed this win. We are confident that we can get into the top 4
Rebic scored 9 goals for Milan in 11 Serie A matches
Mikel Arteta: getting Arsenal into the Champions League seemed impossible a few weeks ago
Бав Bayern won the gold double in Germany for the 13th time
Neuer provided an assist in the German Cup final with Bayer
Sarri about 4:1 with Torino: Juve had a false sense of security after a couple of goals
Source https://www.smh.com.au/national/act/you-can-t-be-what-you-can-t-see-act-s-first-aboriginal-magistrate-20180917-p5047i.html?ref=rss&utm_medium=rss&utm_source=rss_feed

Relax and unwind in a home at one with its surrounds

COVIDSafe app helps stop the spread - our research proves it

'Up and over she goes': Premier's Powerhouse backflip worthy of Nadia Comaneci

System is cooked when a 'sexual harasser' is promoted, not punished

'Beautiful to have a pint': England's pubs, restaurants and hairdressers reopen

For once, the right decision has been made for the future of our wonderful city

Will curriculum reform take students back to basics, or prepare them for the future?

Barilaro approved $4 million in council grants for his own electorate

'We don't see ourselves as a cold country': Why is it so hard to stay warm in Sydney?

Faith is key to our lives, even for atheists

Byron Bay flooded with A, B and C listers

Berejiklian's Powerhouse backflip a crowd-pleaser for east and west

More than 1000 foreign citizens allowed into Australia on compassionate grounds

Australian man in diamond investigation in the Congo

'A slap in the face': Couples separated by Australian border closure

Daughter refuses to back down as mum battles rare cancer

Ju jitsu kicks back into business with new-look venue

The man behind the $20 million bid to buy Manly

A rare insight into what is everyday life for others

From car park to affordable housing: partnership to give shelter to battlers

And just like that, Daniel Andrews is fighting on several fronts

Lessons for today's politicians from 75 years ago