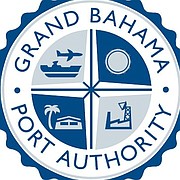 GBPA believes the closure of the Gold Rock Company and its sister businesses is not in the best interest of Grand Bahama.

“It has always been the position of the principals, shareholders and management of the Grand Bahama Port Authority that the closure of the Gold Rock Company and its sister businesses is not in the best interests of Grand Bahama,” the Port Authority said in a press release yesterday.

“It has always been the position of the principals, shareholders and management of the Grand Bahama Port Authority that the closure of the Gold Rock Company and its sister businesses is not in the best interests of Grand Bahama.”

According to the Port Authority, DevCO has been and remains open to further discussions with Gold Rock’s principals in the hopes of charting a productive way forward.

In an official press release GBPA said: “The Port Authority acknowledges and accepts a concern on the part of DEVCO that the terms of its former agreement with Gold Rock unfairly privileged one licensee over others.

“As previously stated, we also regret attempts to mischaracterise GBPA’s role in this matter, in an effort to gain a negotiating advantage. Our responsibility is to protect the interests of all licensees and promote the well-being of the Grand Bahama community as a whole.”

The Port Authority hopes the matter can still be “resolved amicably”.

“In keeping with this mandate, we express our sincere hope that this matter can still be resolved amicably,” GBPA. “We are certain that through further negotiation in the spirit of good faith, a new agreement can be concluded that is equitable and beneficial to all involved.”

Earlier this month, Prime Minister Philip “Brave” Davis implored Gold Rock’s owners to “spend every effort” to resolve their differences with the Grand Bahama Port Authority (GBPA) and its affiliates despite signs that the impasse cannot be resolved.

In a statement issued by Clint Watson, his press secretary, Mr Davis said he had updated his Cabinet after speaking with Gold Rock’s owners, the Florida-based Del Zotto family, in an effort to convince them to reverse their decision to exit Grand Bahama and leave an estimated 130 Bahamians without a job.

The Prime Minister said he had indicated they should seek to resolve the dispute with the GBPA and DevCO so that their concrete manufacturing, hardware and home furnishings and accessories businesses remain in operation for the benefit of Grand Bahama’s economy and its people.

However, the Del Zottos replied that their relationship with Freeport’s quasi-governmental authority and DevCo had broken down to the point where it was likely irretrievable. “Regrettably a number of Bahamian jobs were lost. It’s the main reason why we’ve asked them to reconsider their position,” Mr Davis said in a statement, noting the public positions taken by both sides.

Despite the very difficult issues, again, we asked the Del Zotto family to spend every effort to resolve the matter.”