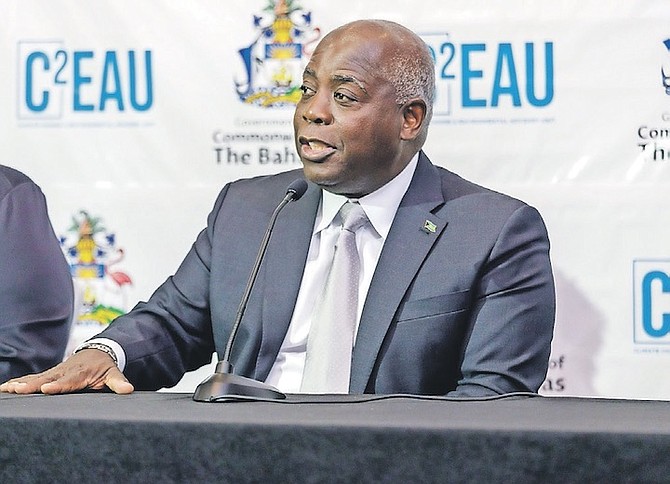 PRIME Minister Philip Davis left the country on Wednesday to attend the 10th Summit of the Organization of African, Caribbean and Pacific (OACPS) Heads of State and Government.

The summit runs from December 9-10 in Luanda, Angola.

At least 79 member states from the three continents representing 1.5 billion people are expected to participate in this summit. Leaders are expected to discuss, amongst other issues, the challenges of climate change, including economic diversification and peace and security challenges. Deputy Prime Minister Chester Cooper, will serve as acting Prime Minister until Mr Davis’ return on December 13.

Junior Junkanoo is back

UN report: Caribbean and Latin American region has the highest cost for a healthy diet compared to the rest of the world

Tourist arrivals back at 7 million

‘No surprise’ at increase in sex crimes, say activists

DAVIS: STAY OUT OF MY BUSINESS – PM hits back at FNM leader over calls for reshuffle

BTC internet goes down in eastern New Providence while paying customers are given “friendly reminders” to PAY DEY NOT DUE BILLS!

Safe Return of the Diplomatic Staff Stations in The Bahamas Embassy Port-au-Prince, Haiti…

THE MINISTRY OF TOURISM, INVESTMENTS & AVIATION ON VISITOR ARRIVALS