Two die on New Providence and a serious mishap on Grand Bahama injured several others over the weekend…. 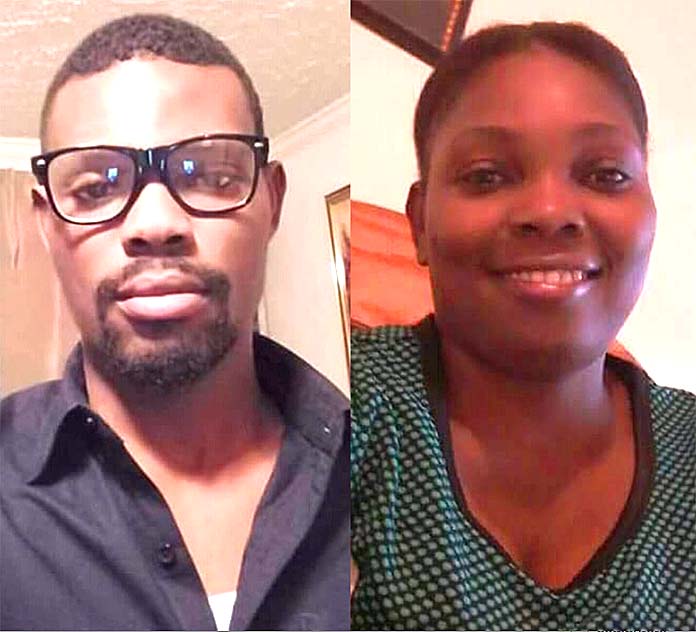 Sister and brother killed in a traffic accident on Marathon Road by a distracted Defence Force Officer today. The officer is working with traffic officers as they carry out their investigations. Will she be charged or is now the precedent set…where you could knock anyone down dead in the road like the Dancing Labour Day driver…kill your victim…get protection from the Minnis Government and be back behind the wheel before the week is out. Is that where we are headed? We shall see how this episode ends…
Nassau – A member of the Royal Bahamas Defence Force is currently assisting Police with investigations following a traffic accident earlier this morning in which two pedestrians succumbed to their injuries.

According to reports, the tragic incident occurred on Marathon Road around 1:00 a.m. September 16. The person involved was an off-duty (Woman) Marine of the Royal Bahamas Defence driving a private vehicle at the time. The unfortunate incident resulted in a male and female pedestrian succumbing to their injuries.

It was also reported that the driver, who is assisting Police with their investigation, waited for paramedics and Police to arrive at the scene prior to being transported by ambulance to Princess Margaret Hospital for medical treatment.

The prayers and sincerest condolences of the Commander Defence Force, Officers and Marines are extended to the members of the bereaved family.

Meanwhile we have a clearer understanding with what happened to that major accident on Grand Bahama last night.

The accident involved (4) vehicles including a church bus transporting parishioners. The driver of the bus and passengers sustained serious and slight injuries. The other vehicles and drivers received slight and serious injuries and were all transported to the Rand Memorial Hospital via EMS personnel. In this matter there were no recorded deaths.

Player the Premier League has admitted that he is gay anonymously. The letter was sent to the newspaper by the Foundation named after a football player who committed suicide after coming out
Messi has given 20 assists in La Liga. This is the best result of the tournament in 11 years
Chelsea lost by at least 3 goals in the Premier League for the first time in 11 months
Messi scored 20+20 points for the season in the League and repeated the achievement of Henri. In the XXI century, only they did it
Legia won the Polish championship for the 4th time in five years. It repeated the League record for titles (14)
Lazio has lost 3 matches in a row and can concede 2nd place in Serie A if Atalanta wins against Juve
A Parma employee has a coronavirus. The team is isolated on the base, but will continue to play in the championship
Source http://bahamaspress.com/2018/09/16/two-die-on-new-providence-and-a-serious-mishap-on-grand-bahama-injured-several-others-over-the-weekend/

From Independence to this 47 years later! A few weeks ago it was the DEFENCE FORCE GALS! Now looka dis? BP IS LIVE!!!

BUT president: Union yet to receive plan for schools reopening

A Caribbean Recipe That Dates Back To Slavery

STATESIDE: Trump has become the reality he railed against four years ago

FRONT PORCH: PM has our safety at heart - nothing more sinister than that

New E-Commerce Buyers Emerge In Mexico Amid The Pandemic

Lodge Joins BTVI in the Fight Against COVID-19

Two men who attempted to bribe police are fined

Sands: There is a low risk of catching COVID-19 at the beach

More than 6,000 students to enroll in UB this fall

PM says PLP is a ‘disaster’

Jesus promises us deliverance from our sins

It is not too late to change

SFA, UEFA Assist donate over $40,000 of equipment to Dorian-affected islands

TRUST ME: PM tries to persuade us he’s right

Laying out the roadmap for economic resilience

Bahamians are urged to 'acquire taste' for apps

'Devastating' if COVID-19 finds its way to Exuma

New cases a concern for some in Grand Bahama

Too drunk to remember stealing cash from bar

University of The Bahamas will have at least 6,000 students, says Lloyd

ALICIA WALLACE: When we are having a difficult conversation - are we really listening?

Bannister: No load shedding this summer

The Dominican Republic Has A New President-Elect

Financial services expert on tax watchdogs: There won’t be any appeasement

Slow return of passengers helping with capacity mitigation at LPIA