NEW YORK — Leon Black, the billionaire co-founder of private equity firm Apollo Global Management Inc , was sued on Monday by a woman who said he raped her two decades ago in the late sex offender Jeffrey Epstein’s Manhattan mansion.

Cheri Pierson said she had been a cash-strapped single mother who had already given Epstein five massages for $300 each, when the financier arranged in the spring of 2002 for her to massage Black for $300.

She said Black, who was eight inches taller and weighed more than twice as much, without her consent physically overwhelmed her and caused “excruciating pain” in their encounter on the third floor of Epstein’s home. 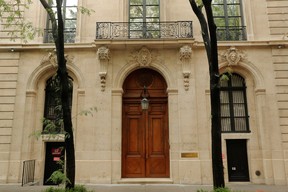 Susan Estrich, a lawyer for Black, called Pierson’s lawsuit “categorically false and part of a scheme to extort money from Mr. Black by threatening to destroy his reputation…. We intend to defeat these baseless claims.”

Pierson’s lawsuit in a New York state court in Manhattan seeks unspecified damages from Black for sexual assault and intentional infliction of emotional distress, and from Epstein’s estate for negligence.

Her law firm Wigdor LLP also represents Guzel Ganieva, a former Russian model who in June 2021 sued Black for defamation, saying he falsely claimed she tried to extort him after accusing him of rape.

In a Nov. 19 letter to the Wigdor firm, Estrich said: “Mr. Black never sexually assaulted anyone anywhere at any time.” She also said Black may bring defamation claims or seek sanctions if Pierson sued.

Lawyers for Epstein’s estate did not immediately respond to requests for comment. 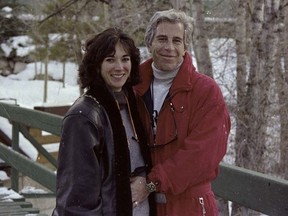 Black is worth $9 billion according to Forbes magazine.

Pierson sued under New York’s Adult Survivors Act, a new law giving sexual assault victims a one-year window to sue their alleged abusers, even if the misconduct occurred long ago and statutes of limitations have expired.

Epstein killed himself in August 2019 in a Manhattan jail cell while awaiting trial on sex trafficking charges.

His former associate Ghislaine Maxwell is appealing her conviction and 20-year prison sentence for enabling Epstein’s abuse of underage girls.

Pierson said Epstein had introduced her to Black, describing him as someone who could “help” her, implying financial help.

She said that after the alleged rape, Black began calling her, saying he “wanted to talk” and felt “bad.”

Pierson said they met at a bar in the St. Regis Hotel where Black gave her $5,000, ostensibly to reduce her credit card debt.

She said he called later and said “I want to see you,” and she refused. (Reporting by Jonathan Stempel, Editing by Rosalba O’Brien)

Cold snap: What to know as parts of Canada braces for extreme winter weather

Execution of man convicted in killing of 3 in Texas delayed

Curling Canada says pregnancy exemption to be expanded in 2024

Fees waived for all Special Olympics athletes in Kelowna

‘You’ve got go have fun and enjoy the moment’: Team Silvernagle ready for run at the Scotties

First Nation files lawsuit over alleged misappropriation of more than $500,000

Ukraine wartime summit to deliver on some issues, disappoint on others

After huge victory, No. 4 Alabama gets LSU next

These males use all their energy trying to mate, then promptly die of exhaustion

Athabasca University board of directors fires president, hires new one

In the cold: Toronto apartment residents boiling over boiler failure

No. 1 Purdue visits No. 21 Indiana for new chapter of rivalry

New Brunswick to increase admissions and fees for provincial parks

Man died after fall from cliff while posing for TikTok video

3 charged with clashing with cops in separate Jan. 6 cases

Q & A with a Russian warfare expert: 'This is not a proxy war'

Q & A with a Russian warfare expert: 'This is not a proxy war' with the U.S.

Don’t pack illicit substances on flights in and out of Kelowna: YLW