Prime Minister Justin Trudeau has announced the government is taking steps to make top members of Iranian Revolutionary Guard Corps (IRGC) inadmissible to Canada, after weeks of pressure from opposition and advocates to add the group to Canada's terrorist list. 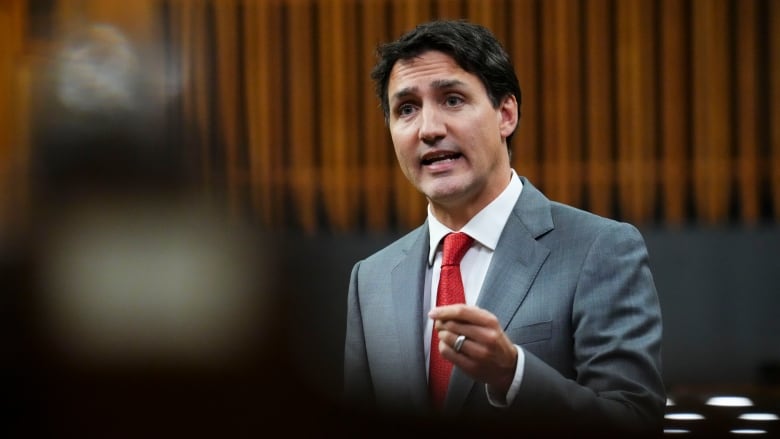 The move comes after weeks of pressure on the government from opposition MPs and advocates to add the group to Canada's terrorist list.

Trudeau said the move would affect the top 50 per cent of the IRGC — roughly 10,000 members — and will be permanent.

Earlier this week, the government slapped sanctions on 34 Iranians and Iranian entities, including members of the country's Islamic Revolutionary Guard Corps (IRGC) and morality police. Trudeau said Friday the government will be expanding sanctions.

Darren Major can be reached via email darren.major@cbc.ca or by tweeting him @DMajJourno.

Three-time champion Rachel Homan off to winning start at Masters

After hit-and-run, B.C. woman in wheelchair claims ICBC is granting her the ‘bare minimum’

Transplant recipients give back to Okanagan health-care staff

Trae Young leads Hawks back into MSG to face Knicks

Raptors believe they are trending in the right direction

Soccer-Shaqiri apologizes to Swiss fans after chastening defeat by Portugal

Should reconciliation turn Vancouver's Stanley Park into a 'person'?

Some LGBTQ believers stick with faiths that repudiate them

Save the date: Just For Laughs Vancouver festival announces lineup

Amid ongoing criticism, Alberta's premier rejects suggestion that new powers in Sovereignty Act were a mistake

Amid ongoing criticism, Alberta premier rejects suggestion that new powers in Sovereignty Act were a mistake

Canada’s gas prices have fallen — but it may not last long, analysts warn

Panthers coach Paul Maurice gets emotional in his return to Winnipeg

GUNTER: Carey Price on target with his views on Liberal gun controls

Boeing’s last 747 to roll out of Washington state factory

US approves $4B sale of Abrams tanks to NATO ally Poland