The lawyer representing Chantel Moore's estate says the disciplinary actions ordered by the Edmundston police chief against Insp. Steve Robinson are "a good start" but the lawyer will also ask to have the New Brunswick officer suspended for a period without pay.

T.J. Burke said Police Chief Alain Lang essentially validated the formal complaint that accused Robinson of "laughing and smirking" while speaking to a CTV reporter on June 4, hours after Moore was shot dead by an officer who went to her apartment for the purpose of conducting a wellness check.

Robinson has been ordered to take the 12-lesson Indigenous Canada course, offered online by the Faculty of Native Studies at the University of Alberta.

"That's something that every high-ranking officer in the country should have already," said Burke, who was informed of the sanctions against Robinson on Nov. 17.

According to Burke, upon completing the course, Robinson is also ordered to meet with a "Madawaska Maliseet elder" to discuss "what he discovered on his journey for knowledge and to discuss the impact of his comments in the media."

Furthermore, Robinson is required to take media relations training and must recommend cultural awareness training options for other employees of the Edmundston police force. 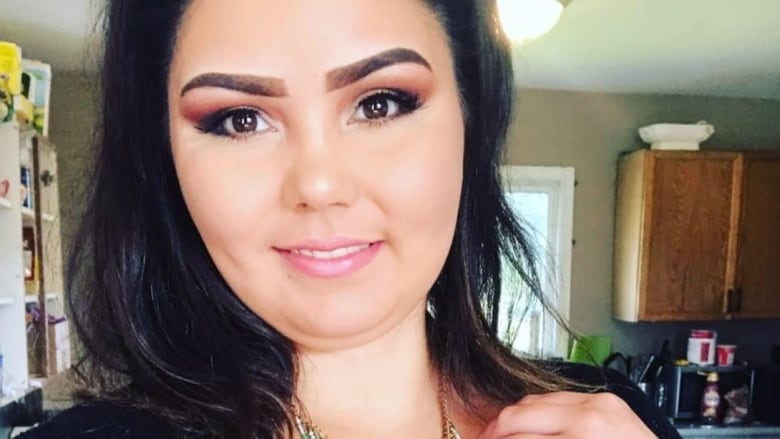 Moore, 26, was shot and killed by police during a wellness check in Edmundston in June. (Chantel Moore/Facebook)

In an email statement to CBC News, a spokesperson for Edmundston police said Chief Lang could not comment, as "per Section 22.1 of the New Brunswick Police Act (NBPA), repository of disciplinary and corrective measures are confidential."

'Policing is being scrutinized': lawyer

"Laughing and chuckling on TV after a young woman was shot by one of his constables?" Burke said.

"We're in an era where policing is being scrutinized as a result of many things. One is the disproportionate amount of Black, Indigenous and people of colour who are being arrested by officers, who are being incarcerated by the courts and measured in the context of systemic discrimination."

When asked how long a suspension without pay he would ask for from the New Brunswick Police Commission, Burke said he'd be looking at other cases. The average person might think a week would be appropriate, Burke said, but precedent might suggest two or three days is more realistic.

"That's going to hurt him financially a little bit." 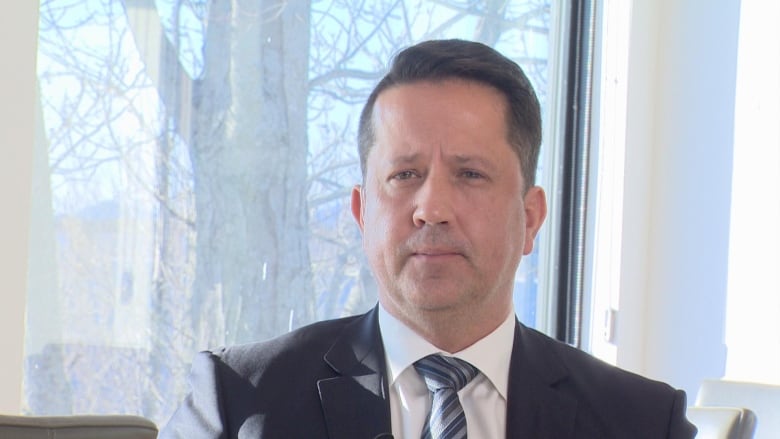 More importantly, Burke said, it would send a message of deterrence.

"Other police officers will understand that when you get in front of a television camera and you're going to be broadcast all throughout the province, the Atlantic region and the country after a serious police intervention situation … you shouldn't be smirking and laughing about your officer's conduct," Burke said. "It's offensive to the highest degree."

"I understand that my reaction on camera caused frustration and concern. I sincerely apologize if it was interpreted or perceived as recklessness or lack of compassion. This is absolutely not the case. I have deep sympathy and express my condolences to the victim's family, friends and to the Aboriginal community," Robinson said.

'I'm hoping they might call on me to guide this person'

Imelda Perley, an instructor at the Mi'kmaq-Wolastoqey Centre at the University of New Brunswick and organizer of a healing walk in Moore's memory, said she welcomes the suggestion that Robinson meet with a Wolastoqi elder.

She would even like to be chosen to help.

They need to be humble enough to admit they don't know anything about us.- Imelda Perley, speaking about police

"I wish [the police would] call on us, those who have been working in cultural awareness, to talk about how to heal systemic racism," said Perley.

"I'm hoping they might call on me to guide this person through … awareness, humility, sensitivity, competency and, ultimately, safety."

Perley said there are Indigenous courses available in New Brunswick and she would have liked to see Robinson take one in his own province. 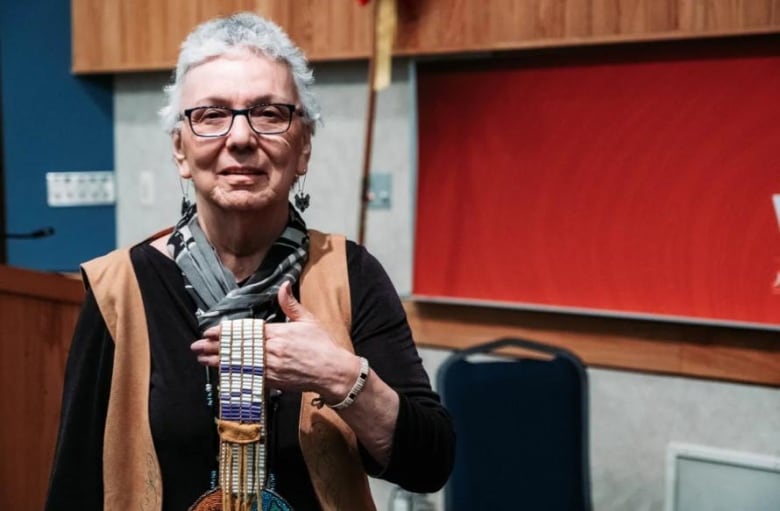 Imelda Perley, an instructor at the Mi'kmaq-Wolastoqey Centre at the University of New Brunswick, welcomes the suggestion that Robinson meet with a Wolastoqi elder. (Submitted by Logan Perley)

Perley said there's a lot more that police could do to promote a positive ongoing relationship with Indigenous communities.

"They need to be humble enough to admit they don't know anything about us," she said. "You can't just do this through an online course. You can't just download information and think it's going to change you."

Robinson "should come to our community and our council fire. Come for a drive in our communities. Come see our children, who play with limited playgrounds. Come see where there's no sidewalks. Then you'll see what health threats we face, and not assume you know what's best for our well-being."

Arteta on Ozil: It is always sad when such a figure leaves
Alabai will move to Real Madrid in the summer. The contract for 4 years is agreed, the salary is about 11 million euros (Marca)
Stefano Pioli: We will look at the table in April. For Milan, every match is the most important
Zlatan Ibrahimovic: Together with Mandzukic, we will scare the opponents of Milan. He signed a contract
Milan scored 43 points in 18 rounds - the best result since the 2003-04 season. Then the club became the champion
Aubameyang scored a double in a Premier League match for the first time in the season. Parti's first assist for Arsenal
Chelsea want to buy Holand in the summer and are ready to break their transfer record (The Athletic)
Source https://www.cbc.ca/news/canada/new-brunswick/edmundston-officer-chantel-moore-1.5816737?cmp=rss

Halifax woman not backing down from fight to resolve exorbitant water bill: ‘I was shocked’

Opinion: Keystone XL and the need for a U.S.-Canada Energy Partnership

Coronavirus: Fewer than than 5 patients transferred to Kingston ICUs from other hospitals

City of Calgary not consulted on change to provincial coal policy

Review: VSO's performance of Mozart's Gran Partita shines regardless of the setting

AGAR: What are lockdown protesters really trying to achieve?

How sea shanties can help you weather the pandemic

How singing sea shanties can help you weather the pandemic

Too much, too little or just enough? The city wants your opinion on winter maintenance

Five B.C. young people under 20 were in ICU for COVID-19 in the last month

GOLDSTEIN: Barring a miracle by Trudeau, Biden will kill Keystone

EDITORIAL: Outdoor recreation is a must right now

OPINION: I wanted the Liberals to succeed on vaccines — sadly they’re now failing us

Woman may have stolen Pelosi’s computer to sell to Russians, FBI says

Langley man in critical condition after being shot in parking garage

14-year-old arrested in another attack on Mission B.C. school grounds

London, Ont., NICU nurse who travelled to D.C. has been fired ‘with cause’

Coronavirus: Ontario patients to be ranked for life-saving care should ICUs become full