The pandemic has created a historic opportunity for Justin Trudeau. Will WE get in his way?

Throughout the spring, the Liberal government's attention seemed consumed by immediate concerns. But one morning in late June, during one of his appearances in front of Rideau Cottage, Justin Trudeau allowed himself to look ahead.

"If this pandemic has been an unprecedented challenge for our country, it has also been an important opportunity: to figure out what really matters in our communities, to have meaningful conversations about how we can take care of those around us and, perhaps above all, to think about what kind of future we want to build together," the prime minister told reporters on June 22.

A day later, the federal government finalized an agreement with WE Charity to deliver the Canada Student Service Grant.

The ensuing weeks of recrimination and controversy have complicated Trudeau's path to that better future. But there is still talk of a "generational opportunity" — to borrow the phrase of one senior Liberal — to make real change.

As Trudeau prepares to face what could be a pivotal year, the question is whether a wounded prime minister can summon again the spirit of June 22 and seize that opportunity.

The Liberals have viewed their response to the pandemic in three stages: the emergency, the restart and the recovery. Though the country is still in the midst of that second stage, the third is starting to come into view. An economic update in the fall and then a budget in the spring could act as tent poles for a recovery agenda. 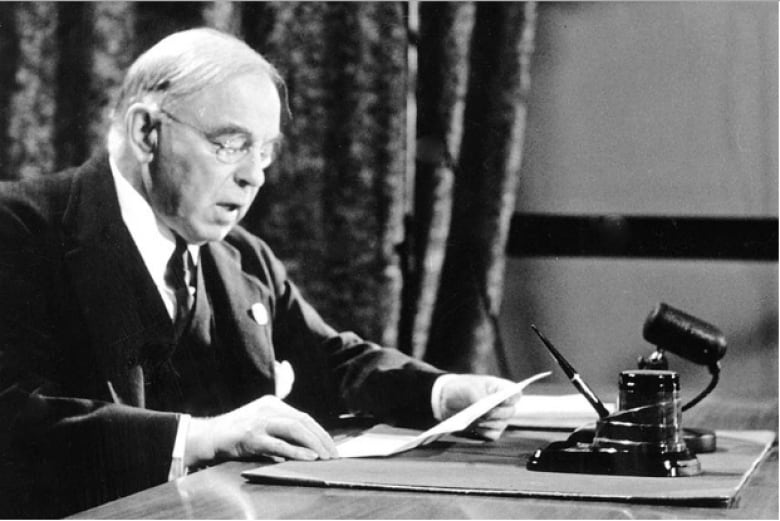 Perhaps not since the aftermath of World War II, when Prime Minister Mackenzie King's plans for an expanded welfare state has there been such an opportunity for significant policy action. (CBC Still Photo Collection)

Framed by messages of solidarity and interconnectedness, the last six months have raised profound questions about inequality, wellbeing and the future of the global economy. Perhaps not since the Second World War has there been a moment such as the one that now could be at hand: where expert and public opinion, political circumstance and current events line up to create the impetus for historically significant policy action.

Seventy five years ago, Mackenzie King came out of the war with plans for family allowances and an expanded welfare state (though much of the work would be completed by subsequent prime ministers). In Britain, the post-war moment was even more dramatic — with the creation of the National Health Service and a new system of social security supports under the government of Clement Attlee, whose Labour party defeated Winston Churchill's Conservatives just two months after the defeat of Nazi Germany in 1945.

Though some loose talk of big things has started to leak, just how much the Liberals might try to do with this new moment has yet to be decided. A senior Liberal, speaking on condition of anonymity this week, was at least willing to lay out an argument for action.

The pandemic has exposed weaknesses in Canadian society and will leave behind economic scars and damage. But, according to the senior Liberal's argument, monetary policy and the Bank of Canada will not be able to play as large a role in this economic recovery because interest rates and inflation are already low. Government policy will have to play a bigger role in addressing those problems and spurring economic growth.

When those ideas are woven together, the argument goes that government action is not just desirable, but necessary — and in line with what other countries are doing.

"That's the headspace that the prime minister's in right now, in terms of his ambition of what is to come and the vision of the country he wants to talk about," the senior Liberal said.

In the face of all plans: reality

Trudeau's advisers are looking to the plans already unveiled in New Zealand (some $43 billion Cdn in new spending) and South Korea ($85 billion), as well as the commitments made by U.S. Democratic presidential candidate Joe Biden.

The senior Liberal spoke of "doubling down on things that build resilience" like innovation and building a clean economy. Significant reforms to employment insurance are going to be necessary and the government is also interested in increasing the availability of child care.

The prime minister has already signalled an interest in addressing long-term care for seniors and, in response to Black Lives Matter protests this spring, Trudeau has asked several ministers to report back with new measures to deal with systemic racism. All of that could be in addition to some of the major promises the Liberals made during last year's election campaign — including the implementation of the United Nations Declaration on the Rights of Indigenous Peoples and advancing pharmacare. There are a number of other commitments, particularly on climate policy, that also remain outstanding. 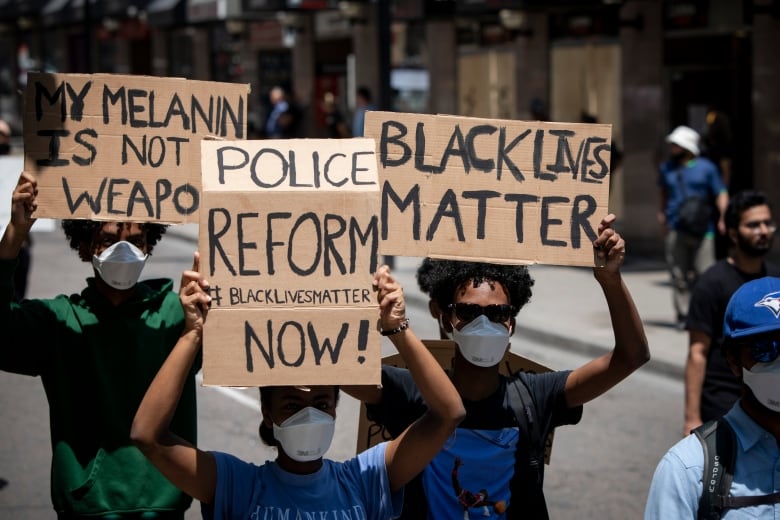 Trudeau has already signalled an interest in addressing long-term care for seniors and, spurred by the Black Lives Matter protests, the government is also committed to taking action to combat systemic racism. (Evan Mitsui/CBC)

Actually carrying out such an agenda would not be easy. Changes to EI are notoriously fraught with political peril. Both long-term care and child care would be best addressed in co-operation with the provinces. A second wave of the pandemic could hit this winter and subsequent waves could continue through 2021. And all plans will have to contend with the realities of a minority government — to actually implement anything Trudeau will need the co-operation of at least one other party.

Whoever the finance minister is, he or she will have to set and defend a new fiscal track. The Prime Minister's Office and cabinet will have to manage simultaneous priorities.

Plotting the future and promising a bold agenda might seem like a nice way to turn the page on a difficult summer. But it could also be a chance for Trudeau to frame the political debate for the next year — setting the terms that a new Conservative leader, as well as the NDP and Bloc Quebecois, must respond to.

The real pain of the WE affair for Trudeau is how much better off he might have been, as he prepares to set a recovery agenda, with all of the goodwill and public support that he built up over the first few months of the crisis. Instead, Liberal polling numbers are back to pre-pandemic levels and Conservatives have an example of the government bungling the use of public funds to cite whenever the Liberals start laying out new commitments.

It stands to reason that some number of errors and oversights will be found as this spring's rush of emergency measures are subject to more analysis and scrutiny — spending $200 billion in a matter of weeks is bound to result in a mistake or two. That would embolden Conservatives who are no doubt already planning to argue that Trudeau can't be trusted to responsibly manage the recovery.

Trudeau has often made a virtue of daring greatly — though not always to his ultimate benefit — and the moment seems ripe for ambition. Not for the first time he has made it harder for himself than it needs to be. Once again he will have to pick himself up and try to convince Canadians of his vision of the country and his ability to make meaningful progress toward it. As always, there will be competing offers.

Hanging in the balance is the question of what kind of country will emerge from this pandemic and whether it will be markedly better from the country that existed before everything changed.

Mauricio Pochettino: To lead Real Madrid is my dream. I was contacted by Benfica and Monaco
Steaua and Serbia's Backa Topola played 6:6 in the Europa League. For the first time in the history of European competitions, both teams scored 5+
B-36, Senderyuske and Kolos from the village of Kovalevka. These teams, unlike Dynamo, reached the next round of the Europa League
💥 A Europa League match in which everything seems crazy: the score is 6:6, a comeback with five, a winning penalty shootout from the debutant goalkeeper
Depay may move to Milan from Lyon as part of a Package deal
Rafael Benitez: The rivalry with Jose was good for the game. Liverpool were able to compete with Chelsea
Liverpool can play Arsenal, Tottenham can play Chelsea in the 4th round of the League Cup
Source https://www.cbc.ca/news/politics/trudeau-pandemic-we-1.5681364?cmp=rss

Premiers’ throne speech wish list and a drop in vaping: In The News for Sept. 18

What happens next with UK plan to breach Brexit divorce treaty?

Travelling abroad? You can now get COVID-19 medical coverage, sometimes for free

Federal COVID-19 supports for Canadians with disabilities are too little, too late, advocates say

White House pressure for more Iran sanctions is mainly serving to isolate U.S. from its allies

Jays look for improved pitching in DH vs. Phils

Orban has ruled Hungary for a decade. Could the pandemic bring him down?

Motorcyclist dead after crash with car in Toronto’s east end