What exactly does a U.S. vice-president do? It would have shocked the country's founders

They'd have been bewildered, back in Daniel Webster's day, by this week's blanket news coverage and tea-leaf-reading dedicated to the choice of a U.S. vice-presidential candidate.

The vice-presidency was maligned and ridiculed in that bygone era when statesmen sported mutton-chop sideburns and sat stone-faced in black-and-white photo portraits.

Webster was offered the position and turned it down.

"I do not propose to be buried until I am dead," he replied, said Joel Goldstein, a scholar on the vice-presidency based in St. Louis, Mo.

Like many of his generation, the 19th-century statesman viewed the vice-presidency as so pointless, so soul-crushingly devoid of purpose, that he said thanks, but no thanks.

That was a common view throughout U.S. history.

Holders of the post mocked it with self-deprecating one-liners long before the TV show Veep practically turned disparagement of the office into its own comedic genre.

But the position has changed and grown over time, illustrating a broader evolution in U.S. politics in which the presidency has gained, and Congress has lost, political power.

Joe Biden told a story this week that underscored that change. 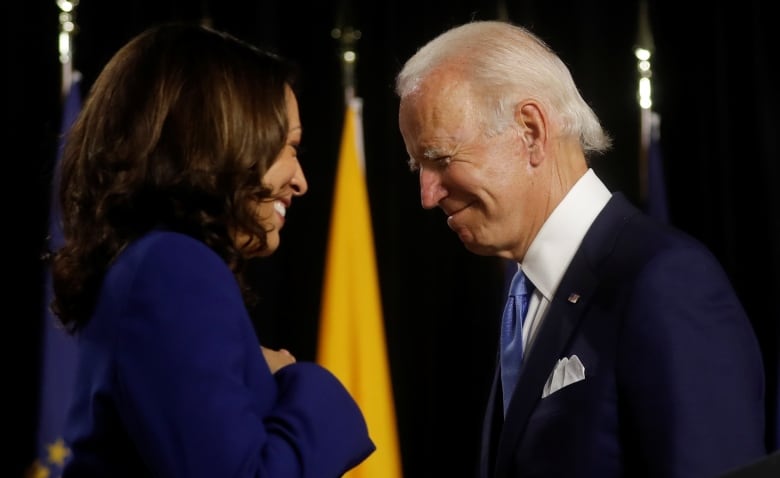 Biden, the presumptive Democratic nominee for president, and Sen. Kamala Harris, whom he picked as his vice-presidential candidate, appear at their first campaign event together, in Delaware on Wednesday. (Carlos Barria/Reuters)

As he introduced his running mate, Kamala Harris, the presumptive Democratic nominee described what happened when Barack Obama offered him the same job in 2008.

"[Obama] asked me what I wanted most importantly. I told him I wanted to be the last person in the room before he made important decisions," Biden said.

In other words, the VP is now a top adviser to the president. And a troubleshooter — the lead on a few serious files, like a pandemic; a trusted envoy who flies on Air Force Two to carry the president's message to foreign capitals or rides a limousine motorcade up to Capitol Hill to represent the boss in a legislative negotiation.

Nearly one-third of the office's holders have gone on to become president through election or succession.

That's especially relevant this year given how historically old the election contenders are.

The chance of an average American male of Biden's age who might need to be, erm, replaced over the next four years stands at nearly one-in-five, according to actuarial science.

That's what happened in Webster's day. 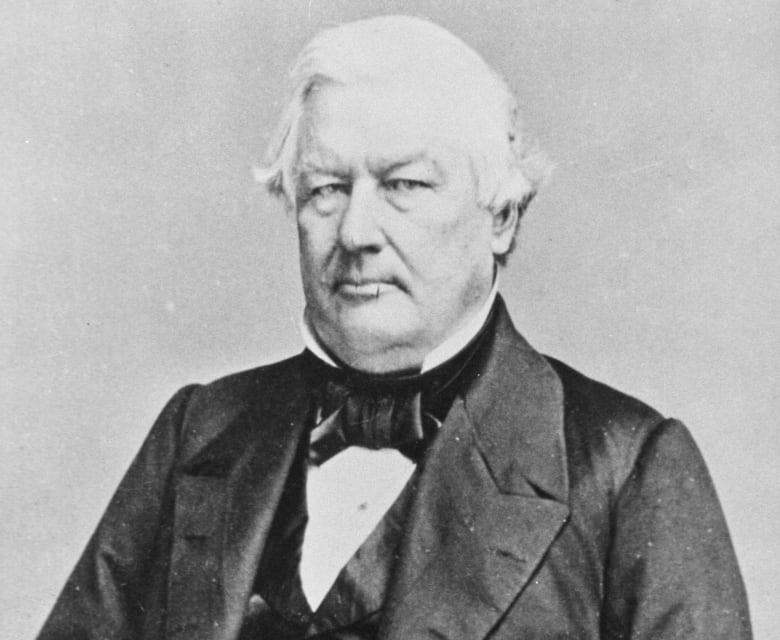 The next president died a couple of years later, and the man who accepted the running-mate role in his stead, Millard Fillmore, wound up in the White House in 1850.

But the VP job occasionally went unfilled for years, until the 25th Amendment was ratified and became part of the U.S. Constitution in 1967, allowing a president to fill a vacancy.

From the founding to today

The country's founders had spent little time thinking about the office and originally gave the position to whomever finished second in the Electoral College vote.

"It was really an afterthought," Goldstein said in an interview.

"We don't know exactly why [the founders] created it."

The original system devolved into an awkward deadlock between political rivals and was changed a few years later. 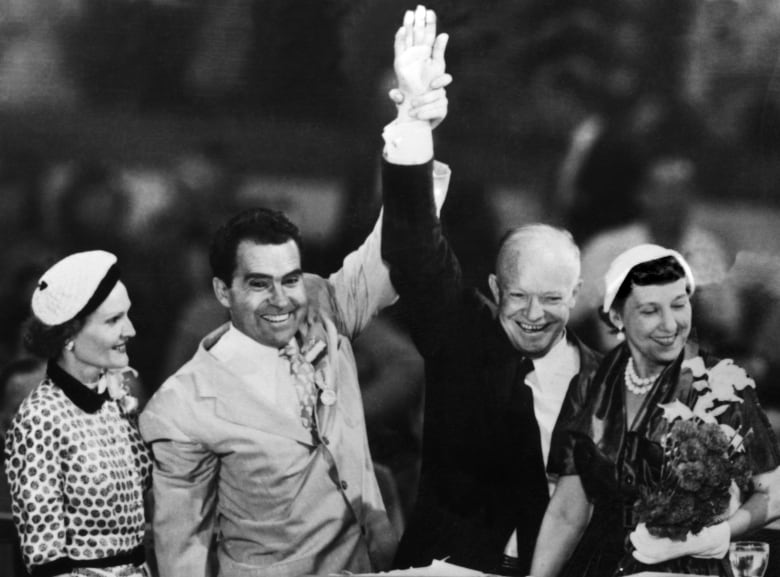 In its next incarnation, the job was viewed as a patronage post and often went to people with no federal experience — like a customs official, businessmen and state lawmakers.

It took numerous decades for presidents to start picking their own running mates, with party bosses controlling the process until then.

Dwight Eisenhower was caught off-guard when asked whom he wanted named as his running mate at the 1952 Republican convention.

"'I thought the convention had to do that,' [Eisenhower] replied, apparently unaware he had any say in the matter," veteran political writer Jules Witcover recounts in his book, The American Vice Presidency.

"After briefly mentioning some other names, they agreed on [Richard] Nixon."

The role grew under Nixon. He began attending cabinet meetings and visited dozens of countries on Eisenhower's behalf. He was himself elected president after two tries. 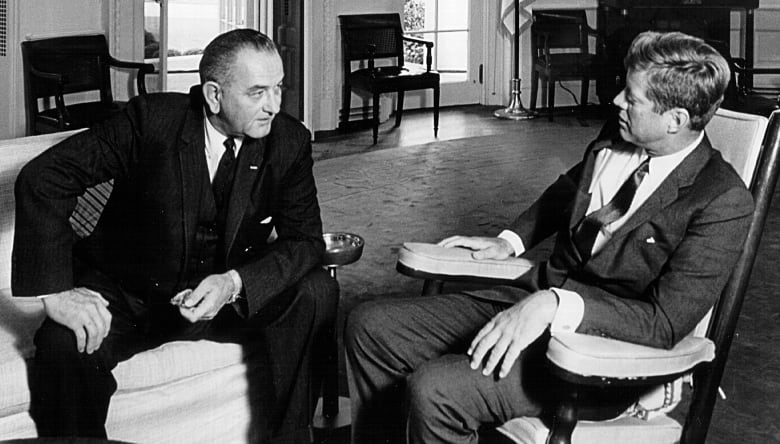 The man who beat Nixon in his initial presidential run — John F. Kennedy — was among the first to pick his own vice-president.

But he was shocked when Lyndon B. Johnson accepted.

Kennedy was desperate to win Texas and, at the 1960 convention, made a conciliatory offer to its native son. Kennedy friend and biographer Arthur Schlesinger Jr. said the president came back from LBJ's hotel room with startling news.

"You just won't believe it.... He wants it.... Now what do we do?" JFK told his brother, in an account originally included in Schlesinger's Robert Kennedy biography and repeated in Witcover's book.

The role grew over the 20th century as presidents themselves took on more power — for instance, signing far more executive orders.

At a sad and awkward news conference, Democratic nominee George McGovern announced that he was withdrawing his VP pick, who was standing right next to him.

This was after days of controversy following news that Sen. Thomas Eagleton had received electroshock therapy as treatment for depression. 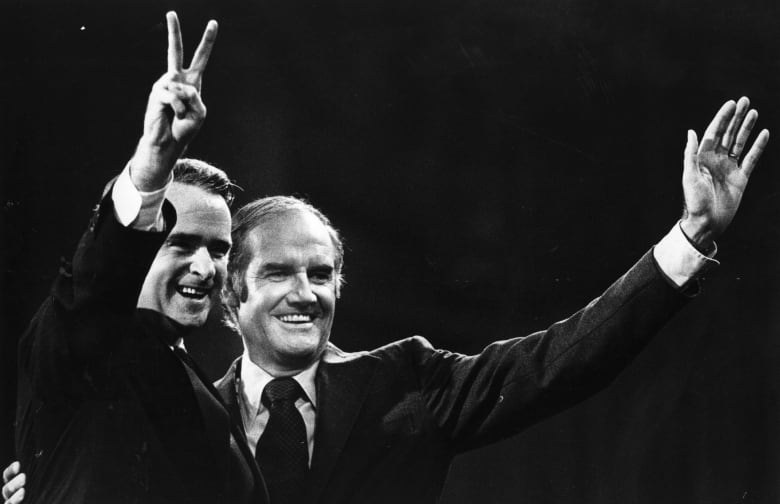 Democratic nominee George McGovern, right, with running mate Thomas Eagleton in 1972. McGovern withdrew the offer after it was revealed that Eagleton had received electroshock therapy as treatment for depression. (Anthony Korody/Getty Images)

Pressed by reporters, McGovern, who had originally hoped to recruit Edward Kennedy, said it had been a chaotic party convention and he hadn't properly vetted his choice.

"We didn't have the time and the deliberation that were needed. I was still writing my acceptance speech within two or three hours of the time I had to deliver it," McGovern replied.

The next Democratic nominee vowed not to repeat the mistake.

Scholars of the vice-presidency credit Jimmy Carter and his running mate, more than anyone, with modernizing the role.

Carter took the selection process seriously, choosing Walter Mondale from an original list of hundreds of names after interviewing the candidates. 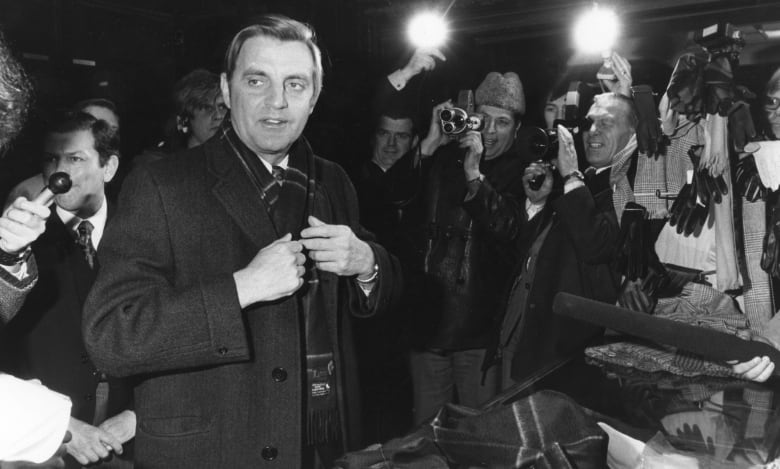 Walter Mondale was the last Democrat to name a woman as his running mate. He lost the 1984 election, but by then he'd already reinvented the vice-presidency when he served under Jimmy Carter. (Evening Standard/Getty Images)

The Georgia governor wanted a VP with Washington experience to compensate for his own lack of it, and he landed on the senior senator.

Goldstein said Carter also viewed reform as a moral issue. He considered it was wrong to leave a potential presidential replacement out of the loop and unprepared for the big job.

The development of the nuclear bomb offers a classic, if chilling, example.

Harry Truman was kept in the dark about the Manhattan Project to build the bomb — he only found out about it after Franklin Roosevelt died. 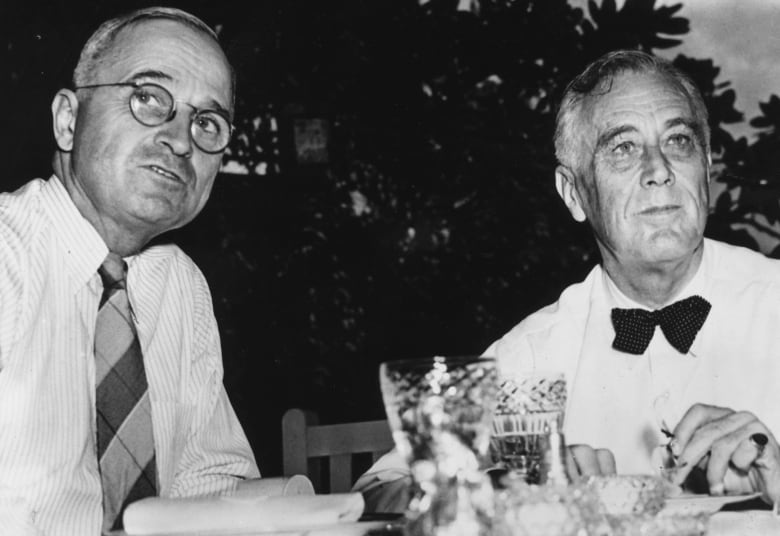 Harry Truman, left, wasn't even told about the project to build a nuclear bomb when he was VP. He only found out about it after he became president upon the 1945 death of Franklin Roosevelt, right. (Getty Images)

And that job description resembles the role we know today: VP as top adviser, present in key meetings, with access to intelligence briefings, playing a lead role on specific files and guaranteed regular lunches with the president.

Carter not only agreed to those conditions; he even offered his running mate an office in the White House.

The 1976 election was also the first featuring a televised vice-presidential debate.

Early in the Carter presidency, Mondale was sent on a world tour to meet with NATO and other allies, and a New York Times piece called the reinvention of the role a legacy of Carter's first 100 days in office.

"Because the perception was that [because] the vice-president mattered to the president, he mattered to other people," Goldstein said.

"The vice-president became part of the president's inner circle."

Dick Cheney had tremendous power from the start, leading the presidential transition and selecting key cabinet members for George W. Bush. He oversaw numerous policy areas. Most notoriously, he advocated for the Iraq War.

Biden was involved in the 2009 recovery bill, pandemic preparation and budget negotiations with congressional Republicans.

In an interview for Witcover's book, Biden said the president alone can't handle the increasing scope of issues that now cross the Oval Office desk.

"The president's plate is so very full," he said.

As Biden conducted his search for a running mate, there were days, weeks and months of frenzied media speculation.

Reporters produced countless profiles of the potential running mates, unearthing unflattering material about the candidates, publishing gripes from rivals, even tracking flights to Biden's state of Delaware for clues. This week he offered the job to Harris, a California senator and ex-prosecutor.

And unlike Daniel Webster, she said yes.

Chris Waddle: I Don't see Manchester City Winning the Premier League this season
Lewandowski and Kuizans laughed at rumors of a conflict in training
Kevin-Prince Boateng signed a contract with Monza Berlusconi until the end of the season
Ex-Manchester United player Raphael: van Gaal is one of the worst people I've worked with. I was told that he doesn't like Brazilians
Rebic dislocated his elbow and may miss several Milan matches
Manchester United will work on Sancho's transfer until the transfer window closes
Frank Lampard: Must stand up for the Cap. I'm not going to say that he spent his last game for Chelsea
Source https://www.cbc.ca/news/world/u-s-vice-president-history-1.5685187?cmp=rss

Coronavirus question: How do masks compare to face shields?

980 CKNW: Listeners and analysts weigh in on first week of B.C. election

‘This is money that could be better spent’: $450,000 to restore Vancouver’s Oppenheimer Park

Cake Boss star recounts horrific hand injury: ‘It blew out half my hand’

No new cases of COVID-19 reported in Nova Scotia Monday

New Normal: 15 ways cities can emerge better than ever after COVID-19

7 active coronavirus cases remain in New Brunswick as of Monday

‘Ontario is now in the 2nd wave of COVID-19’: Premier Doug Ford says

Waterloo Region back up to 161 active COVID-19 cases

Coronavirus: Ontario hospitals call on government to move certain regions back to Stage 2

Rex Murphy: As Biden and Trump prepare for the first debate, the stakes couldn’t be higher

Poorer countries to get 120 million $5 coronavirus tests, WHO says

The five most memorable Canadiens games ever played

B.C. election: BC Liberals promise to eliminate provincial sales tax for a year

Wilkinson promises to eliminate the PST for one year

What you need to know about the 2020 U.S. election

Residents urging municipality to save Williams Lake before it disappears