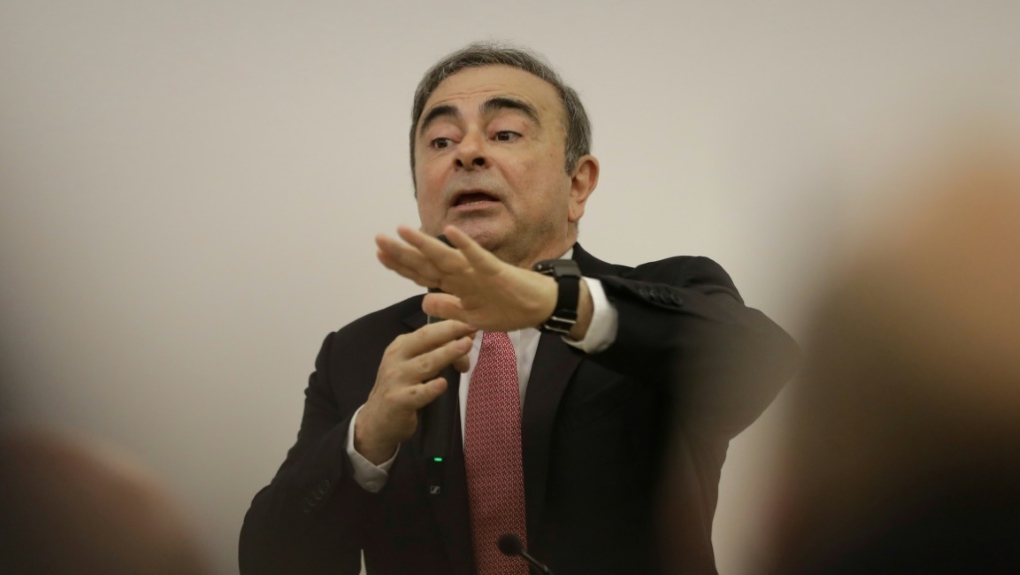 People have been photographing themselves squeezing into instrument cases, the escape technique allegedly used by Carlos Ghosn to flee Japan. (AFP)

TOKYO, JAPAN -- Yamaha has warned musicians in Japan against stuffing themselves into their instrument cases to mimic the escape technique allegedly used by fugitive ex-tycoon Carlos Ghosn.

Ghosn, who faces financial misconduct charges in Japan, managed to slip past authorities at the end of December reportedly by smuggling himself on board a plane inside an audio equipment box.

The 65-year-old has refused to shed light on how he ghosted out of Japan to Lebanon, but that has not stopped a string of internet users "playing Ghosn" by posing in cases usually meant to protect big instruments.

In one picture posted to Twitter, a young woman curled up inside a padded green harp case, while another post appeared to show somebody standing in a double bass gig bag.

The stunts have not chimed with Japanese instrument manufacturer Yamaha, however, who sounded a note of caution warning people against the trend.

"There have been a large number of tweets showing people climbing into large instrument cases," tweeted Yamaha Wind Stream, the company's account for information on wind instruments.

Ghosn, arrested on financial misconduct charges in 2018, jumped bail and fled in mysterious circumstances to Lebanon, where he gave a rambling press conference last week.

The Wall Street Journal reported that he was snuck on to a private jet in Osaka in a large case for audio equipment, which was later found at the back of the cabin.

The newspaper cited unnamed sources close to the investigation in Turkey as saying that holes had been drilled into the container to ensure the businessman could breathe.

The report was accompanied by a picture of a large black case which The Wall Street Journal claimed was the one used by Ghosn.

Ashes to bricks: Philippine city helps others rebuild after volcano

Your commute: Bitterly cold, messy road conditions on the way

Fleury: In Ottawa, the key to a decent life is housing for all

David Attenborough: ‘Seven Worlds, One Planet’ will take your breath away

Tennis-Rybakina overcomes Watson to set up Zhang final in Hobart

Weather: Frostbite alert in capital, waiting on next snow storm

Book these reads for an Oscar-worthy adventure

Woman killed after being struck by tractor in Barrie, police say

Foreign powers to push Libyan rivals for truce in Berlin

Iran can take fight beyond its borders, Khamenei says after US strike, unrest

ASK AMY: In-laws seek a favour and are shown the door

Can ‘Made in Africa’ cigars compete with Cuba?

Top Iran leader: Trump is a 'clown' who will betray Iranians