Ambulance worker assaulted while on duty, says attacks are 'not acceptable' 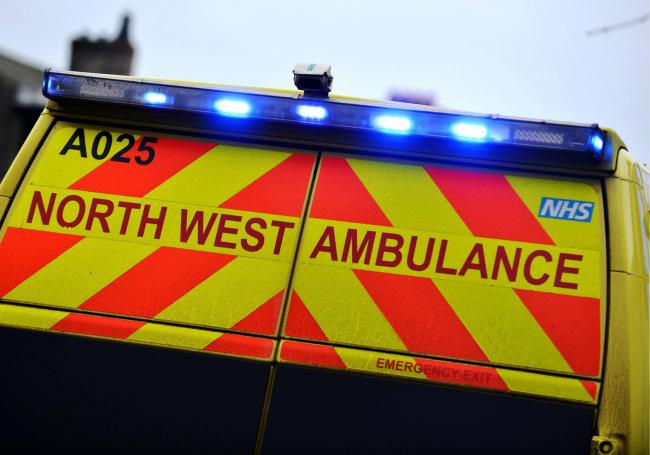 A WOMAN who had suffered a seizure assaulted an ambulance worker who was trying to help her.

Blackburn magistrates heard Leona Haworth pushed the female paramedic out of the ambulance and the victim suffered broken ribs in the fall.

She also had a stone lodged in her knee, which required surgery to remove it, and was off work for seven weeks.

Haworth, 39, of Gladstone Road, Farnworth, was convicted in her absence of assaulting an emergency worker.

She was sentenced to 12 weeks in prison suspended for 18 months and made subject to a community order for 12 months with 15 days' rehabilitation activity requirement.

She was ordered to pay £700 compensation and £122 victim surcharge.

Speaking after the sentencing, the paramedic, who did not wish to be named, said the assault had had a huge impact on her work and home life, and that 'unacceptable' attacks on emergency workers are happening all too often.

She said: “This was a devastating assault causing injuries to my shoulder, ribs and knee which meant that I had to be treated at hospital and take seven weeks off work.

“I also had to cancel a half-marathon that I’d planned to take part in.

“I welcome the sentence, however I think it’s extremely sad that emergency service workers who are there to help are all too often subject to these violent attacks.

Catherine Allan, prosecuting, said police and ambulance services were called to Skipton Road, Colne, at 9.05am to a report of a female having had a seizure.

She was found lying on the floor outside a shop, conscious and breathing, and was helped into a ambulance.

“She was unsteady on her feet but kept standing up and then sitting down,” said Miss Allan. “She was clearly under the influence of drink or drugs and the paramedics did not want her to leave.

“She kept saying she wanted to go home and without warning she raised both her arms and pushed the aggrieved on the chest,” said Miss Allan, “She fell onto the step and then onto the floor.”

Haworth then became abusive and told the paramedic: “I’ll remember your face, I’ll come back and kill you.”

Haworth told a probation officer who prepared a pre-sentence report that she had drunk six cans of lager and couldn’t remember much after that.

Daniel Frazer, defending, said at the time of the offence in May Haworth had been drinking heavily.

He said she was now living in a refuge in Bolton and had not had a drink for two weeks.

“It doesn’t seem like a long time but it is significant for her,” said Mr Frazer. “It is accepted the emergency worker should not be subjected to this kind of violence and she wants the victim to know how sorry she is for what she did.”

Football club fears it could fold thanks to 'mindless, disgusting' vandals who keep on destroying pitches

How much will Conor McGregor get paid for UFC 246 comeback win over Cowboy Cerrone?

Woman, 24, with cerebral palsy left sobbing after being refused entry by Camp and Furnace doormen

Kempton tips: Racecard, analysis and preview for the feature contest on Monday

How to maintain healthy cholesterol levels

A look inside 10 of Newcastle's most historic pubs

Police warn drivers as fog rolls in across North West

Britain will ditch EU rules after Brexit and businesses must get ready, Sajid Javid vows

Toddler brothers try to wake up mum, 30, after she collapses and dies at home

Mum reveals son, 10, screamed ‘help me’ after ‘laughing psycho’ stabbed him in the neck in random attack outside home

Dear Coleen: Should I go back to the man who broke my heart 10 years ago

Grim episode from Falkirk’s past is remembered

Father of murdered schoolgirl Vicky Hamilton: I am counting the days until Peter Tobin dies