A FATHER forced his children to stand outside in the cold and watch as he doused their mother in gasoline and set her on fire.

Wisconsin mom Savanna Bailey, 23, was burned from the waist up by the father of her two young daughters, according to family members.

The horrific attack took place early on Valentine’s Day inside Savanna's home near 8th and Cherry streets in Milwaukee.

The young girl answered: "My daddy did.”

According to Wanda Bailey, the man put the two girls outside in the -19 degree wind chill, then went back inside to attack their mother.

Ms Bailey added: "The baby didn't have no clothes on, no shoes. Cerenity just had (a t-shirt and underwear) on and no shoes.”

Cerenity, 4, and Cemaya, 1, were not physically harmed.

Police later found and arrested a 26-year-old man in relation to the crime.

They are not releasing his name.

A friend of the young mother wrote of the horrific incident on social media, describing the attacker as “a sorry son of a b***.”

She added: Prayers to [Savanna] beautiful… you didn’t deserve anything that every happened no matter how you feel… you didn’t do s*** to deserve this."

Savanna Bailey, who has burns on 60% of her body, is sedated at a local hospital.

Her family said she will likely need multiple operations and will be in the hospital for the next two to three months.

Savanna Bailey's sister and mother told WISN that the man who did this has always been abusive and controlling.

Sharissa Johnson, Savanna’s younger sister said: “I’m at a loss for words. She doesn’t look like herself, but I know that’s my sister.” 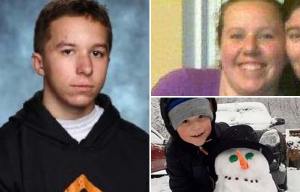 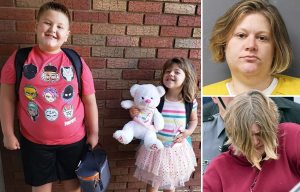 Ms Johnson suggested the attack occurred when man discovered the young mother had been on a date.

She said: “[Savanna got] her hair done and I feel like this is why he did that, because she moved on and she found somebody new.”

Ms Bailey added: “How my daughter is suffering, I want him to suffer. He was out of order. He should have been out they life a long time ago.”

Kris Jenner, 64, kicks out KUWTK camera crew to have sex with boyfriend Corey, 39, in Kylie’s office

How different are the coronavirus lockdown rules across the UK?

Liverpool's teenage sensation can become 'whatever he wants to be'

Luddites of Britain unite! You have nothing to lose but your broadband, Coronavirus - TelecomTV

Coronavirus predicted to infect '80% of UK population' by government advisor

Indie duo Aquilo on life under lockdown, plans for touring and their new EP Sober

Star-packed Trolls: World Tour is pricey to rent but full of LOLs for kids and adults

Remembering one of America’s most influential songwriters John Prine, who died this week after contracting coronavirus

School of seven-year-old girl knifed to death in front of parents raise £12,000 in five days for memorial garden

Coronavirus warning: 80% of UK could get COVID-19 even by working from home- ‘cannot hide'

Government receives MAJOR boost to its plans to test 100,000 people per day for COVID-19

Stuck for things to do during coronavirus lockdown? Why not upcycle your old clobber like Victoria Beckham

Lifeguard, 17, wins £10k a month Lotto Set For Life prize – but her dad had to remind her it wasn’t just a dream

Ancient piece of string reveals Neanderthals from 40,000 years ago were as ‘smart’ as modern humans

Joe Exotic 'does not have coronavirus' despite moving prison for isolation

Proms on the Farm 2020 is cancelled

Last on Hull FC player contracts and the anti-tampering deadline

Philippe Coutinho transfer makes sense but it could cause problems

Real coronavirus death toll could be far higher as 1,000 victims in care homes not included in official figures

Coronavirus forecast to infect '80% of UK population' by government advisor

Coronavirus: Doctor who warned Boris Johnson about lack of PPE dies from Covid-19

Drivers risking lives to deliver £5.99 bikinis are told ‘your jobs are going’

Which England and Wales players could benefit from Euro 2020 postponement? Mole

Coronavirus cover-up: Government experts may have know extent of outbreak in JANUARY

Coronavirus cover-up: Government experts may have known extent of outbreak in JANUARY

'Delivers the stats like no other': New Zealand's Covid-19 crush on health chief

Housing development in Idle is approved