ELLE Fanning has opened up on The Great's outrageous sex scenes and graphic beheadings.

In a lengthy interview with Entertainment Weekly, the 22-year-old gave an insight into filming the intimate and gory scenes for the Hulu drama.

Elle, who grew up as a childhood actor and starred in The Curious Case of Benjamin Button in 2008, mentioned how important it was to showcase how much she enjoys sex and how significant her sexual relationships with characters Peter III of Russia and Leo Voronsky are.

She explained: "This is something that Tony and I talked about a lot, obviously. You know, sex is a big part of our show. And we wanted to make sure everyone's comfortable.

"We had an intimacy coordinator that was on set whenever we had those scenes, to make everyone feel good and make everything look real.

"And I had never worked with anyone like that before, but that was nice to have. And of course, I think sex is also a real big part of the real Catherine the Great's life. She was notoriously kind of beyond her time in that way. She was very open and free and loved sex, so that's obviously something that I wanted to touch upon."

She added: "You see the young Catherine on her first wedding night, and it's not exactly how she was expecting it to go. And she ultimately gets a lover in Leo, they have the sex that they have, which is more loving and passionate. The sex with Nick [Hoult] and the sex with Sebastian [de Souza] in the show is very different."

It's probably no surprise that the young Hollywood award-winning actress' most memorable scenes involved the grisly beheadings, which were captured in episode 2 as Catherine continued her quest to take over the kingdom.

She explained: "I think one of the things that really sticks out to me is in episode 2, with the severed head desserts. I feel like that sums up our show very well.

"It's everything that our show is: a little tart and sweet, and then also the gruesome and kind of grotesque stuff that we put into it."

Elle then joked: "Just that day was hilarious. You had severed heads everywhere. The makeup department was covered in them, they were trying to make them look as best as possible with all the blood, and there's a lot of photos of Nick and I with those heads, doing funny things on our camera rolls." 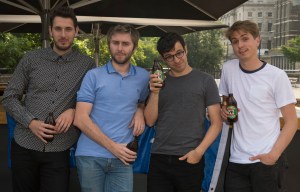 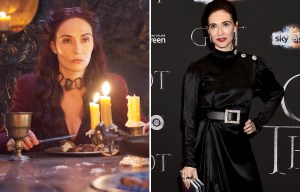 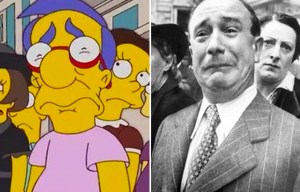 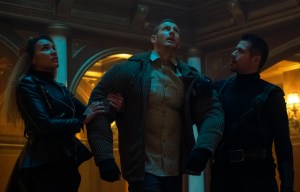 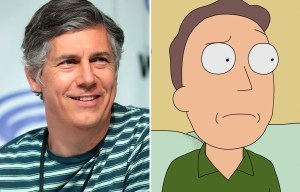 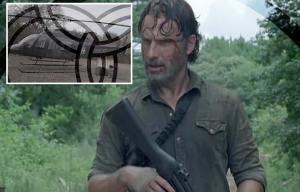 Elle plays the young Catherine the Great, the longest-ruling female leader of Russia, as she plots to overthrow her husband with who she had an arranged marriage, the mercurial Emperor Peter (Nicholas Hoult).

Hoping for love and sunshine along the way, she finds instead a dangerous, depraved, backward world that she resolves to change.

But in order to do that, she has an tall task of  killing her own husband, beat the church, baffle the military and get the court onside.

It is a very modern story about the past which focuses the many different roles she has played over her lifetime as lover, teacher, ruler, friend, and fighter.

For the first time in her young career, the American is an producer for the show and touched on her experiences of being behind the camera as well as in front of it.

She commented: "This wasn't necessarily something that I went after to produce, the script kind of came to me.

"So of course the script shocked me in a new and amazing way. And he asked me if I wanted to produce it and come on and go and pitch with him. And so it really was all amazing luck."

Sterling on the record for goals in a season: we Want to win the Champions League and the FA Cup, otherwise they won't mean anything
Sheffield will finish the Premier League season without defeats from clubs from London. 22 points in 10 games and 5 home wins
Bonucci on Juve's draw with Atalanta: We must look at the result. This is how Championships are won
Sterling surpassed Yaya Toure to become Manchester City's 2nd goalscorer in the history of the Premier League
Gasperini on two penalties for Juve: They are above any rules in Italy. Did we have to cut off our hands?
Sarri Pro 2:2 with Atalanta: We played with one of the best teams in Europe right now
Pep Guardiola: Manchester City have won a place in the Champions League on the pitch. I hope that UEFA will allow us to play
Source https://www.thesun.co.uk/tvandshowbiz/11656426/elle-fanning-the-great/

The heartwarming gesture girl, 5, made to care home residents during lockdown

Raging axeman tried to force his way into house

Scientists from Wuhan coronavirus laboratory have 'defected to the West'

A590 driver given suspended jail sentence and banned for two years

Cumbria Wildlife Trust's opportunity to get creative in photo competition

WEIRD UK NEWS: Goats are pictured waiting for the barbers to open

Andrew Thomas: Getting out and about is slowly getting us back to normal

Catch up vaccinations for children planned

Shop and flats planned for site of demolished eyesore building

Could you be the heir to an unclaimed estate linked to Bradford?

Narwhal skeleton - a ‘one toothed unicorn’ - hangs in Whitby Museum

Are these some of the worst road junctions in the North-East?

Banned driver in police pursuit the day after committing burglary