Reclusive Benjamin died from a self-inflicted gunshot wound at his mum Lisa Marie’s home in the city of Calabasas, California, cops in Los Angeles said.

It emerged last night that a distressed woman — thought to be Benjamin’s girlfriend — was heard screaming “don’t do it” before he shot himself after a night of partying.

A neighbour then overheard police interviewing the woman in the back yard of the house.

The neighbour, who asked not to be named, said: “I saw what appeared to be his girlfriend outside talking to police and she was pretty hysterical, saying: ‘I can’t believe it’.

“She was saying: ‘I can’t believe he would do that to himself. The family is going to hate me and they’re going to blame me’.”

The neighbour had seen the woman — whose identity is not known — coming and going from the home with Benjamin regularly. She is believed to have been dating him for two years.

Friends claimed the once promising musician, who was reportedly offered a $5million record deal with Universal in 2009, had been “struggling” rec­ently and had battled depression.

He largely avoided the spotlight, but did appear with other family members for events to commemorate Elvis at Graceland.

One source said: “It is shocking news but it also isn’t a huge surprise as he had been struggling. Everyone is devastated.”

Another neighbour said yesterday that Benjamin did not live at the mansion but “would visit maybe a few times a month”.

The local, who asked not to be named, said: “I didn’t hear anything or see anything. It was a shock when we saw the police outside.”

Benjamin’s 52-year-old mum Lisa Marie — who, it was claimed, was not in the house at the time of the shooting — is “beyond devastated”.

Her manager revealed: “She is completely heartbroken, inconsolable and beyond devastated but trying to stay strong for her 11-year-old twins and her oldest daughter Riley.

“She adored that boy. He was the love of her life.”

Benjamin kept out of the limelight, with just two film credits to his name — in 2005 documentary Elvis By The Presleys and voice work in 2017 US animation Rod & Barry.

Despite showing ability as a musician — even wearing eyeliner just like his superstar grandfather — Benjamin had distanced himself from Elvis.

Speaking in London in 2009 about his proposed album deal, Benjamin said: “The music will be nothing like Elvis, nothing like him at all.”

But no records were produced to test whether he could follow in his famous family’s footsteps and become the Prince of rock ’n’ roll.

He posted only a few pictures on social media over the past decade — showing him with his family and girlfriends on nights out.

In 2009, his spokesman said: “He’s a typical 17-year-old who loves music. He doesn’t get up before midday and then grunts at you.”

Six years later, Benjamin shared a snap of an Elvis outfit he had bought, writing on Instagram: “I purchased a piece of grandad today from a collector. He wore it in 1974. I feel a lot closer to him now.”

His mum’s 2012 song, Storm & Grace, which is believed to be about him — Benjamin’s middle name is Storm — hints at his reclusive nature.

Its lyrics include: “You have the most beautiful heart; That I’ve ever known; It kills me you can’t ever show it; And a shell has been grown.”

Benjamin’s death is the latest in a series of setbacks that have plagued the Presleys. Elvis lost twin brother Jesse at birth and his mum Gladys died from a heart attack aged just 46.

Friends say she is “utterly heartbroken” following Benjamin’s death. The four-times-married singer-songwriter has faced cash woes and legal strife and is believed to be struggling with ill health.

A source told The Sun: “Lisa Marie has been in a terrible place both physically and emotionally for a long time, even before this shattering blow.

“There are some major concerns about her, because of the combination of ill health and terrible stress levels.

“The sad reality is she lives her life these days in a thick, unhappy fog. The death of Benjamin, who she adored, will make things much worse.”

But Lisa Marie and Danny divorced in May 1994 and, just 20 days later, the daughter of The King married The King of Pop, Michael Jackson.

The pair had first met at one of her late father’s Las Vegas concerts when Lisa Marie was seven and MJ was in the Jackson Five.

Even before Lisa's divorce she was struggling, but over the past 12 or 18 months things have really sky-rocketed

The pair shared a kiss at the 1994 MTV Video Music Awards, with Jacko crowing: “Just think, nobody thought this would last!”

Sadly, the marriage didn’t — and two years later they were divorced. Even more of a whirlwind marriage followed for Lisa Marie — to oddball Hollywood actor Nicolas Cage.

They wed in August 2002 at a secret ceremony in Hawaii on the 25th anniversary of Elvis’ death.

But less than four months on, they announced their split. Lisa Marie said bluntly: “I’m sad about this, but we shouldn’t have been married in the first place.”

Her fourth marriage came in 2006 to American guitarist Michael Lockwood, 59, with whom she had twin daughters Harper and Finley, now 11.

The marriage lasted ten years — before breaking down in 2016. Ever since their separation, the two have been embroiled in an ongoing custody battle over their twins and Lisa Marie’s fortune.

After their shock split, Lisa Marie claimed in court papers that “inappropriate” images of children had been found on Lockwood’s computer.

But the Tennessee Bureau of Investigation later said it had looked into the matter and had “not been able to determine a crime occurred”.

Bombshell court paperwork also revealed the fortune Lisa Marie had passed to her when dad Elvis died had almost disappeared.

She had inherited £100million, but that quickly rose to an estimated £240million after a trust set up to run the fund aggressively exploited merchandise and licensing deals.

However, as the divorce from Lockwood rumbled on, she became crippled by debts and had to ask friends for loans — despite receiving £80,000 a month from her dad’s trust.

Siegel and his firm claimed in a countersuit that her money problems were due to her exorbitant spending.

Her financial woes got so bad that she had to move in with daughter Riley for a time — with the custody fight with Lockwood dragging on for years.

EVERY 90 minutes in the UK a life is lost to suicide.

It's the biggest killer of people under the age of 35, more deadly than cancer and car crashes.

And men are three times more likely to take their own life than women.

Yet it's rarely spoken of, a taboo that threatens to continue its deadly rampage unless we all stop and take notice, now.

That is why The Sun launched the You're Not Alone campaign.

Let's all vow to ask for help when we need it, and listen out for others... You're Not Alone.

If you, or anyone you know, needs help dealing with mental health problems, the following organisations provide support:

Our source added: “Even before her divorce from Michael Lockwood turned toxic, she was struggling, but over the past 12 or 18 months things have really sky-rocketed.

“She and Lockwood butt heads about everything. Lisa has made it clear she will fight him with all she’s got until there’s nothing left.”

Her children have been by her side throughout her decades of troubles. In July last year, she posted a rare snap of her with them on Instagram, captioned: “Mama Lion with cubs.”

Now with her only son gone, there are fresh fears for the first family of rock ’n’ roll. 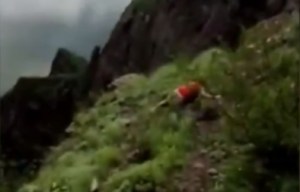 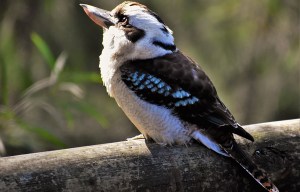 Can you spot the baby GOAT optical illusion in this mesmerising Kookaburra pic? 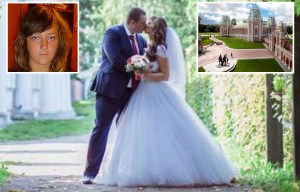 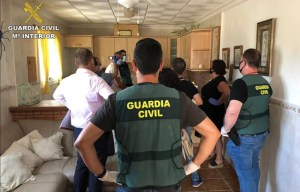 Brit, 70, murdered on Costa Blanca after thugs tricked way into her home 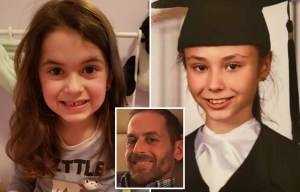 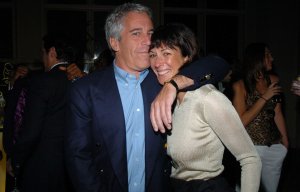 Nancy Sinatra, in a message to Benjamin, tweeted: “I have known you since before your mama gave birth to you, never dreaming you would have pain like this in your life. I’m so very sorry.”

Roy Orbison Jr, whose father performed with The King, added: “Everybody please pray for Elvis Presley’s family. They have had another terrible tragedy today.”

Solskjaer is the fifth coach with whom Manchester United reached the semi-finals of the European Cup
Manchester United are set to buy Sancho this summer despite Borussia's claim that he is staying
Shirokov beat the judge at an Amateur tournament: promised that # # # # # [vdarit] for a red card-and # # # # # [vdarit]
Brunu has scored 11 goals in 20 games for Manchester United. 7 of them were penalties
Lukaku has scored in 9 consecutive Europa League games. This is a tournament record
Konstantinos Tsimikas: Liverpool is the biggest club in the world. I supported them as a child
Marotta on the match with Bayer: I am very optimistic. Inter wants to win the Europa League
Source https://www.thesun.co.uk/news/12114409/grandad-elvis-presley-ben-keoughs-gone-too-soon/

Who is Craig Tinker actor Colson Smith and how has the Coronation Street star lost weight?

Toddler accidentally ‘shoots himself in the head with gun’ – and SURVIVES

Boyfriend beat partner and sent naked photo of her to friend

Uber and Lyft must classify drivers as employees, judge rules, in blow to gig economy

'We can do better': American doctor in Canada says Medicare for All would have saved lives during coronavirus crisis

Armed police and forensics at flats as scrambler bike towed away

How much did Mike Tyson get paid for Shark Week?

'SERCO must be sacked from running woeful test-and-trace system'

Line of Duty star says series should be finished by Christmas

Teen, 17, who’s 18st is jealous of her slim twin and blames parents’ snacking for her size on It’s Your Fault I’m Fat