EMMERDALE fans have accused Victoria Sugden of biphobia over her reaction to boyfriend Luke Posner telling her he had slept with a man.

The chef - who is played by actress Isabel Hodgins in the ITV soap - insisted she didn’t have a problem with Luke having slept with a man, but her actions said otherwise.

Luke had been forced to tell Victoria about his past after his ex’s flatmate Ethan arrived in the village.

Tonight he opened up to Victoria about it - and told her he had slept with a man before.

But Victoria’s reaction was one of anger.

“When I think of the thousands of times we’d poured our hearts out to each other, and what we’ve said, you’d think it would have come up before?

“So you knew Ethan before he came here? Is that why you’re telling me in case he did first?”

Luke tried to explain: “I went back to his place and Ethan was his housemate. I met him but the next morning it was awkward and I was just trying to get out of there.

“It was a one night stand, but then Ethan came here and recognised me otherwise it might come out otherwise.”

He added: “I’m not bisexual. I swear I’m straight.”

But Victoria insisted he had to be in denial, saying: “I have been through this too many times because I was Aaron’s first when we were teenagers.

“Yes, Aaron who was gay and boy did that cause problems before he came out. And then there’s Robert who ruined his marriage because he was lying about who he was. Not only have you lied, but you’ve pretended that you haven’t and that’s kind of worth.”

She said: “Robert used to go on about how much he loved Chrissie and all the while he was having an affair with Aaron. Who he was in love with - let’s not forget that.

“Unless you’re in denial like he was? I can’t get my head around the fact you never told me until now. It’s not just about the lying and the betrayal. I have to think about what I need - not just for me, I’ve got Harry to think of too.”

Fans accused Victoria of being biphobic and said she wouldn’t have reacted this way had Luke told her about a woman. 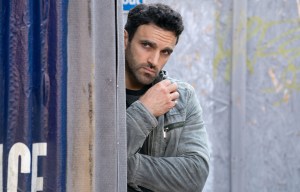 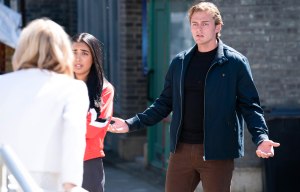 EastEnders' Peter rushed to hospital after streaking to seduce Ash 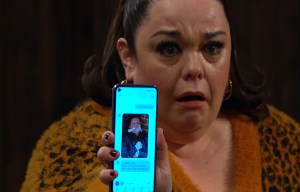 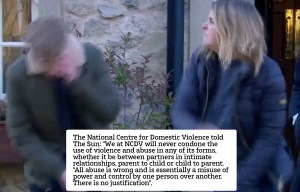 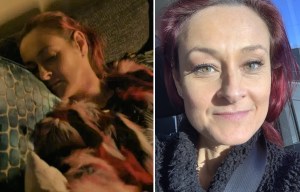 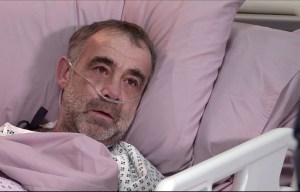 One wrote: "If Victoria's reaction isn't: 'that's fine, my boyfriend is bi, thanks for telling me' then I will go nuts"

A second said: "if they make my queen victoria dingle biphobic am starting a riot"

Another added: "I hope Victoria is ok with Luke still. They are good together"

Finland scored a single shot, but surprised Denmark with a transformer scheme. Russia is better to prepare in advance
Depay agreed to move to Barca. The transfer is expected to be announced next week
Denmark team doctor: Eriksen was breathing when we ran out onto the pitch. Then everything changed dramatically, but we pulled him out
Hazard on the laughter after Chelsea's Champions League relegation: Zouma and Mendy didn't even say anything funny. I understand that I hurt Real Madrid
Dalic to England: Croatia is not afraid of anyone. If we only defend ourselves , we are doomed
Inter director: Eriksen wrote a message in the team chat yesterday. He hopes to return
Embolo about 1:1 with Wales: It's a shame. Switzerland deserved to win

Covid jab doesn't affect fertility, this is where the myth comes from

8 signs that could mean your child has a food allergy

BEHIND BARS: Here's who has been jailed this week at Bradford Crown Court

Who should Manchester United keep and sell in summer transfer window?

Sunday could be the hottest June 13 on record, says Met Office

The changing face of Chester Zoo as it marks 90th anniversary

Scotland vs Czech Republic prediction: How will Euro 2020 fixture play out?

Austria vs North Macedonia live stream: How to watch Euro 2020 fixture online and on TV

Is Austria vs North Macedonia on TV? Kick-off time, channel and how to watch Euro 2020 fixture

Austria vs North Macedonia prediction: How will Euro 2020 fixture play out?

Is Netherlands vs Ukraine on TV? Kick-off time, channel and how to watch Euro 2020 fixture

Netherlands vs Ukraine prediction: How will Euro 2020 fixture play out tonight?

Scotland vs Czech Republic live stream: How to watch Euro 2020 fixture online and on TV

Is Scotland vs Czech Republic on TV? Kick-off time, channel and how to watch Euro 2020 fixture

Christian Eriksen 'unlikely to play again' after collapsing on the pitch

As summit ends, G-7 urged to deliver on vaccines, climate

18 criminals given a second chance who absolutely blew it

Normal £80k semi that hundreds of people are viewing online

Your home could be worth another £86k after six garden changes

Fear as letters warn people they could lose pensions and benefits

Euro 2020: split loyalties as UK bars put up the bunting for Croatian fans

Transfer news - LIVE updates on all the signing drama

The granddad who lost his voice after devastating stroke

Words 'Smoking Kills' could be printed on every cigarette

Manchester has been named one of UK's most 'zen' places to live... yep, really

Celebrity buzz: how stars’ bedroom toys have got us all talking about sex

Manchester hotel can't find anyone to chauffeur its Bentley and supercars

The slang words and phrases which used to be cool, but which no-one uses anymore

'I said goodbye as flames engulfed Grenfell, my friend knew she wouldn't live'

No more emails: why I’m walking from Land’s End to John o’Groats

Now the G7 too is having its energy sapped by Brexit

Was Joe Biden trolling Britain with his choice of poetry – or choosing his words perfectly?

It’s impossible to keep politics out of sport. And that’s just as it should be | Kenan Malik

Dealer who offered cocaine to police officer was shot by 'Wolfie'

Lesser known roads to beat the crowds to Formby Beach

Woman renovates old van into stunning motorhome and explains how

What Man City squad could look like after fantasy transfer window