They tell migrant parents they do not have to pay to carry babies and toddlers — and offer them further cut-price deals to take older children.

The gangmasters’ latest tactic to attract desperate families mean vessels are even more crammed when sailing to our shores from Calais.

A law enforcement official told The Sun: “The depths these criminals will sink to make their profit from misery knows no bounds.”

Our revelation came as 597 migrants arrived ­during the weekend heatwave. More than 4,000 have now reached the UK this year.

Ministers are braced for a dramatic increase in attempts on Tuesday, before bad weather later this week.

PM Boris Johnson blasted the bids as a “very bad and stupid and dangerous and criminal thing to do”.

The group were checked over and detained before being put in a bus. They could be returned by plane.

Home Secretary Priti Patel was in Dover to see operations and vowed: “I am committed to making this incredibly dangerous route unviable.”

British officials have been briefed on intelligence showing gangs are cutting their prices.

A charity worker in northern France told The Sun: “We’ve spoken to people intercepted en route to the UK who have told us how babies and infants are getting into dinghies for free. Younger children and teenagers are being allowed on for just a few hundred pounds a time.”

A source added: “The prices these gangmasters charge has dropped a hell of a lot recently.

“They are also tempting people by saying if you get stopped you can try again and again until you do cross.”

Migrants are also going to desperate lengths to avoid being returned once they arrive here.

A source said: “Some arrive having burnt fingertips or shaved them off.

“They have no ID and it is impossible to take prints to determine who they are, where they come from, or whether they have made the journey before and been caught already.

“They are effectively ghosts who arrive then demand asylum.”

Mr Johnson hit out after Calais’ MP taunted the UK — suggesting there was no way to stop the boats.

Pierre-Henri Dumont insisted they were doing all they could, adding: “If you’ve got dozens of crossings a day, that’s very difficult for us to stop.

“It only takes five minutes to have a small boat at sea full with migrants, with a coast of 300km to monitor.”

Mr Dumont added: “What is the British navy going to do if it sees a small boat?

“It’s a political measure to show some kind of muscle but, technically speaking, it won’t change anything.”

“When any boats are found they must be turned round and taken back to France. No ifs, no buts.”

Mr Johnson urged Paris to do more, saying: “There’s no doubt that it would be helpful if we could work with our French friends to stop them getting over the Channel.”

Speaking on a school visit in East London, the PM added: “Be in no doubt what’s going on is the activity of cruel and criminal gangs who are risking the lives of these people taking them across the Channel — a pretty dangerous stretch of water — in potentially unseaworthy vessels.

“We want to make sure that they understand this isn’t a good idea.

“It is a very bad and stupid and dangerous and criminal thing to do.”

On Tuesday, Immigration Minister Chris Philp will hold talks with his French counterparts and urge them to do more. Ahead of his trip, he blasted: “France is a safe country, so I share the anger and frustration of the public. This situation cannot go on.

“We intend to return as many migrants who have arrived as ­possible. There are return flights planned in the coming days.”

Downing Street said: “The Navy is well resourced and stands ready to help in any circumstances deemed appropriate. It’s up to Border Force to take whatever action they deem appropriate and they will always comply with maritime law.” An RAF spotter plane on Monday spent ten hours patrolling the Channel for dinghies in response to a Border Force request lodged on Sunday night.

The A400M Atlas took off from RAF Brize Norton, Oxfordshire, at 6am. At times it swooped below 500ft so the crew could spot boats by eye.

Earlier, the Navy admitted it “can’t wave a magic wand”. 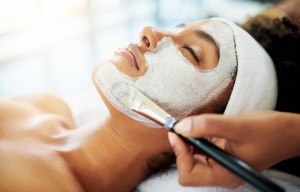 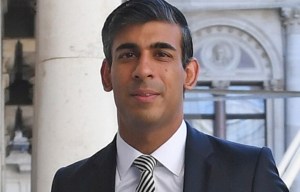 EATING OUR HEARTS OUT 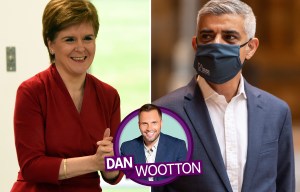 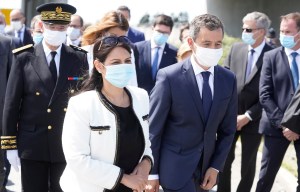 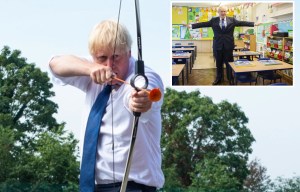 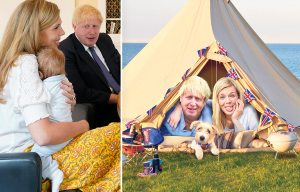 An officer admitted: “Overhead surveillance and reconnaissance might be more useful for Border Force ­vessels.” The National Crime Agency said last night: “We know that many of the recent attempts to cross the Channel have been facilitated by criminal networks who do not care about the safety of those they move.

“They just see migrants as a commodity to be exploited.

“As the gangs evolve and change their methods to evade law enforcement, so must we in order to stay one step ahead.”

Rakitic on the European super Cup: I want to make Bayern suffer
It turns out that in Italy they wrote a book about Streltsov - we were also surprised! And we found out from the author why he suddenly chose a Soviet hero
Suarez's examiner: we didn't pass questions to him. It's a lie that he can't conjugate verbs
Havertz on Barnsley's hat-trick: this is just the beginning, I want to score even more
RFU - Barnaul Dynamo: for payments for Sobolev, you need to contact Spartak
Barcelona - Suarez: Thank you for these 6 years! Player moved to Atletico
18-year-old Spartak youth midfielder Shiltsov called up to the first team (Sport24)
Source https://www.thesun.co.uk/news/12366897/evil-people-smugglers-lure-desperate-migrants-with-kids-go-free-deals-on-dangerous-small-boat-channel-crossings/

What is lipoedema? The 5 symptoms to know after Love Island star Shaughna Phillips reveals diagnosis

POLL: With Queen to receive MILLIONS, is Treasury right to prop up royals during crisis?

Kylian Mbappe could be available for just £91m next summer with Man Utd, Liverpool, Real Madrid and Barcelona keen

Carriageworks panto postponed due to Covid-19

You can now be fined up to £6,400 for not wearing a face mask in shops and taxis

Face masks ‘should be compulsory in offices to prevent second wave’

Greggs stop production at factory after being hit by coronavirus outbreak

Accies to show Betfred Cup game on their TV channel

Dad leaves son, 11, at home with complete stranger for five days as he jets off to Italy on holiday

Five sayings twats think are clever but everyone has heard

Democrats in Pa. scramble to limit number of 'naked ballots'

Mainland Greece could be next off the UK's safe travel list

How to get a free Burger King, McDonalds or KFC delivered to your door

Hamilton vs Schumacher: Wet weather, under pressure and consistency – who’s the GOAT with Brit set to match F1 wins?

New rules for visiting bars, restaurants and takeaways from today

Coronavirus UK news – Rishi Sunak to announce NEW furlough scheme TODAY – what time is the speech and how can I watch?

‘What country are we in?’: Biden blasts Trump for refusing to promise peaceful transfer of power

How to scan QR codes on iPhone, Samsung and Android phones in seconds

Coronavirus: 20th-century pandemics show the road to a vaccine is bumpy