Police want viewers hooked on the show’s terrorist plotline to consider careers in the force.

During episodes officers send out tweets under #Bodyguard with a link to Counter Terrorism Policing’s online careers page.

One message read: “While everyone is hooked on @BBCOne #Bodyguard, our counterterrorism policing teams continue to work around the clock to keep the country safe... Could it be the career for you?”

Before last night’s penultimate episode, the move had prompted 4,000 extra hits on the police recruitment site. 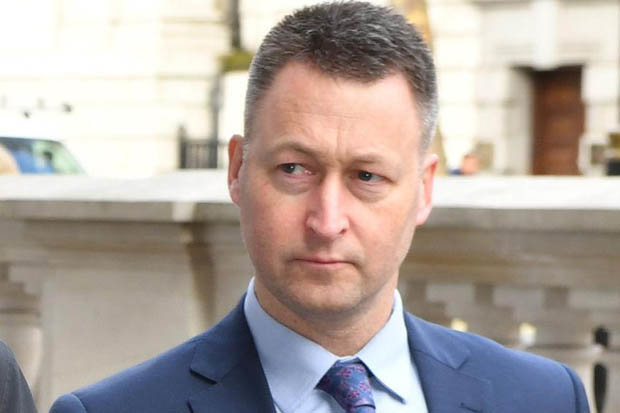 It has been such a success officers are now targeting the show’s 10million viewers on Instagram too.

Police chiefs gave the unusual recruitment drive the go-ahead after seeing how the nation was gripped by the drama which stars Richard Madden and Keeley Hawes.

The real police jobs advertised may not seem as glamorous, and include communications and IT roles for an “intelligence indexer” and “digital specialist in equipment interference”.

But the police unit, headed by Neil Basu, assistant commissioner for counter terrorism at the Met, promises: “Your role could see you working with security partners both at home and abroad.

“If the worst happens and an attack occurs you’ll be helping to bring the perpetrators to justice.”

Dean Haydon, senior national co-ordinator for Counter Terrorism Policing, said: “If we’re capturing the imagination of people who might not have considered a career in policing, that’s a great step forward.

“Of course we need more detectives and more armed offi cers, similar to those in the programme.

“But just as important are those with the technical knowledge and skills to exploit terrorists’ digital devices for crucial evidence gathering.”

Joleon Lescott: Messi and Ronaldo are super freaks! Sterling follows them
Maurizio Sarri: Now is not the time to think about Lyon. Atalanta is very good, it is difficult to play against them
De Bruyne has no intention of leaving Manchester City, even if the club is banned from the Champions League
Zlatan on Rangnick in Milan: I don't even know who it is
Abraham fulfilled the conditions for an automatic extension of his contract with Chelsea until 2023
Barca presidential candidate Font said that Xavi will lead the club if elected: we can't count on Setien in the future
Alli will not play against Arsenal due to injury
Source https://www.dailystar.co.uk/news/latest-news/730135/police-fight-recruit-terrorism-officers-Bodyguard?utm_source=feedburner&utm_medium=feed&utm_campaign=Feed%3A+daily-star-latest-news+%28Daily+Star+%3A%3A+News+Feed%29

Second stimulus checks worth up to $6,000 could be decided on THIS WEEK after Trump called for ‘larger’ payments

Ghislaine Maxwell news: Heiress is ‘forced to wear paper clothes in prison’ as lawyers say she should be granted bail

Truth behind 'urban myth' over why Liverpool has purple bins

Pervert who had his trousers 'around his ankles' sexually assaulted barmaid

Allotment owner's fresh idea to help others through tough times

Klopp's plea for 'better and fairer' solution to Premier League

Where is the F1 Styrian Grand Prix being held, and which country and track is hosting it?

Jack Charlton nearly joined police, was one of Revie’s enforcers and admitted he lived in brother Bobby’s shadow

Why isn’t Joe Root playing for England against the West Indies in first test?

Leeds warned about 'hugely influential' Brewster ahead of Swansea clash

Celtic and Rangers hailed by Rudi Garcia as Lyon boss