Guys who gorge on dough balls, burgers and chips more likely to have small testicles and a low sperm count, study says

MEN who gorge on dough balls, burgers, chips and cola are more likely to have small testicles and a low sperm count, a study suggests.

Researchers analysed the health and diet of 2,935 blokes with an average age of 19 during military service entrance exams.

Medics measured the fellas’ testicle size and examined the number, shape and swimming abilities of their sperm.

Those who ate a diet rich in fish, chicken, fruit, veg and water produced the most sperm and of a consistently high quality.

They also had the largest balls, the Harvard University boffins found.

Vegetarians typically ranked second, followed by those on a Scandi diet of dairy and smoked fish, with junk food addicts last.

But those who ate a largely Western diet, high in processed foods and red meat, averaged just 122million and 13.1ml.

Study leader Dr Feiby Nassan said men may boost their chances of becoming a dad by eating a balanced diet.

Prostitute who earns £2,000 a week reveals the average penis size ... and how much she enjoys work 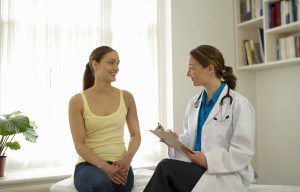 KNOW THE SYMPTOMS OF CANCER 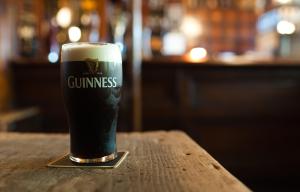 Guinness IS good for you - and here's six surprising reasons why 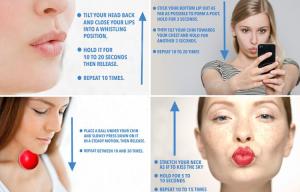 The truth about YOUR double chin, what's really causing it - and the DAFT exercises that can help banish it

The participants were all Danish men who must undergo medical tests around the age of 18 to check their fitness for military service.

Previous studies found sperm quality has decreased in recent decades, with counts down 60 per cent in Western countries from 1973 to 2011.

People on TikTok are coating their testicles in soy sauce in bizarre viral trend
Source https://www.thesun.co.uk/news/11016716/guys-gorge-dough-balls-burgers-chips-small-testicles-low-sperm-count/

Fears Prem clubs will go bust due to ‘domino effect’ caused by £1.6BN owed in transfer fees and reliance on TV money

Fake memories of crime can appear real when retold to others, study suggests

Real Housewives new series date announced - but someone is missing

OAP, 72, dies after 'fight' between dog walkers as man, 27, arrested for murder

NRL aim for 28 May restart for suspended 2020 season

1200 new cases, 114 deaths and everything else we learned yesterday

Lockdown expected to continue in UK in line with Wales

Flowers left outside house after man shot dead 'through window'

Hamilton Accies supremo would back ending the season behind closed doors

The adorable rescue dogs looking for their forever homes this Easter

Ten simple gardening jobs you can get done in an hour

Ten gardening jobs you can get done in an hour

Peter Kay's Car Share will return for a special episode

Coronavirus news you may have missed overnight: First big test for Dominic Raab as he faces questions on how long UK will remain on lockdown as Boris Johnson remains in hospital

Heartless thieves ransack family-run gym and steal £4,000-worth of equipment

Easter alert over fly-tipping on farms

Urgent appeal for equipment like paper, pens and books to give to children

The secret call of the wild: how animals teach each other to survive

Digital help on hand for Carers in coronavirus lockdown

Mum, 38, died after driving the wrong way of M4 while drunk and on drugs

How Rossendale Connected works, the people it helps and ways to donate