HOLBY City star Laila Rouass has revealed that she used to get urine thrown at her "every day" as a child as she opened up about racist abuse.

The 49-year-old actress, who is half Indian and half Moroccan, was targeted by cruel bullies growing up - and she is still subjected to racism in the streets now.

The star shared: "I got p**s thrown at me every single day.

Laila added to The Mirror: "It's terrible. If you tell people they don't believe it happens so often."

The beauty shot to fame as Amber Gates in TV drama Footballers Wives, and reprised her role as Sahira Shah in BBC medical drama Holby City last year after an eight year hiatus.

She also briefly appeared in Channel 4 soap Hollyoaks in 2003, and last year spoke out on her experiences of racism on the set that forced her to quit ahead of her contract.

Laila also claimed that show bosses forced her to strip off for a sexy calendar shoot - which left her feeling "dirty and weak" at the time.

The bombshell revelation came after Hollyoaks was at the centre of a racism storm, with Laila shocking fans when she tweeted: "To those 'at the top' - I spoke to @Hollyoaks when I was there about comments made to me… you did nothing. Absolutely nothing!

"The fact is… you made me fear for my job so much so that I begged my agent to find me something else. You called me stupid, silly and so much more.

"My agent found me something else, I left and you made me pay 10’s of thousands of pounds to get out of my contract a couple of months early despite my experiences there…

"When I told you I didn’t want to feature in you annual calendar where we were instructed to wear almost nothing, you booked my flight to Spain anyway. Your reasoning… 'We don’t have anyone that looks like you on the show'. The pressure you put on me made me feel helpless and stuck.

"I got on that plane, I took the photos, I felt dirty and weak afterwards but luckily I got another job, paid my way out of the contract (which I’ve never heard of any actor doing) and I wasn’t featured in the calendar. It was the best money I spent.

"So now you’re going to do something about it. I can’t tell you how happy I am to hear that. But the truth be told… where were you when I reached out? I can’t begin to imagine what other stories may surface but that was my experience. I managed 8 months and it was enough."

Lime Pictures issued a statement at the time following Rachel Adedeji's allegations of racism during her time on set. 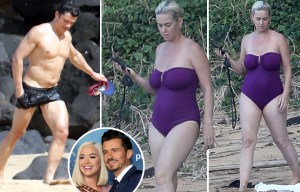 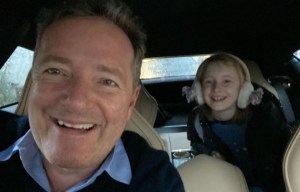 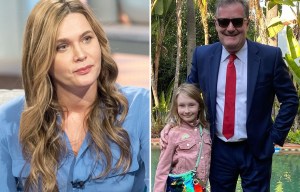 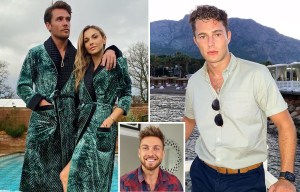 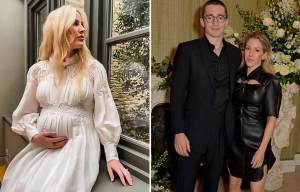 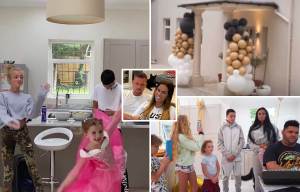 OUT WITH THE OLD

Katie Price's old home sells for £1.2million - but she won’t get a penny

The production company said: "Hollyoaks has been deeply shocked and saddened by issues that have been brought to our attention.

"Lime Pictures strives to have zero tolerance of racism or any form of discrimination across all of its shows but it is clear we have further work to do.

"We must stamp out implicit bias which means calling out racism wherever and whenever we see it.

"We will continue to add to our action plan as we continue and broaden our dialogue with cast and staff."

Rio Ferdinand: Maguire is not in too good shape. Former Manchester United defender Rio Ferdinand compared Harry Maguire of Manchester United to Everton defender Michael Keane, choosing the one who should play in the center of the defense of the national team of England
Antonio Conte: Tiki-taka or vertical football? Which is better?
Jan Oblak In the Atletico dressing room everyone is thinking about beating Chelsea in the second leg
Atletico Mineiro have confirmed Sampaoli's departure. The coach has agreed a 2-year contract with Marseille
Inzaghi on 1-4 with Bayern: Lazio scored three goals for themselves, in fact
Goretzka on the defeat of Lazio: Bayern acted aggressively from the first minutes and controlled the game
Koke: We will score 2 goals away from Chelsea-Atletico will go on
Source https://www.thesun.co.uk/tvandshowbiz/14144844/holby-city-laila-rouass-urine-thrown-every-day/

Lockdown end: Restrictions could be lifted sooner if ‘data shows it would be safe’ –claims

Tiger Woods is awake, responsive and recovering after crash

What the rules will be when pubs, clubs and restaurants open

What the rules will be when pubs, clubs and restaurants open in England

Amy Poehler: How the comedian killed us with kindness to conquer a world of cynics

Advice on tackling bloat in cattle

Golden Globes 2021 predictions: Who will win and who should win?

Golden Globes: The 13 strangest wins and nominations in history

Golden Globes: The 15 funniest jokes from its hosts

Yazidis have been forgotten during Covid. They need justice, jobs and a return home | Nadia Murad

‘Movies are the only thing I do’: The control and chaos of Wes Anderson

Is lockdown wearing off in Greater Manchester?

Arizona man ‘fakes own kidnapping’ to get out of work

The JCB engineering apprentice with tractors in her blood

‘They said a pig would never work’: The cult of Percy Pig and how a chewy sweet became a national treasure

Raheem Sterling backed by the bookies to score first against Gladbach

How Man City should line up vs Borussia Monchengladbach

The cost of a season without fans to Newcastle United

What Covid tier could each Ayrshire council area be in after lockdown?

AOC joins backlash over Biden child migrant camp: ‘This is not okay’

Controversial Shaw pub conversion is back on the table

Semi in need of modernisation sells for £50k above asking price