I bought £205,000 flat by making money from blogging and spreading my savings

A BLOGGER from Stevenage made extra cash from blogging and split up her saving to maximise interest to help buy a £205,000 flat.

The single first-time buyer paid her parents £200 a month to live with them while she saved, allowing her to set aside between £800 and £1,000 a month into her home fund.

The full-time digital marketer boosted her savings by promoting beauty and fashion brands through her lifestyle blog, merrymusing.co.uk.

Earning around £2,000 a year from her hobby, she’d put at least half of what she made into savings, while the other half was put aside to pay tax, student loan repayments and occasionally to treat herself.

The savvy saver also split her money across four different bank accounts to make the most of the top interest rates.

She used a Help to Buy Isa, which boosted her £4,000 savings by an extra £1,000, and she opened two regular savers that paid 5 per cent on her cash. Stephanie put the rest into an instant saver Isa.

Throughout the two years, Stephanie only went on one holiday, a week long break to Europe rather than her annual fortnightly getaway, which she’d already booked before deciding to up her savings game.

By the time she came to buy her home, she had £24,000 in the bank, enough for a 10 per cent mortgage deposit - the minimum required for someone buying on their own.

Almost three years after moving in, we caught up with Stephanie for this week’s My First Home.

I live in a two bedroom flat in Stevenage in Hertfordshire and I bought it on my own in June 2017.

Are you a first-time buyer who want to share tips on how you did it? Email us at money@the-sun.co.uk or call 0207 78 24516. Don't forget to join the Sun Money's first-time buyer Facebook group for the latest tips on buying your first home.

It’s got two bathrooms, one is an en suite and the other is a family bathroom.

It’s in a purpose-built block of flats - there are 32 homes here over three floors and I’m on the second one.

The kitchen and living room are open plan and it’s got two double bedrooms.

The main bedroom is bigger than the other one, which I use as a dressing room as I live on my own.

How much did it cost you?

I know that you can get mortgages with a 5 per cent deposit but these weren’t available to me as I was buying on my own.

I was told I needed a bigger downpayment as there would be only one income covering the repayments.

My mortgage is for 35 years and I took out a two-year fixed rate deal. I’ve just locked into another two-year fix at a rate of 1.5 per cent.

Annoyingly, I bought a few months before stamp duty was scrapped for first-time buyers so I had to pay another £5,000 on tax and fees.

How did you save for the deposit?

I already had about £4,000 in savings by the time I really started saving. This had taken me ages to accumulate though because I wasn’t really focussed on it.

It was 2015 when I decided that I really wanted to buy my own place.

Saving for the deposit was made easier by the fact that I was living with my parents at the time.

I paid them £200 a month for my keep, which was a lot less than what I would have had to pay to rent somewhere.

It freed up more of my cash so that I could put it into savings.

I was able to put aside between £800 and £1,000 a month depending on what I had coming up that I’d need to spend my money on, like birthdays and things.

Savings rates are pretty rubbish at the moment so I split my money across a number of different bank accounts to make the most out of them. It also helped me to budget.

I also opened a regular savers account with Halifax, where I also had my current account, which at the time offered 5 per cent.

What help is out there for first-time buyers?

GETTING on the property ladder can feel like a daunting task but there are schemes out there to help first-time buyers have their own home.

Help to Buy Isa - It's a tax-free savings account where for every £200 you save, the Government will add an extra £50. But there's a maximum limit of £3,000 which is paid to your solicitor when you move. These accounts have now closed to new applicants but those who already hold one have until November 2029 to use it.

Help to Buy equity loan - The Government will lend you up to 20 per cent of the home's value - or 40 per cent in London - after you've put down a five per cent deposit. The loan is on top of a normal mortgage but it can only be used to buy a new build property.

Lifetime Isa - This is another Government scheme that gives anyone aged 18 to 39 the chance to save tax-free and get a bonus of up to £32,000 towards their first home. You can save up to £4,000 a year and the Government will add 25 per cent on top.

"First dibs" in London - London Mayor Sadiq Khan is working on a scheme that will restrict sales of all new-build homes in the capital up to £350,000 to UK buyers for three months before any overseas marketing can take place.

Starter Home Initiative - A Government scheme that will see 200,000 new-build homes in England sold to first-time buyers with a 20 per cent discount by 2020. To receive updates on the progress of these homes you can register your interest on the Starter Homes website.

I could pay in a maximum of £250 and got the interest at the end of the year if I didn’t touch it.

I had a second current account with the Post Office that also let me open a regular saver at the same rate so I put the maximum £250 in there too every month.

Whatever I had left over, which could be anything between £300 and £500, I made sure that I put it in my instant access saver.

The rate on this wasn’t as good but it meant that I could put more in there every month and I wasn’t penalised if I had to dip into it for emergencies, such as paying for car insurance.

Managing this many bank accounts wasn’t particularly tricky - I still do it now, except I’ve renamed them things like “for holidays” and “rainy day” money.

It’s where I put any money that’s left over at the end of the month. It might not be much but it all adds up.

During this time, I didn’t book any holidays unless I’d already had them booked in before I started seriously saving.

I also stopped buying clothes unless I really needed them but I did keep my gym membership.

It was really hard work because every time I thought I had enough, I’d check house prices again and they’d jumped meaning I needed to save more.

My blog also helped me during the saving process as it became a bit of an extra income. I earned around £2,000 a year from collaborating with brands through it.

I still had to pay tax on the earnings and my student loan repayments would come out of it too, but I’d put half of whatever I earned into savings and used the rest to treat myself, as it was bonus income on top of my salary.

I’d started it seven years ago as a passion project, where I could write about my love of beauty and photography. At the time I was working in PR for a pharmaceutical company.

It wasn’t until the blog had been going to three years that brands started getting in contact with me asking if I’d work with them.

It’s not a reliable source of income for me though as it comes in peaks and troughs and it wasn’t guaranteed.

For example, Christmas is a busier time of year compared to New Year, when you might not be contacted by anyone.

I reckon I spend between 15 and 20 hours a week working on it so it does feel like a second job that I’d do on weekends and evenings outside of work.


How long did the process take?

I didn’t look at many properties before finding this one because there wasn’t a lot out there in my budget.

Of course, I’d have loved a house but that wasn’t going to be possible. I also didn’t want anywhere that was going to require a lot of work. Maybe a lick of paint at the most.

The flat was on the market for £205,000. I went in slightly lower than this but it was rejected so I went with market value.

From making an offer on the property to moving in took about three and a half months. I didn’t feel that quick at the time though.

It was previously a buy-to-let house so there was no chain but I had no idea of the process and it sometimes felt like nothing was happening.

I wish they’d taught us this sort of life stuff in school.


How did it feel to finally move in?

It felt amazing when I finally got the keys. I let myself in and walked around the flat and just thought “this is mine”. 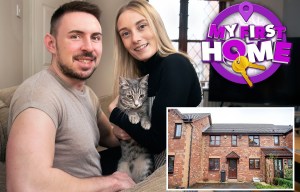 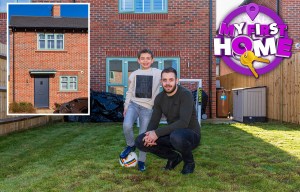 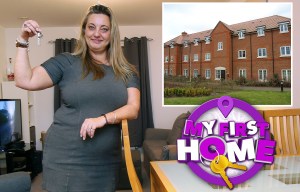 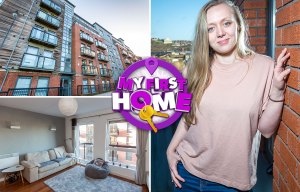 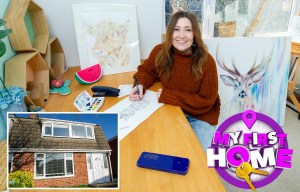 It didn’t feel quite real for the first few nights but when I started to decorate it and sort out the furniture it started to feel more like home.

I continued to save during the months that I was waiting to complete, meaning I had £2,500 for furniture, new paint and carpets.

I brought my bed and some bedroom furniture from my parents house but for everything else I went to Ikea.

When is the Liar final? Details as ITV teases penultimate episode

Real Housewives of Cheshire star celebrates her birthday in lockdown

Why doesn’t Karim Benzema play for France, what did he say about Olivier Giroud, and who has most international goals?

Farmer ‘may be first in world to be killed by UFO’ after ‘being zapped in face by small aliens’, bizarre book claims

15 easy kitchen hacks that will transform your life during lockdown

Horror as family including two children found dead at home

Who owns Brighthouse and why did it go into administration?

Coronation Street’s David Platt will be knifed to death after picking a fight with a gang, fear fans

Another eight die in Ireland as confirmed cases reach nearly 3,000

Man City haven't given up on signing Skriniar and more rumours

Stan Collymore: Grealish must get a firm kick up the backside to move forwards

Police Scotland confirm a body was found near a Lanarkshire bridge

EastEnders: What happens to baby Kayden?

Man arrested after allegedly making five 999 calls to complain about the NHS.

Macy's to furlough most of its employees amid coronavirus outbreak

Luiz Felipe Scolari: 'Everything I did as a manager, I learned as a teacher'

The temporary hospitals being planned for Wales for coronavirus patients

Brave DJ, 30, who battled leukemia for 2 years dies ‘from coronavirus’ after telling docs to ‘save someone else’