I’M A Celebrity fans will still get to enjoy the show’s ­legendary Celebrity Cyclone challenge this year, despite the move to North Wales.

Viewers had been concerned their favourite part of the series would not make it.

But The Sun can reveal it will be the jewel in the crown of the ITV show’s final week, as normal.

The task sees the famous faces don superhero-style capes and try to retrieve stars from a slippery hill as they’re blasted with wind, water ­cannons, foam and balls.

The Cyclone has provided I’m A Celebrity viewers with some of the show’s most hilarious moments.

A TV insider said: “This often took place in the heat of the Australian jungle which meant it could easily be staged outside where it needs huge amounts of space.

Jordan North shamed by campmates for weeing on the FLOOR 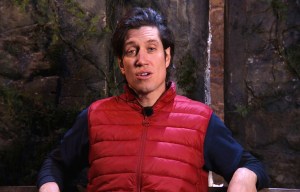 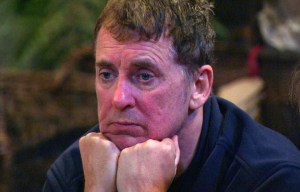 “That left fans wondering if building something similar in Gwrych Castle in Wales might be impossible, because of the freezing temperatures and the limited room inside the building and its grounds.

“But it seems producers, who are determined to ensure the British equivalent is just as fun as the one Down under, have found a way to make it happen.”

In 2018, even host Holly Willoughby took on the Cyclone.

Inter is known as Inter. There's no reason to add anything else. Moratti on changing the club's name
Laporta on the election: For Messi to stay, the president must appear as soon as possible. The postponement only hurts
Schalke and Ajax have agreed to move Huntelaar
Zidane on the criticism: It doesn't matter if I'm tired or not. Not only does the coach work, there is a lot behind the club
Barcelona to challenge Messi's suspension for hitting Athletic player on the head
Wenger on Ozil at Fenerbahce: He needs a warm environment. He always chooses the right decision in the game, and this is brilliant
Til Schweiger's company made a sugar documentary about Schweinsteiger: not a single acute topic and no Lama at all
Source https://www.thesun.co.uk/tv/13320696/im-a-celebrity-cyclone-challenge/

Nurse, 78, who delayed retirement to help treat Covid patients is killed by it

We simulated Fulham vs Manchester United to get a score prediction

British chef, 38, among 10 killed in Swiss Alps avalanche while skiing off piste

Cheltenham Festival countdown: Eight antepost betting tips with eight weeks to go until the Festival kicks off in March

LIVE as M60 shut after crash with traffic delays - updates

Iceland worker had knife held to his throat during armed robbery

We’re spat at, threatened with knives and risk catching Covid daily on the frontline as supermarket workers

Aubameyang sends farewell message to outcast Ozil ahead of transfer

Daughter, 12, ‘BLINDFOLDS dad before stabbing him in the chest and stomach’ as she’s found with cuts on hands

Calls for local elections delay as row erupts over leaflets

Brexit: Fury as meat rotting at border because of paperwork

Tokyo Olympics ‘unlikely’ to go ahead this summer due to coronavirus pandemic, predicts man behind London 2012 Games

Why aren’t Sam and Laura on First Dates anymore?

Woman escorted from supermarket by police after refusing to wear mask

Over 500 coronavirus cases in one day at Wirral’s peak

Still time to have your say on Newport Council's parking charges

ADVERTORIAL: Make sure you’re in good shape financially in 2021 and beyond

How France's Lupin became the surprise Netflix hit of the season

Trump news – live: President ‘desperate’ for goodbye event numbers boost as he wakes up to last day in office

Whipping up a storm: Egyptian ladies indulging in pastries with penis decorations open a Pandora’s box

From Jennifer Aniston’s coffee making ghoul to Kate’s garden ghost, the celebrities who share their homes with spirits