Former Celtic star Jozo Simunovic is set for a move to Turkey to join Trabzonspor.

The Croatian defender has reportedly agreed terms with the Turkish outfit after being surprisingly released by Celtic in the summer.

Neil Lennon decided to let him go despite a lack of cover at centre back, with Simunovic having won five titles during his time at the club.

Simunovic, 26, has spent the summer trying to fix himself up with a new club and he's agreed to move to Turkey to move to the Super League's runners-up, who are now managed by former Chelsea No.2 Eddie Newton.

Trabzonspor have already splashed out on five new signings this summer ahead of their attempt to win the Turkish title for the first time in 36 years.

Simunovic admitted in June he was disappointed Celtic weren't offering him a new deal. 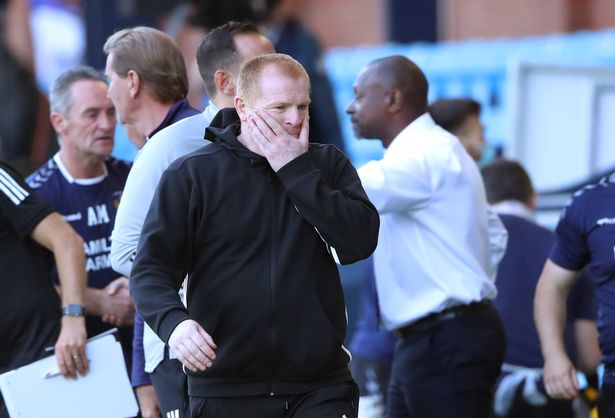 He said: "It’s a bit weird as I was at Celtic for five years and was a good part of the success. My wish was to stay for one more year minimum, as we have a good chance to do something historic.

"To win ten in a row would be a great achievement and I’d remember it for the rest of my life. Was I surprised to leave? I need to look at the whole situation in football right now and everything isn’t great with Covid-19.

"It was the club’s decision and I need to accept it. They are looking at everything as a business. What can I do? Of course I can say I am angry and sad that I am not at Celtic for next season.

"But I cannot change that. It’s the club’s decision and I need to respect it. It won’t spoil the way I look back at my Celtic career. I am still very happy and proud."

Barcelona's Interest in Isak Increased after Koeman's appointment. Larsson has a high opinion of the player (Mundo Seportivo)
Manuel Pellegrini: When you play against Real Madrid and var, it's too much
PSV and Porto are Interested in Barcelona midfielder PUC. He doesn't want to leave the club
Puyol about Barcelona: If we want to win the championship, we need to perform very well
Schalke sacked Wagner. The team has not won the Bundesliga since January
Iacini on 3:4 with Inter: Even a draw would be an unfair result, given how many chances Fiorentina created
Ramos Pro 3:2 with Betis: the Referee tried his best and didn't do anything intentionally
Source https://www.dailyrecord.co.uk/sport/football/football-transfer-news/jozo-simunovic-transfer-latest-ex-22521035

Biden to Dems: Focus on healthcare, not court expansion

Stranger with a saw attacks 'terrified' pensioner on mobility scooter

Pep Guardiola might think twice about staying after Leicester mauling

Ruben Dias: Manchester City close in on £64m transfer for Benfica defender with Nicolas Otamendi out

Cost of renting one of Liverpool's new council homes

French Open 2020: Murray out to Wawrinka, Gauff beats Konta - as it happened

The EuroMillions winner who blew £40m in just eight years

Harold Shipman killed my dad - did he also kill my mother-in-law?

Jota was a surprise but United claim shows his Liverpool destiny

'We can't treat every blocked nose as though it's Covid', says expert

Person in hospital after incident at Archway Underground

Person in hospital after casualty on the track at Archway Underground

If your friends or family have fallen for an internet conspiracy cult, here's what you should do | Van Badham

Clamp down on criminal activity in Stockton with motorcycles, quad bikes, vehicles and thousands of pounds worth of Cannabis seized

Hull City are showing they're up for League One fight

City 'in very difficult position' as infections double in 9 days

Witness appeal after Greenock 'disturbance' as man is hospitalised