KATE Ferdinand says she "didn't miss" her baby Cree on her first night out without him - saying "it was fabulous".

The ex Towie star, 29, was able to enjoy her first evening out with her friends last month, four months after welcoming Cree with husband Rio Ferdinand.

However, Kate said she "felt like herself again" on the night out and didn't miss him as much as people said she would.

"It was fabulous, I don't know if I'm meant to say that.

"Everyone's like, I've seen lots of people who have been like, 'Oh my God, you must have missed the baby so much.' I was like, no," Kate told The Mirror.

"I had a lovely time, it was really, really good. I thought I'd have a few drinks, I was too scared to drink too much so I had a couple and before you know it was back in the car with my blanket again and my makeup off.

"I was too scared of the hangover! You've got to think of the middle of the night wakeup, it's just not worth it to be honest.

"Nights out are a little bit different at the moment."

Kate recently opened up to The Sun about how she "didn't recognise" her body after giving birth to Cree via a Caesarean section.

The star said: "There are so many things about motherhood that no one tells you. I’d had the baby and I was in this whirlwind of emotion.

“My body was not the body I recognised. I felt really overwhelmed.

“I was feeling really abnormal and I started panicking. ‘Am I meant to be feeling like this?’

“I was so happy but very emotional. And I was looking through social media and thinking, ‘Is this normal? Because no one ever says this’.

“I thought, ‘If I put up a photo of me with my hair and make up done perfect, that is not real and it is not how I feel’. 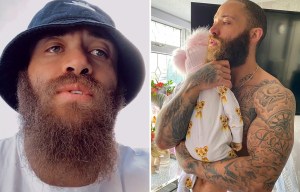 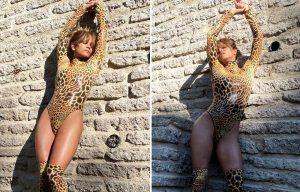 HAL IN A TIGHT SPOT

Halle Berry, 54, stuns in a leopard-print leotard with matching boots 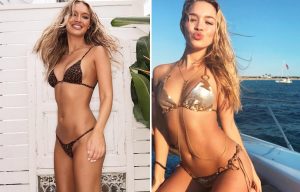 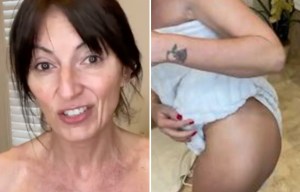 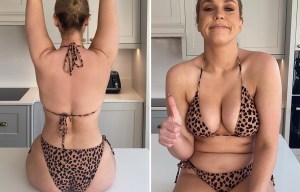 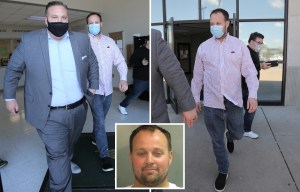 “I felt like I had to share it. And then it was crazy the amount of people who told me they felt the same. I think that’s why it is right to not share the perfect pictures all the time.

“When you are going through post-pregnancy, you can’t see out of the bubble. You think, ‘I am never going to go back to normal or feel the same again’.

“But you do come out of the other side and you will feel OK.”

Elin Hilderbrand to retire from writing beach reads in 2024

Picture of camouflaged snake leaves Facebook users scratching their heads… can YOU spot it?

The importance of cooking for Britons, according to poll

Amazon Prime Day 2021: This Furbo dog camera currently has 47% off

What happened to Caylee Anthony?

How many kids does Erika Jayne have?

UK's favourite supermarket named - and it may surprise you

The Brexit vote unleashed a nasty tide of xenophobia, racism and bigotry in the UK – I no longer felt welcome

Fury as Vodafone ditches free Wi-Fi on the Tube

Kate and William 'could see no point in talking to Harry' over leak fears, author claims

Aldi launches its first range of branded footwear including sliders

Tesco, Morrisons, Sainsbury's and Asda could run out of cupboard staple

Primary school has just one class left amid Covid cases

Princess Diana memorial statue: When will it be unveiled?

Will I need a Covid booster vaccine and when will it be available?

Which teams have qualified for Euro 2020 last 16 and are England through?

The major events that can take place this summer in Newport

Seven figures spent – but still no building work at riverside

Employers in Ireland are trialing a four-day working week

Widow loses battle with older love rival over husband’s share of £840,000 will

Carl Nassib comes out as gay: a game changer for the NFL