DIXIE Crush singer Lindsey Lagestee has died aged 25, after being struck by a car.

The country singer was making her way to a concert in Chicago on February 14 when she struck by the vehicle.

Chicagoland native Lindsey was taken to hospital but succumbed to her injuries on Monday, as confirmed by her band on Facebook.

The statement read: "To our Dixie Crush family, aka the #CrushCrew, thank you so much for the outpouring of love and support these past few days.

"Some of you may have already heard the terrible news, but It is with the heaviest of hearts, we sadly share that Lindsey Renee passed away on Monday due to complications from the accident last Friday.

"Our hearts are broken over this senseless tragedy. Information about services is posted below."

It continued: "Lindsey was a founding member of Dixie Crush back in 2015. From the very beginning, everyone knew she was something special. Her Uncle Tony described her best as a supernova.

"Above and beyond her beautiful voice, Lindsey just had a way of connecting with every audience leaving an indelible impression. Not only would she give an amazing performance, but after every show, Lindsey would come offstage, take time to meet anyone who wanted to say hi, take pictures, and build friendships."

The band added: "We in the band and Lindsey’s family are moved and comforted by all the beautiful stories and encounters that you have shared.

"We've received texts and posts from dozens of musicians and soundmen from Chicago to Nashville and beyond who had the chance to work with Lindsey over the years.

"We received notes, texts, emails, and posts from literally hundreds of friends and fans sharing stories and expressing their sympathy and condolences.

"The common thread was love. If you have a Lindsey story, please post it and tag Dixie Crush."

The statement concluded: "Above and beyond being an incredible performer, great friend, and the best bandmate, Lindsey was a loving daughter to Linda and Vaughn, compassionate sister to Lauren, Carrie, and Samantha, adoring aunt to Andrew, Colin, Danielle, Alexander, and Amber, and wonderful girlfriend to Kevin.

"Lindsey, you will forever be in our hearts!"

The band then drew attention to a GoFundMe set up for Lindsey’s family to help with expenses.

While they also shared information for services and funeral arrangements. 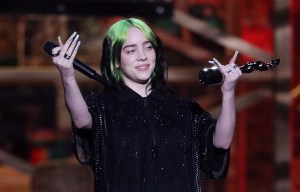 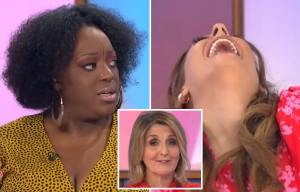 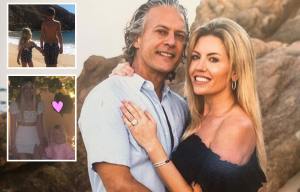 SLAP IN THE FACE

Speaking to Taste of Country, band member Jim Nonneman confirmed the tragic accident took place as she was heading to Firewater Saloon.

As well as being a musician, Lindsey was also a published pharmacist and graduated with a doctorate from Midwestern University with a PharmD degree.

The Chase's Mark Labbett wasn't happy to recognise this player

The Medieval Elephant in Art

Jacqueline Wilson: 'I've never really been in any kind of closet'

10 hobbies to take up during coronavirus lockdown

‘I live alone at sea. Here's how to be happy in isolation’

Coronavirus symptom app suggests Birmingham and Manchester may be future hotspots and 1.9 MILLION Brits may have it

Wear a mask: it may be our best weapon to stop coronavirus in its tracks | Jeremy Howard

Coronavirus: Scientists who cloned Dolly the Sheep 'in talks with government over potential virus treatment'

Jennifer Aniston says lockdown has not been a challenge for her: 'I'm an agoraphobe'

Labour leadership – live: Keir Starmer favourite to be named as Corbyn successor ahead of announcement