LOUISE Redknapp looked glamorous in a £1,400 Balenciaga coat as she volunteered to make packed lunches for children today.

Jamie Redknapp's ex was spotted delivering meals to kids after the government voted against the extension of free meal vouchers during half-term.

But the singer's nude raincoat stole the show with the word 'BALENCIAGA' emblazoned on the back.

Louise was joined by Love Islander Josh Denzel at The Schoolhouse in Battersea, where the stars were part of the full production chain.

Sharing pictures on Instagram, Louise said: "Today I spent the day preparing meals down at @theschoolhouselondon.

"They are offering free school dinners during half term and providing both cold and hot reheatable food packages for those in need.

"No child should ever go hungry. This amazing gesture from @mattmcclymont and @tomvwess is all helping those families struggling during these tough uncertain times and it would be amazing if more people or businesses could get involved."

She added: "We shouldn’t even have to be having the conversation about if or not children should be entitled to free meals... if the government won’t do anything about it... then we can try and help #endchildfoodpoverty x

"For more information or to support via the go fund me page head over to the @theschoolhouselondon page.'

Manchester United star Marcus Rashford has praised local communities for stepping up after his petition to give free school meals to vulnerable children in the holidays was voted down in Parliament last week.

MPs rejected a Labour motion to extend free school meals over the school holidays until Easter 2021.

And McDonald’s stepped in with a million free meals. 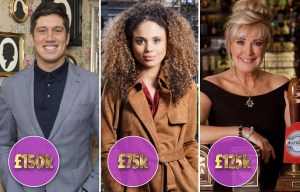 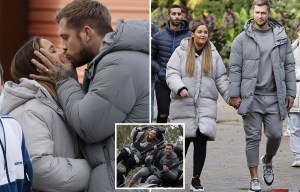 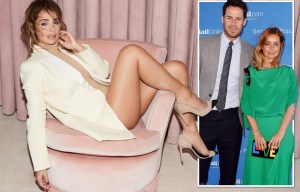 The nation’s heartwarming surge of support came after a Labour motion to offer free school meals over the holidays until Easter 2021 was defeated in the Commons.

Three Lions hero Rashford, — who forced a Government U-turn over vouchers in the summer holidays and was recently awarded an MBE — started tweeting the details of generous firms and councils on Thursday night.

Those backing the Manchester United striker include businesses in Tier 3 “very high” Covid alert areas such as Liverpool and Sheffield.

ISCO agent: he wants to try to play in another League
Roberto De Derbi is the new Serie A coaching star. His Sassuolo is the best control team in Italy, but it lacks improvisation
Wayne Rooney: Chelsea and Mourinho wanted to sign me, there were also Real Madrid and Barcelona
Eriksen can go to Real Madrid, ISCO-to Inter as part of the exchange (Sky)
Beckham returned to the cover of FIFA 23 years later. For this, he will get more than paid in real PSG
Barcelona transferred a 5 million Euro bonus to Borussia for Dembele's transfer. Catalans have already paid more than 130 million
Ramos and Benzema out of Real Madrid's bid for the Champions League match with Inter
Source https://www.thesun.co.uk/tvandshowbiz/13030601/louise-redknapp-balenciaga-coat-volunteers-packed-lunches/

Tier 1, 2 or 3? Here's where every area could end up based on infection rates

Unstoppable Seaham teen back at school after life-saving heart transplant

Brexit LIVE: They're FINALLY caving! EU 'set to give in' as standoff goes to the wire

POLL: Should MPs be blocked from getting £3,300 pay rise during coronavirus pandemic?

Are Canadians changing their attitude on migration due to COVID-19?

Newcastle United news LIVE: Next stage of the takeover battle

Is Manchester United vs Istanbul Basaksehir on TV? Kick-off time, channel and how to watch Champions League fixture

Manchester United vs Istanbul Basaksehir prediction: How will Champions League fixture play out?

Is Rennes vs Chelsea on TV? Kick-off time, channel and how to watch Champions League fixture

Rennes vs Chelsea prediction - how will Champions League fixture play out?

Opinion: Government U-turns could yet see lynx in Kielder

Will New York's elite give Ivanka and Jared a warm welcome or the cold shoulder?

St James' Park before it was transformed - how does this area look today?

Alicia Silverstone reveals son Bear, 9, decided to cut his long hair months after ‘kids made fun of him on bus ride’

Mum's agony as poorly son, 11, dies with meningitis and sepsis within hours

QAnon-supporting Republican congresswoman, 33, asks if she can openly carry her firearms on Capitol Hill