The senior Cabinet member’s warning came as she unveiled a raft of measures to make the immigration system fairer and end the export of benefits, saving taxpayers at least £800million a year. The row over Labour’s plan to splurge more than £100billion on nationalisation programmes yesterday grew as it added BT to the list of companies it would bring into state ownership. Others include water, energy and rail firms.

Research carried out by this newspaper has revealed dozens of private pension funds for ordinary people have invested in these companies.

According to figures from Water UK, more than six million people invest heavily in the water industry via 67 pension funds.

Pensions are paid for from dividends in shares and property investments made by the funds.

Blue chip utility companies are a popular choice for investments because they are seen as stable. 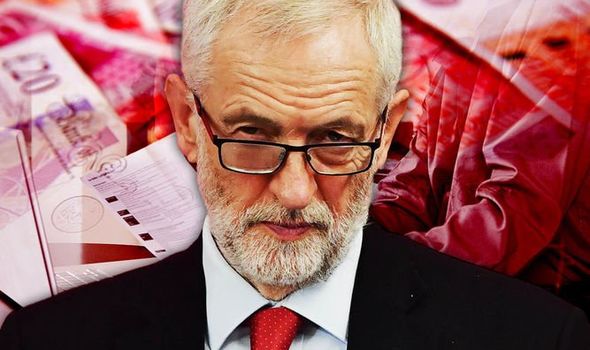 More than 350,000 Tesco workers and 300,000 members of BT staff with private sector pensions would also be hit.

The BBC, British Airways, Church of England Investment Fund for Pensions and the superannuation scheme for lecturers would also be affected.

Ironically, the pension funds of the left-wing RMT union are heavily invested in BT, the energy giant SSE and National Grid.

When asked if Labour’s plans would risk impoverishing people who have saved for their retirement, Ms Coffey said “yes”. She pointed out that the Tory’s triple lock on the state pension has added £1,900 a year to its value since 2010, but would do little to help with the shortfall if private pension funds were hit by Labour’s nationalisation plans.

Ms Coffey said: “Corbyn and Labour somehow imagine that it is just billionaires who invest in utilities. But in reality it is ordinary people’s pension funds, people in the public and private sectors who have worked and saved all their lives. 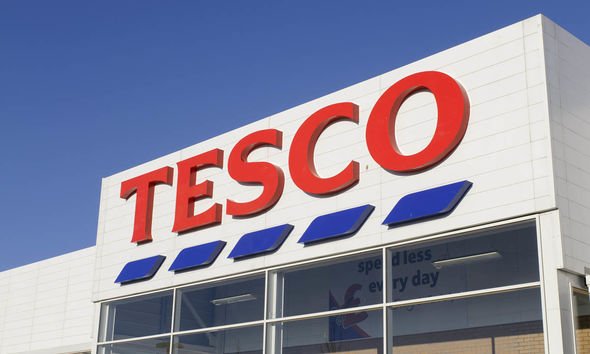 “For me, this is classic short-term headline-grabbing from the [shadow chancellor John] McDonnell agenda.

“He thinks he is pulling out something which sounds very glamorous and we are just going to nationalise things.

“The majority of people who have pensions invested – whether they are public sector workers or not – will be investing in our FTSE100 companies, which include BT.” Ms Coffey also warned that the nationalisation of industries would also have an impact on investment in the UK.

She said: “This will scare a lot of investors who are taking all that infrastructure investment so we can spend more on our hospitals, schools and all the other elements of public sector services. It’s taking with one hand and taking away with the other hand as well.”

Water UK has said the industry needs to invest between £8billion and £10billion a year to ensure water quality and environmental performance. Northern Ireland Water – which is still nationalised – has only managed to raise enough money in three out of the last 12 years.

Meanwhile, Richard Hooper, chairman of the Broadband Stakeholder Group, has warned the Labour threat of nationalisation “would wipe out the existing and future investment plans” for super-fast broadband.

In a separate development, EU citizens will have to show they have a job before being able to live in the UK from 2021.

The proposals will come into effect after Britain’s departure from the EU as a result of the Conservatives’ £20million boost to strengthen border control.

EU citizens will not be entitled to benefits for five years either whereas now, they can automatically pocket welfare as soon as they arrive in the UK.

As part of the plans, exporting child benefit to other countries will also be banned.

Ms Coffey said: “Nobody should ever be coming to this country with the expectation that they are going to start getting benefits. Understandably, we are moving to a points-based immigration system from 2021. 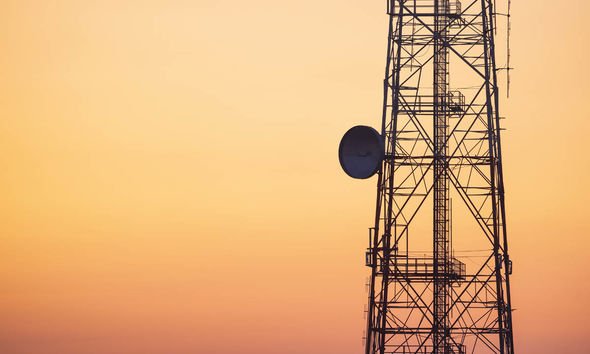 Threat of nationalisation could 'wipe out the existing and future investment plans' (Image: Getty)

“In essence, what we are saying is that every immigrant is going to be treated the same.

“If you are coming into the country then after five years – if you have basically settled, been here and made it your life – if you need help, we will help you.”

Labour has also pledged to increase the living wage by 2024.

But Rishi Sunak, Conservative Chief Secretary to the Treasury, warned any extra gains would be lost in higher taxes.

He said: “Whilst we’ve been working to make sure you keep more of the money you earn, Jeremy Corbyn’s Labour would take the equivalent of a month’s extra wages from you after hitting you with higher taxes to pay for their spending splurge.”

Having fat thighs could cut your risk of developing heart disease

All the confirmed Marvel movies in MCU Phase 4 including Black Widow, Thor 4

Hawaii Five-0 series finale: Alum Will Yun Lee looks back on ‘causing chaos’ as ‘crazy’ Sang Min in the pilot and beyond

Paramedics given face masks that expired in 2012 ‘fear catching coronavirus’

Brighten up your home with great deals on furniture, lighting and more

Bouncers at crematorium keep limit on mourners during coronavirus lockdown

US has TWICE as many coronavirus cases as Italy with Michigan, Louisiana and Georgia the next ‘hotspots’

Man, 34, takes own life after being ‘pushed over edge’ by coronavirus isolation

Sore muscles could be sign of most serious coronavirus cases

CombatCorona: How can I watch, when is it and who is playing in FIFA 20 tournament?

Selena Gomez opens up about bipolar disorder for first time

Woman, 39, fighting for life after ‘being set on fire by another woman in attempted murder’

The key coronavirus information from this week's Downing Street briefings

Great-gran, 99, becomes oldest Brit to fight off coronavirus ‘thanks to marmalade’

Coronavirus: Woman may have developed brain disease due to Covid-19, doctors say

Two of three people who died in house fire were stabbed to death, police reveal

Coronavirus: Heathrow to close half its terminals

To quote Donald Trump, we may have to cut of a leg to treat an ingrowing toenail