A BRIT tourist has been left mortified after smashing her two front teeth out as she sped down a "dangerous" water slide.

Charlie Clifton, 19, from Birmingham, fears her "teeth could die" after she slammed face-first into the edge of the slide in Gran Canaria.

Bloodied Charlie was left in agony for three days with her nerve exposed due to all local dental surgeries being closed.

An hour after arriving at Aqualand with her family and boyfriend she headed towards ‘The Labyrinth’ ride – a multi-lane slide which opened in 2015.

But as she hurtled down the slope headfirst, she was hit by an agonising sudden pain in her mouth - in echoes of a Brit left paralysed riding a similar waterslide in Benidorm.

Speaking to the Sun Online, Charlie said: “[I was] flying down at a high speed and bashed my mouth off the side of the slide, it was a blur, I was crying and mortified as I couldn’t see my mouth or what had happened .

“The lifeguard then started shouting prompting me to get out of the water so the next person could follow, even though he could clearly see what had just happened.

“I got to first aid and they sent us to an emergency dentist, [but] they were closed.

“I couldn’t speak, I was dribbling and spitting. I also couldn’t eat or drink because my nerve was exposed and every time I opened my mouth it hit the nerve.”

‘MY TEETH COULD JUST DIE’

Charlie’s family claim they later called the water park again for help, explaining that they were desperate and that the dentist provided was closed.

They said they were then sent on a wild goose chase, being provided the addresses of three more dental surgeries – only to find each one closed for the weekend.

Charlie added: “I had to cope in this pain for the whole holiday.

"Eventually, three days before flying, we found a dentist that was able to cap my teeth and hide the nerve until I got home.

“Now I am home they have repaired my teeth but I am told I will have problems in the future.

“I will need more work on them as the teeth can just die."

Charlie said she wanted to share her story from last August to warn of the "dangers" of water parks after a British man snapped his neck on a similar slide.

She added: “I definitely won’t be returning to the park now, or any water park as a matter of fact, especially slides in this same style, as I am afraid and I think they are extremely dangerous.

“I was extremely wary of it [the ride] because it was head first, and you come flying down at some speed, however I decided other people was using it therefore it must be safe.

“I have shared my story to warn people and to try and save more people from getting hurt.”

Earlier this week, Brit David Briffaut, 23, broke two vertebrae and faces being paralysed for life following a freak accident after sliding head-first down the "Splash" ride on a board in Benidorm.

It later emerged that the park, Aqualandia, had received a string of complaints about visitors suffering injuries on the slides.

One holidaymaker, Joe Pollard, 25, told the Sun Online that his face was ripped open during a visit to the park on a stag do.

He said: “I was in a lot of pain, and also I was in shock. I didn’t really know what had happened at first.

“There was a lot of blood, it was literally running down my entire body. My torso was crimson.

“I was injured because on one of the bumps on the slide I lifted into the air and then when I landed again it was on the divide between the two lanes.

“My head smashed into it through the mat and the mat then tore my face.

“Not one member of staff offered help or assistance. It was so obvious that I was not okay.

A spokesman for Aqualandia said it was “simply false” to suggest that the ride is unsafe. 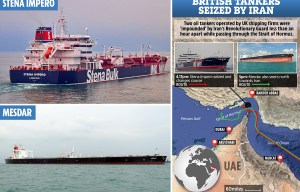 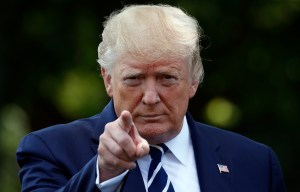 ‘IRAN IS IN BIG TROUBLE’ 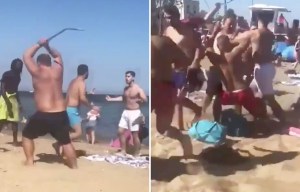 FIGHTING ON THE BEACHES 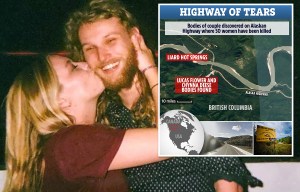 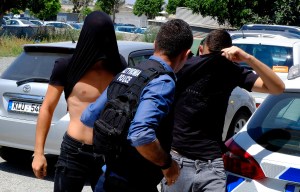 Brit, 19, 'fainted as 12 Israelis raped her one-by-one for an hour' in Ayia Napa 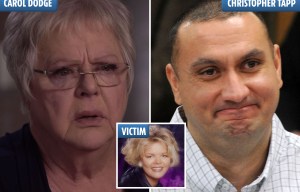 ‘THEY THREW HIM AWAY’

Mum helps CLEAR daughter's 'killer' after carrying out her own probe

The spokesman said: “Moreover, we have video footage which shows Mr Briffaut didn't follow the guidelines for Splash.

“Aqualandia has a long, 34-year history and safety is our top priority. Our rules and recommendations are clearly displayed all over the park and must be adhered to by our visitors.”

The Sun Online has contacted Aqualand in Gran Canaria for comment.

Gasperini on two penalties for Juve: They are above any rules in Italy. Did we have to cut off our hands?
Sarri Pro 2:2 with Atalanta: We played with one of the best teams in Europe right now
Pep Guardiola: Manchester City have won a place in the Champions League on the pitch. I hope that UEFA will allow us to play
Atalanta extended their unbeaten streak to 14 games and is ranked 3rd in Serie A
Ronaldo scored his 27th goal in Serie A, converting a penalty in the game against Atalanta. Immobile has 29 balls
Sterling scored 27 goals for the season and broke his record. He scored a hat-trick against Brighton
Three Atalanta players have scored 15+ goals in the Serie A season. This is the best result since 1952
Source https://www.thesun.co.uk/news/9539347/brit-woman-front-teeth-gran-canaria-water-slide/

UFC 251 live stream FREE: How to watch Masvidal vs Usman fight TONIGHT without paying a penny

You cant escape Christmas not even with a Caribbean holiday

Black Lives Matter: Up to 5,000 join anti-racism protest in Brighton