TERESA Giudice has been accused of using too much "photoshop" in a recent photo with her boyfriend Luis that fans called "fake."

The Real Housewives of New Jersey star has been open about her plastic surgery ventures in the past, as many fans plead for her to be "natural."

Teresa, 48, has been caught up in a whirlwind romance with her new man Luis Ruelas, as she took to Instagram today to share a sweet selfie of the couple.

The pair held hands while smiling at the camera, and the mom of four captioned her shot: "Happy to have the other half of my HEART ❤️ @louiearuelas #soulmate #complete #truelove #grateful."

"Seriously - she even had her hairline pushed back photoshopped on this pic," one speculated.

"Agreed, just be natural," a third asked, while another chimed in with: "Exactly so why do the fake yucky photo garbage shop????"

"Right?! She looks plastic...I think she ran out of filters," a final added.

In January of 2020, Teresa got real about her cosmetic changes, as she supported efforts made towards greater "confidence."

“I believe it’s important to always stand strong and feel like your best, most confident self,” she explained, after revealing her boob job.

The TV personality shared that she was "nervous to re-do [her] breasts", but was pleased with the outcome.

“I encourage anyone who doesn’t feel their best self to work on feeling better. Even if it is the smallest thing. If it is something that requires cosmetic surgery to feel better," she urged.

Teresa has also had lip fillers, and her eldest daughter Gia, 20, has had a nose job.

The Bravo star, who went official with her new beau in November, has spoken candidly about their future plans.

Earlier this week she spoke about their "amazing" sex life and their level of commitment in their romance.

Just last month the couple purchased a $3.4M New Jersey mansion together, as they took their relationship to the next step.

In a conversation with network producer Andy Cohen, Teresa admitted that Luis is “more open” than her ex-husband Joe Giudice, and helps her to “open up," as well.

She continued that they openly express their feelings to one another and both provide adequate attention to satisfy their partner.

The controversial star then gave details about their intimacies, gushing: “We can’t keep our hands off each other.”

When the host asked about their sex drive with one another, Teresa replied: “Yes, oh my God! Amazing. You don’t even know!”

The RHONJ star divorced Joe in September of last year after 20 years of marriage, but she even confessed to the possibility of tying the knot with her new man.

She maintained that she will “see what happens," but that she truly believes Luis to be her "soulmate." 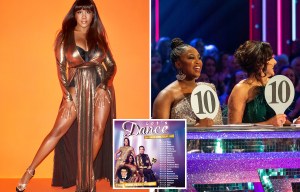 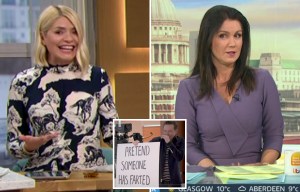 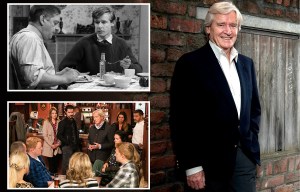 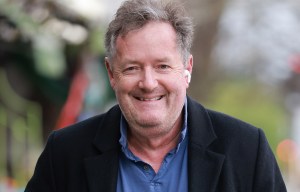 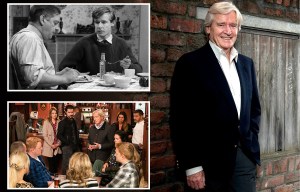 Bill Roache, 88, forced off Corrie for months after falling ill 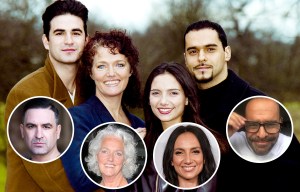 The New Jersey businessman has expressed interest in meeting Teresa's ex, as she explained: “He said he just wanted to talk to him and let him know that he’s not trying to take his place or anything.

“But he just wanted him to meet him because we have daughters and I just thought that was the most beautiful thing ever.”