CHRISHELL Stause has hit out at her Selling Sunset co-star Christine Quinn for alleging that Chrishell and her ex-husband Justin Hartley had been in therapy together.

This Is Us star Justin shocked fans in November 2019 by filing for divorce from Chrishell, a move which reportedly came out of the blue for the realtor.

It is thought the divorce and Chrishell's reaction will be a part of the third season of the Netflix documentary Selling Sunset but Chrishell has hit back at Christine's recent suggestion that "they were in therapy, so obviously there were some issues going on with them."

Taking to Twitter, Chrishell shared: "I just learned Christine is giving press ‘information’ about my divorce.

"Let me be VERY clear. She knows absolutely nothing about the situation and is obviously desperate to gain attention by doing so. Anything from her is either a complete lie or total conjecture on her part."

The 38-year-old added: "It’s so frustrating and unfortunate that someone would use someone’s personal painful situation to get press for themselves. I can’t say I am surprised, but please check the source. She has absolutely zero knowledge of the marriage we had."

Earlier on Monday, Christine had told Page Six that Chrishell's colleagues "all just thought maybe they were having communication problems for a while."

She continued: "We heard that they were in therapy, so obviously there were some issues going on with them.

"I hung out with him many times and he was an absolute doll. He has been nothing but nice and supportive to us."

Documents submitted to a Los Angeles court in November cited “irreconcilable differences” as the cause of their split.

Justin's documents allege that the pair separated in July 2019 however they had been seen out and about at public events together in the months after July. 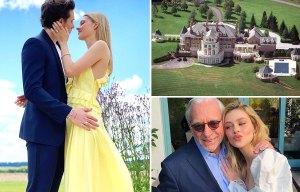 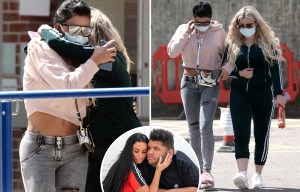 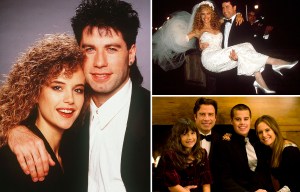 At the end of Selling Sunset seasOn two, a dramatic teaser for the upcoming third season showed Chrishell talking to Mary Fitzgerald in tears as she reveals how she was "blindsided" by the news.

"It’s just a lot all at once because everybody in the whole world knows,” she said, "I love him so much. This was my best friend. Who do I talk to now?"

Neuer on Ter Stegen: a Great result for Bayern, but I don't want my teammates to experience this
Messi is painful to watch. He did not help with goals and assists, in his eyes – hopelessness
Barcelona will be fired after Selena 2:8 from Bavaria (Fabrizio Romano)
Neymar went further than Barca in the Champions League for the first time after moving to PSG
Philippe Coutinho-transfer nightmare that brought Barcelona a lot of pain
Bartomeu on the future of Barca: Some decisions have already been made, while others will be taken
Thomas Muller: 12 or 15 Bayern players deserve the title of the best. We are here to win the final
Source https://www.thesun.co.uk/tvandshowbiz/12114854/selling-sunsets-chrishell-stause-slams-christine-quinn-justin-hartley-therapy-claims/

World Snooker final – O’Sullivan vs Wilson FREE: How to watch the action from the Crucible without paying a penny

Why did Fortnite get banned on Apple and Google Play?

Maisie Smith to be 'investigated by EastEnders bosses' after smoking pics

Two taken to hospital after nasty looking crash on A469

Boy, 13, is second teenager charged with murder of man found dead by church

Ranch fire Azusa map: How many acres have been burnt in Mountain Cove?

Ulrika Jonsson reveals stories behind her 13 tattoos including a devil on her bum, a dog’s paw and a sex symbol

Coutinho refuses to celebrate after scoring in Bayern's Barca destruction

Manhunt for ‘killer who fatally shot girl, 2, in the head while she sat in a car backseat’

Judge accused of threesomes with secretary and fellow judge was only playing a ‘prank’ on gossipy coworkers, aide says

Up to 2,000,000 GCSE results ‘likely to be downgraded’ with disadvantaged hardest hit

Khloe and Tristan share tactile moment as they 'rekindle romance'

Anne’s bodyguard shares his found, fruity memories of The Princess Royal as she turns 70