SIMON Cowell took a wrong turn on his bike last night and nearly collided with a car.

It comes just ten months after he broke his back in a horror accident in Los Angeles.

Simon, 61, ignored a red stop sign and headed down a one way street in London.

He soon faced a line of traffic and was forced onto the pavement.

The star is back in London after spending months recovering from his injury in the US.

He was riding a £16,500 electric bike in LA that can reach 60mph before he fell off and broke his back.

The Britain's Got Talent boss needed six hours of surgery and missed his spinal cord by a centimetre in the horrific accident.

But Simon insisted he was "lucky" he broke his back because it meant he "didn't get Covid".

He said his injury made it impossible for him to travel, but admits it was a "good thing" because it reduced his chances of catching coronavirus.

Simon was almost left paralysed when he fell from his electric bike at his Malibu home last year.

The X Factor judge also explained that the damage could have been far more life-threatening.

Speaking to promote America’s Got Talent, he said: "I was a millimetre away from just cutting my back in half. So I consider myself lucky.

"Weirdly, it was a good thing that it happened. I didn’t get Covid because I wasn’t able to travel and I probably would’ve done my fair share last year."

Simon broke three vertebrae, missing his spinal cord by a centimetre, in the horrendous fall.

The star fell backwards and smashed down on to a concrete floor in front of his horrified son Eric, six, and partner Lauren Silverman's teenage son Adam from a previous relationship.

He was rushed to Providence Saint John’s hospital in Santa Monica, a short drive from his £18million beachside property in Malibu, where he underwent his surgery.

He later confessed to fans that he had not read the instruction manual before trying out his new toy. 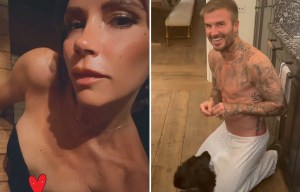 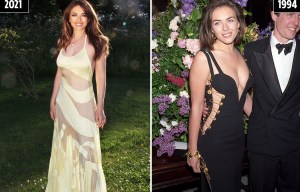 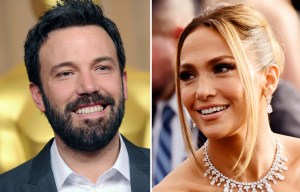 WELCOME TO THE WORLD 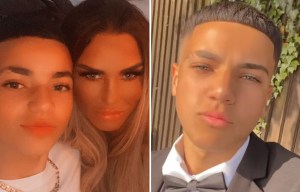 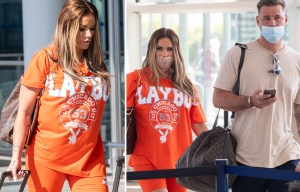 op on the plane

Breaking his silence, Simon tweeted at the time: "Some good advice…If you buy an electric trail bike, read the manual before you ride it for the first time.

"I have broken part of my back. Thank you to everyone for your kind messages.."

He added: "And a massive thank you to all the nurses and doctors. Some of the nicest people I have ever met. Stay safe everyone."

Thankfully, it hasn't appeared to have left any lasting damage either physically or mentally, with Simon unafraid to get back on the saddle now that he has fully recovered from his injuries.

Climate change ‘a hammer hitting us in the head’, says Oregon governor as wildfires rage

Horse racing tips: Build the Bank for Glorious Goodwood with THIS outstanding longshot

Covid cases fall for fifth day in a row

Clouds and rain for Manchester as heatwave comes to an end

What is Geena Davis’ net worth?

Where are the next Olympics being held and when are the Games?

Covid vaccines ‘thrown away as not enough people coming forward’

This year, the weather isn’t letting us carry on as normal | Emma Brockes

Major English Civil War battle near Merseyside you may not know

A road train will return to Porthcawl this summer

UK records 29,173 coronavirus cases as infections drop for fifth day in a row

Racing tips: Templegate NAP won at 8-1 last time out and is perfectly poised to strike again

TWO Love Island favourites brutally dumped tonight and sent back to the UK – but Kaz, Tyler, Abigail & Toby are safe

Olympics: How many countries are participating at Tokyo 2020?

People cycled through Cardiff with no clothes and everything on show

Former Swansea hotel can be turned into flats

Drink-driver crashed car through garden wall into porch of house

The places that get mispronounced - and how to say them properly