Simon Cowell's son Eric made a surprise appearance on The X Factor tonight so he could meet Louis Tomlinson.

The four-year-old popped onto screens wearing a pair of noise-cancelling earphone and shook Louis' hand as well as giving him a high five.

Speaking about fatherhood, Simon said to Louis: “It has been the best thing in my life.

You know why? Because I see everything through a more positive light now.”

Eric's mother is Lauren Silverman, a socialite from New York.

She and Simon, x, got together in 2013 amid some controversy as Lauren was already married.

Simon previously said about Eric coming on to the show: “The first time I brought him to Britain’s Got Talent he thought it was scary because of the big red Xs, but then after a few months I said, ‘What does Daddy do when he goes to work?’ and he said I pressed buttons – it’s a little more than that!

“He’s got a really good eye and ear for it, so yes, he’s going to be doing this one day.”

The ITV show has a newly revamped judging panel that includes the former One Directioner, Robbie Williams and his wife Ayda Field.

He then have his dad a cute little kiss

Meanwhile fans have called the show a fix after West End star Giovanni Spano was given a second chance after fluffing his audition.

Viewers couldn't believe it when he was allowed to pick another song and try again following his shambolic performance.

Giovanni started his audition by professing his love for rock music, telling the cameras: “My passion for rock music started at the age of eight...

"My mum came down the stairs one day and was like 'Who the hell is singing?' And I was like 'Mum, it's me!'

Taking to the stage, Gio misjudged the mood as he asked the live studio audience to join him in singing a rendition of Gimme Some Lovin’ by The Spencer Davis Group.

“Ok, we got it. This is not working for me at all,” the head judge declared. 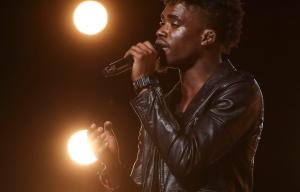 Who is Dalton Harris? X Factor 2018 contestant and performer from Jamaica 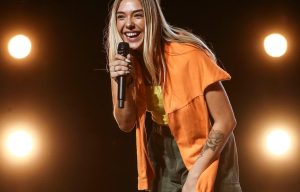 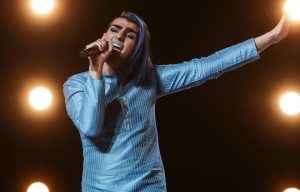 SOUND AS A POUND 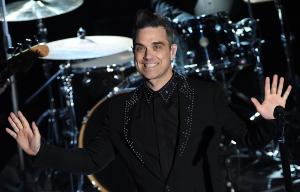 LET HIM ENTERTAIN YOU

Here's all you need to know about singing superstar Robbie Williams 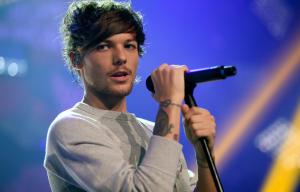 Simon then asked: “Giovanni, can we hear your second song please?” – and the long-haired performer then launched into a version of the Goo Goo Dolls' hit Iris.

Securing a yes from all three judges following the second performance, Gio sailed through to the next round – to the absolute fury of fans watching at home.

Lampard on 3-0 with Watford: a dry Win at home, three goals scored-Chelsea played very well
Pulisic on 3-0 with Watford: Chelsea needed this win. We are confident that we can get into the top 4
Rebic scored 9 goals for Milan in 11 Serie A matches
Mikel Arteta: getting Arsenal into the Champions League seemed impossible a few weeks ago
Бав Bayern won the gold double in Germany for the 13th time
Neuer provided an assist in the German Cup final with Bayer
Sarri about 4:1 with Torino: Juve had a false sense of security after a couple of goals
Source https://www.thesun.co.uk/tvandshowbiz/7273228/simon-cowells-son-eric-gives-dad-a-kiss-on-x-factor-and-is-excited-to-meet-louis-tomlinson/